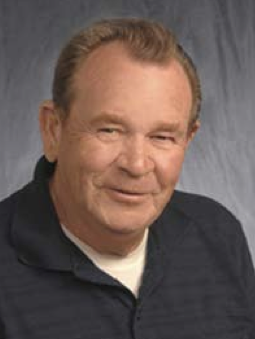 Dick Dudek’s weathered appearance and callused hands made him look gruff, but the twinkle in his eye and the generosity of his spirit would quickly reveal the soft-heartedness of the man. He was a humble and quiet man who never sought power or attention, but he was generous and meticulous in his service to God and to his brothers and sisters in the Buffalo branch of the People of Praise.

Dick was born in Buffalo on April 20, 1936, and lived in western New York his whole life, except for his time in the Army. His mother died of tuberculosis when he was only nine months old. He himself remained in a TB isolation facility until he was two, when a loving couple with no children of their own took him into their home. When Dick was 11, his natural father remarried, and he brought Dick back to live with his new stepmother and her two older children. This was not a good situation for Dick, but during this time he worked many hours in his father’s garage and developed a knack for fixing just about anything.

When he was old enough, Dick enlisted in the Army and served as a medic. After his first tour of duty he returned home, but was soon thinking about reenlisting . . . that is, until he went on a blind date with Mary Ann Tarnowski on November 8, 1958. Immediately, they were almost inseparable. Dick had no religious upbringing, but he could see the significance of faith to Mary Ann, and so he gave her a cross as a first Christmas gift. On her birthday, February 1, 1959, he gave her an engagement ring.

That September, Dick and Mary Ann were married. He adored her and appreciated everything she did. Mary Ann says that since the day they were married there was never a time when Dick didn’t thank her for whatever food she served and tell her how good it was. In 1962, their twin daughters, Dawn and Donna, were born. An interesting note is that even the doctor had no idea that Mary Ann was carrying twins. Dick was sure that the nurse who brought him the surprising news was joking, and Mary Ann thought the chloroform they used for anesthesia must have affected her vision! But there really were two beautiful little girls.

Dick always worked as a mechanic and he could fix anything. Just after the twins were born, he was working for the New York State Thruway Authority and suffered multiple injuries when a tractor slipped into gear, ran over him and mangled his foot. Miraculously, no bones were broken. With the help of family and friends, the Dudeks made it through the long recovery period on half pay. Dick retired from his position there in 1994 after a heart attack.

He always attended Mass with the family, but most of the time religion didn’t play a major role in Dick’s life. As a couple they attended a Marriage Encounter in 1975, but it was Mary Ann who became involved in the charismatic prayer meetings at the local church. Dick was always glad to let Mary Ann do whatever made her happy, but he didn’t join her at the meetings. Donna would often go along with her mother, but Dawn loved to be outside fishing, hunting, gardening or working with her Dad.

Around 2000, Mary Ann began attending intercessory prayer meetings with the People of Praise branch in Buffalo. Her most fervent prayer was that someday her husband would be sitting there beside her. It was years before he finally attended a Buffalo branch picnic, but once he came he never stopped attending branch events. He repeatedly commented on how evident the love of Christ was among the people in the community.

Dick made the covenant of the People of Praise on May 31, 2009. Quiet and unobtrusive, he never sought to be the center of attention. But, without fail, if anyone ever expressed a need, Dick was always there. One time, I mentioned that I was looking for a good used car for my daughter. At the next branch meeting, Dick said he had been driving around looking, and noticed one or two that might be worth my consideration.

Without fail, whenever there was an engine problem with people’s cars, lawn mowers, etc., but especially with a boat engine, Dick would always know exactly what the issue was and how to fix it. And he’d always remember to check back later and make sure everything was working. He quickly became the branch “go to” man for any mechanical problem, no matter how big or small. He also loved to fish and hunt. After he retired, he would take Mary Anne out in the boat all day, then Dawn would meet them for dinner and she would fish with Dick through the night.

At the branch celebration of Lessons and Carols in December, Dick complained that he wasn’t feeling well. A few days later he went to the doctor, who discovered a mass on his pancreas. Dick died January 6, 2011.

There are several important things that everyone will remember about Dick:

Family, including his five grandchildren and two great-grandchildren, was very important to him;

He could fix anything;

His love of the People of Praise and its members was sincere.

All of us here in Buffalo will sorely miss the twinkle in his eye and the warmth of his embrace.