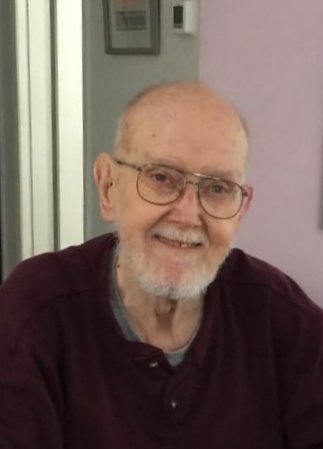 At his wake, friends and family described Tom as: patient, mischievous, solid, devoted, kind, gentle, accepting, quiet, loyal, trustworthy, warm, easygoing, wholesome, generous and never faltering. His son Jim noted, "His ambition was to be there for his family." His son Mark stated, “He’s the man I want to be—always there, always supportive.” Daughter Erin described his wild sense of humor and his determination to do whatever was needed for his loved ones.

In the early years, Tom was involved in Marriage Encounter and Parent-Teen Encounter. He had a special care for the unborn and was a longtime supporter of Birthright. He was involved in his church, committed to our community life, and quietly served others. He was always on hand when brothers moved a family or formed a work party. He was generous with his possessions, quick to loan his car or whatever a brother or sister needed.

Tom loved playing cards with community members or just spending time with them in small groups. He and Ann often involved community friends on river-rafting trips and on vacations: to the coast, throughout the west and to Alaska.

During the last several months of his life, despite many unforeseen health challenges, Tom never complained and always remained devoted to the Lord, his family and the community. He spent his last few days at home, surrounded by loved ones. Kathie Carolus recalls during her last conversation with Tom she said, “God bless you, Tom.”

● Tom was born April 11, 1939, in Okmulgee, Oklahoma, and died peacefully in his home in Vancouver, Washington, January 16, 2020.
● Tom met Ann Proctor while stationed in Germany as a military policeman. (Ann had moved to Germany to work for the military.) They married May 9, 1964, in Tulsa, Oklahoma, and made their home in Tulsa, where Tom worked first in radio advertising and then for an oil company. In 1970 the family moved to Vancouver, where Tom worked 28 years for the Clark County Public Utility District. Together they raised three children, and have five grandchildren.
● Tom and Ann joined Joy of the Cross Christian community in 1982, and came underway in the People of Praise with other Joy of the Cross members in 1983. They made the People of Praise covenant September 21, 1986. Their daughter Erin is also a member of the Vancouver-Portland branch.