A Chance Encounter Helps Save a Life 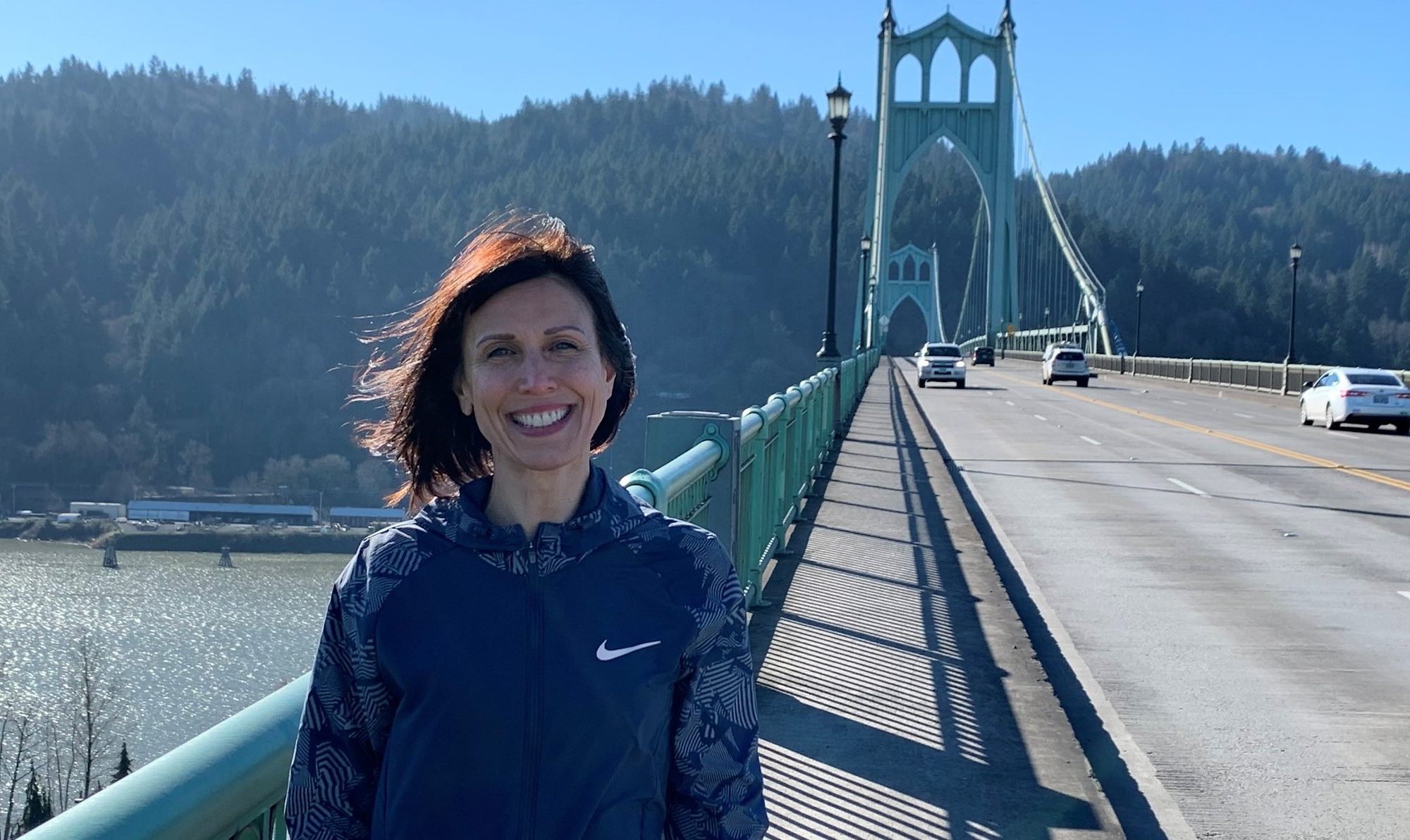 Jenny Ridenour (Vancouver-Portland), a mother of two and a hospice nurse, was out for her usual Saturday mid-morning run. As she ran across the St. Johns Bridge, a steel suspension bridge that spans the Willamette River, something caught her eye: a well dressed young woman, about 30, standing still at the railing, staring into the distance over the Portland cityscape. When she returned across the river a little while later, Jenny noticed that the woman had barely moved. As she ran by, she felt a prompting from the Lord: You could stop and see if she’s okay.

Jenny made an abrupt turn and returned to the woman. She put a hand on her shoulder and asked if she was all right.

“No,” said Susannah (not her real name). She looked pale and drawn.

“Can I pray with you?,” Jenny asked. Susannah agreed, her tears beginning to flow as Jenny prayed. “God, we know how much you love Susannah. She knows you are here with her and that you want to comfort her.”

Jenny asked if Susannah wanted to talk about what was troubling her, and hesitantly Susannah shared that she had had an abortion. She didn’t feel right with it. Didn’t think she could deal with it.

Jenny was aware of the tall bridge they were standing on, the long drop to the river. She asked, “Were you thinking you didn’t want to live anymore?”

“No,” said Susannah, she did not want to live.

At that moment, a fire truck and ambulance arrived, followed by police cars. A passerby had seen Susannah put her leg on the handrail and called 911. The firefighters blocked off one lane of traffic, and the police approached Susannah and Jenny. As one of the officers talked to Susannah, trying to assess the situation, he kept a tight grip on her arm. The scene attracted a lot of attention from passing cars, with people gawking. Susannah, agitated, clammed up. She wouldn’t give the police a straight answer. She seemed overwhelmed by all the commotion.

Eventually, Jenny asked the police officer if they could leave the bridge and get out of the spotlight. Susannah allowed Jenny to accompany her off the bridge. The police, as well as Jenny, wanted Susannah to go for a medical evaluation. Susannah was reluctant. She wanted to go home without calling anyone and without seeking help. Jenny said, “Look how much God loves you, that he sent all of us here, people who can help you. He loves you!”

Finally, Susannah agreed to be taken to a hospital that assists people in mental health crises. Jenny gave Susannah her phone number, saying, “Once they let you go, text me, and I’ll take you back to your car.” Jenny went home, praying Susannah would text.

Susannah did text later that day. Jenny asked her husband Andrew what he thought of Jenny taking Susannah out for coffee. Andrew responded, “Yes, and get her something to eat too.” Susannah agreed, and they went to a coffee shop together.

Susannah said she was a nonpracticing Christian. “I know better. I know abortion is wrong.” Jenny says, “I strove to show her the truth. I told her, ‘We all make mistakes. Yes, it breaks his heart, but the Lord can redeem anything.’ The Lord brought back to me pieces of my history and my life in the People of Praise which might be useful. There was no fluff. She and I were open.”

When Jenny dropped Susannah back at her car, which was parked near the bridge, Susannah asked her to pray with her once more. “I didn’t even know God was still doing things in this world,” she said.