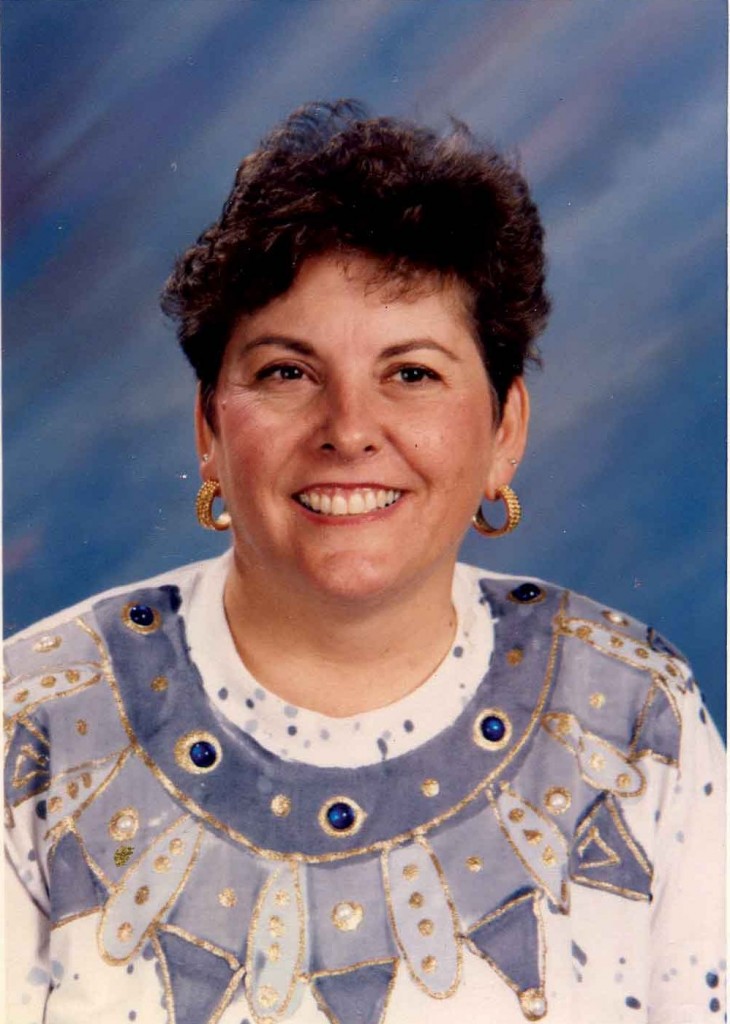 “We experienced Christ in Jean, and that changed us, and we are very glad for that.” With these words Patrick Pingel opened the wake for our covenanted sister Jean Chambers, who died on August 22. All who spoke that evening echoed Patrick’s words, as well as echoing his joy.

Jean Kline was born in Mishawaka, IN, November 17, 1945, and lived there her whole life. She and Stan were next-door neighbors as teens, and they married on June 25, 1965. She worked as a long-distance operator for Indiana Bell until their sons Matt and Andy were born, then she stayed home to care for them. She attended evening classes for seven years at IUSB to earn her master’s degree in education and special education. After the boys started school she began a teaching career that continued for 34 years: first in special education, and then in elementary school, the third and fourth grades. She said she loved teaching those grades because the kids were still young enough that you could hug them, and they were old enough that they could really start learning. Stan says Jean always wanted to be a teacher: “In high school, that’s all she ever talked about doing. She felt she was doing something important for the kids by teaching.”

Her students loved her in return. One day a few years back, after chemotherapy had caused her to lose all her hair and she had started wearing a turban, her entire class wore turbans or scarves just to be in sync with her.

Stan and Jean were watching local television news one night in 1973 and saw coverage of the Catholic charismatic conference at Notre Dame. Cardinal Suenens was talking about being baptized in the Spirit and having a personal relationship with Jesus. Stan had been raised Baptist and knew what a personal relationship with Jesus was. Jean didn’t quite know what to make of it. But both were intrigued to hear this Roman Catholic cardinal talking about it. Well, in fact they were more than just intrigued, says Stan. They had an argument about who had a better relationship with God! They decided the only way to settle the question was to go to a charismatic prayer meeting and find out. So they showed up at the Wednesday night meeting in the basement of Christ the King church in South Bend.

After the meeting, Stan asked her, “What did you think?”

Jean said, “I don’t know about you, but I’ll be back next week.”

They didn’t miss a meeting after that, and soon formed strong bonds with many of the regulars. On the way to the prayer meeting on Wednesdays, Stan would pick up riders such as Tom and Helen Rudd, then swing by to pick up Jean at IUSB as her class was ending. “I don’t think we were able to make the first Life in the Spirit Seminar at Christ the King,” he recalls, “but it was one of the first.”

When it came to joining the People of Praise, Stan and Jean were just as decisive: “We were called to it, we never had any second thoughts.” They made the covenant on September 24, 1977. Over the years they had three periods of household life: with Tom and Karen Yoder for two or three years, with Jay Conway and her son Luke for four or five years, and with Geoff and Sue Kelleher for several months while they were in the process of moving to South Bend from Hawaii. Jean led a women’s group for a time, and worked at the community’s LaSalle Restaurant. She also served regularly on deliverance teams, at the weekly prayer meetings and at the annual Notre Dame conferences.

Jean excelled at being realistic and practical. She frequented garage sales and the branch’s used goods room in the LaSalle Building to find second-hand clothes for herself, but bought new things for her sons. Helen Rudd recalls, “She always made sure everyone was taken care of. At restaurants she’d always order some unusual appetizer and then pass it around so we all had a chance to taste it, whatever it was. She was always getting books and recommending them or loaning them out. She also loaned out Stan—when she heard about a need, she’d say, ‘Stan’ll help you!’”

Mary Lou Cressy described Jean as “really down to earth, a person of good will. She loved her family and her co-workers and her students, and when you were around her you always felt great. She always thought the best of everybody.”

Melanie Decker told a story about Jean’s practical care for others: “One time when Stan and Jean were driving home from Florida, they were miles down the road when they found out one of their grandkids was sad from missing a grandmotherly hug before they left. So they turned right around and drove back to give that grandchild a hug.”

Jean went through a bout with cancer 23 years ago, and the disease returned two and a half years ago. Melanie recalls, “She talked very matter-of-factly about it, where and how it was spreading, but never complained. She believed in her heavenly Father and knew that he would care for her.”

“The last few months she really missed going to the branch meetings,” says Stan, “but her women’s group came over all the time, brought her Communion, prayed with her, shared with her. She was blessed when about 25 area members came over to the house and played guitar and sang. She loved it.”

“She loved the community,” he adds. “Being in the community gave her friendships with so many godly women. They influenced her and she influenced them. They prayed together, they partied together. You don’t see those kinds of relationships a lot in the world.”

As we gathered together at the wake to honor Jean, many people quoted 1 Corinthians and Proverbs 31, and rightly so, but a simple phrase in Maureen McDonough’s sharing seemed to summarize the breadth and the height and the extent of Jean’s life: “Love spread its wings.”