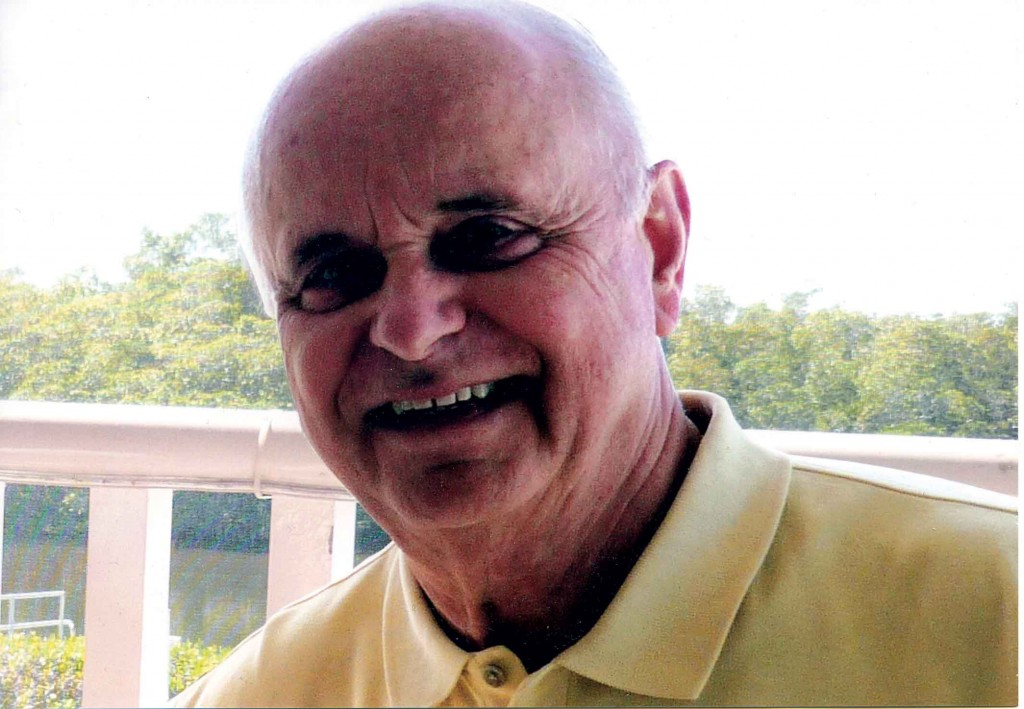 Terry was born September 27, 1938, in Cincinnati, Ohio, and grew up there, the oldest of five children. He died suddenly at the age of 71 on February 11, 2010 while wintering in Florida. He had a wonderful life.

Terry met Sue in 1957, and they were married in 1960. They became one in marriage and one in Christ, and it’s next to impossible to speak about one without the other.

After a stint in Fort Sill, Oklahoma, the Schneiders moved to Cincinnati, where Terry served for seven years in the Army Reserves. During that time they started their family of two daughters, Lisa and Lynn, and then two sons, Terry and Todd—all in five years.

Every year Terry would insist they take a camping vacation. They would load up the family station wagon, attach the pop-up camper and head out to explore America. They went everywhere—two adults, four kids, no iPods, video games or TVs—on the road for weeks at a time. The kids learned a lot of skills from Terry, like how to build a blazing campfire, how to roast a perfect marshmallow, how to determine the melting point of aluminum cans and how to share oneself around the campfire.

In 1973 Terry and Sue went to a Scripture course led by Fr. Richard Rohr, and through this they were introduced to the charismatic renewal and gave their lives to God in a new way. They soon started the Open Door Prayer Group in their parish.

In 1975 they became foster parents and continued this ministry until 1980, when Champion International, Terry’s employer, transferred him to Stamford, Connecticut. They were there four years, when once again Terry got a transfer order, this time to Minneapolis, and found what the Lord had been leading them to—community life in Servants of the Lord. It was a wonderful marriage between them and the community who reached out to embrace them and their growing family. They made the covenant of the People of Praise on September 15, 1987.

Terry and Sue became foster parents again after arriving in Minnesota. They welcomed two Vietnamese refugees into their home in December of 1980. Phoung Hoa and Cho Do were 12 and 16 years old when they arrived and are still part of their family. Terry taught them math, Sue taught them English. Terry and Sue went on to foster many newborn babies. In one year alone they welcomed 10 newborns.

Terry was ordained as a deacon in the Roman Catholic Church in 1997 on his birthday, September 27. He truly enjoyed this ministry, serving at Holy Name of Jesus Church in Medina, their home parish, and also at the Church of Saint Anne in Hamel, as well as being both deacon and business administrator at the Church of St. John in St. Paul.

Terry was a men's group head for a good number of years, and he and Sue were part of the prayer team for healing that ministers before each community meeting.

Both Terry and Sue were known for their willingness to pray with people, especially those with physical ailments. Terry would say, “Our job is to pray; the Lord’s job is to heal.” In January of 2007, while he and Sue were in Florida sitting around the pool, a young man came by and Terry noticed he seemed to be in pain. The man told the Schneiders he had a severe back injury and hadn’t been able to work for over a year. Terry and Sue took him into their condo and prayed over him. After 30 minutes he said the pain was gone, and it was the first time he felt the Lord near him in a long time. He must have told the whole condo complex, because the next day Terry and Sue had 11 people knocking on their door to be prayed over, and many reported feeling at peace and receiving healing in some way as well!

Terry made every attempt to be a part of the important events in the lives of his children and more recently his grandchildren. He was there for graduations, First Communions and award ceremonies, and had the thrill of baptizing several of his grandchildren. He was a great fishing instructor at the dock: willing to teach proper technique and do all the night crawler dirty work. He was the ultimate fan at any sporting events where his grandchildren were participating, going to every game possible, and sometimes letting the refs know he didn’t like their calls.

Those who knew Terry well will tell you he was a great listener and he was always very generous. In fact, his kindness was wonderful. He was always willing to give a helping hand. He never bragged about anything—with the possible exception of his wife, kids, grandkids and most of the other people he met. He had a spirit of healing about him. He was a strong family man and a man of action, quickly responding to others’ needs. He was nonjudgmental, always positive. He loved the Lord.

Terry was the boater guy, the camp director guy, the wallpaper guy, the guy with the camera (he loved his pictures), the dessert guy, the coach and grill master, the gardener who loved a meticulous lawn, the grandfather who had game night with his grandchildren and the guy who was always on time, especially for church. In fact, he used to say, “If you weren’t 10 minutes early, you were late.”