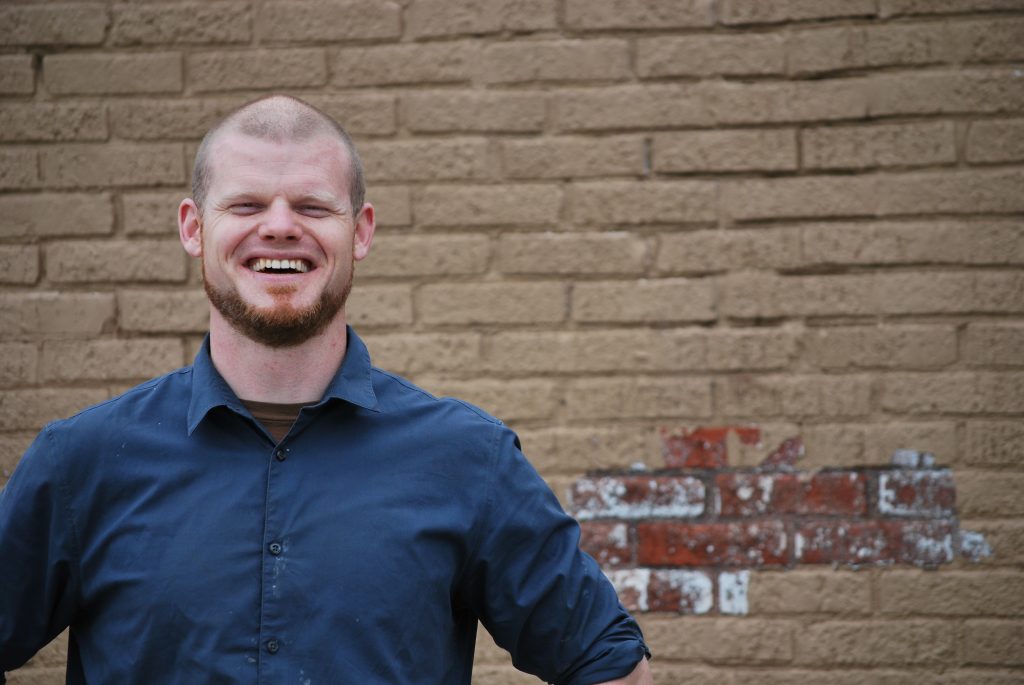 Rus Lyons in front of the new location of The Custom Cottage on the South Side of Indianapolis. Photo by Patricia Olson.

This week Rus Lyons launched the third location of The Custom Cottage on the South Side of Indianapolis.  The new business will build hand-crafted hardwood furniture, including beds, tables, dressers and desks. It has a twofold mission: creating custom-designed furniture for customers and providing jobs for hard-to-employ neighbors. It’s motto: building lives by building furniture.

“The furniture we make is solid wood and heirloom quality at an affordable price,” Rus says. “Our furniture, while sturdy and attractive, also reflects some of the history of the wood and of the workers, so that each piece tells a story of redemption.”

On April 30 the Indianapolis city council certified a zoning change that allows The Custom Cottage to conduct artisan manufacturing at a 7,200-square-foot building on Meridian Street, clearing the final hurdle needed for the business to open. 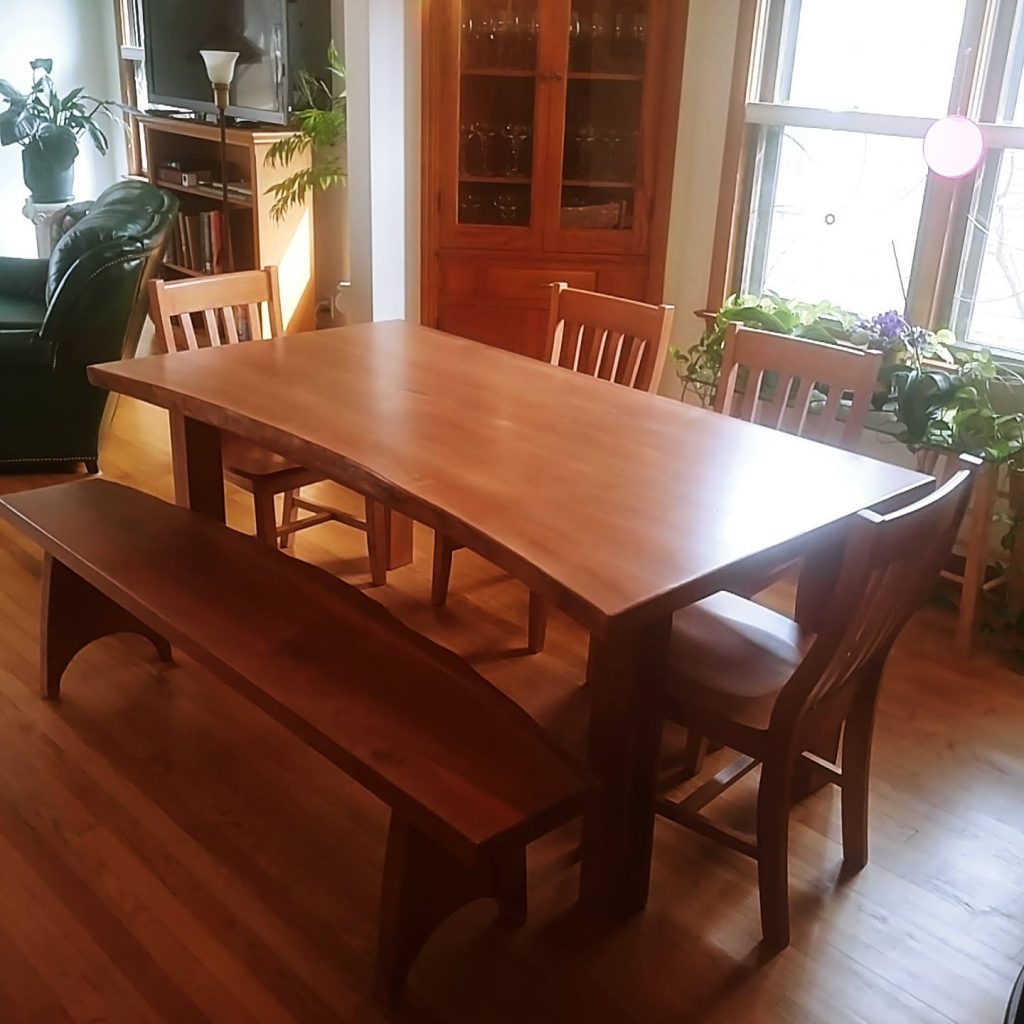 A table built by the Custom Cottage.

Rus is currently accepting furniture orders and says he's looking forward to hiring his first local employee, which he expects to do as soon as he has an eight-week backlog of orders. (Photos of Custom Cottage furniture are available at www.customcottage.org.)

He says he’s excited as he thinks about spending his days working alongside brothers and sisters and being part of God’s plan to provide meaningful work and gainful employment in the South Side.

The opening of the business marks the culmination of a two-year training period for Rus. In May, 2016, he left Evansville, where he had served for six years as a missionary, and moved to Grand Rapids, MI, then later to Milwaukee, WI, cities where the Custom Cottage already has locations. He learned the craft of building furniture and had responsibility for day-to-day business operations, training under Coleman Moore, a former pastor and church planter, who started The Custom Cottage in 2012.

“Rus is definitely ready,” Coleman says, adding that in addition to his skills as a builder Rus has the most important attributes he will need, “a great faith, a deep desire to share that faith with other people, and a compassionate heart. He really cares about the burdens of other people and wants to carry those burdens.”

Coleman is a partner in the Indianapolis venture, but he expects to hand over full ownership of that location to Rus in the coming year. He says he likes the fact that the new business will be part of the People of Praise's broader vision of transformation and redemption for the South Side neighborhood.

The location of the business is strategic in two ways. Meridian Street is a heavily trafficked thoroughfare that runs through the center of downtown Indianapolis, which is about a mile away. The building is also on the southwest corner of the block which is the heart of our South Side new start. That block is already home to 33 community members (children included) as well as to Cornerstone Commons, a collection of 18 apartments that are available as short-term rentals through the Airbnb web site.

Abe Olson, the mission coordinator responsible for the South Side new start, notes some of the advantages of the new business. “We’ll be able to have close interaction with the neighbors who work for Rus, as well as having a permanent place on our target block that is open to the public. Customers will be able to learn more about all that God is doing on the South Side.”

To read the full story of the Custom Cottage, see our previous articles here and here.