“We Lost the Children and Now They’re Back” 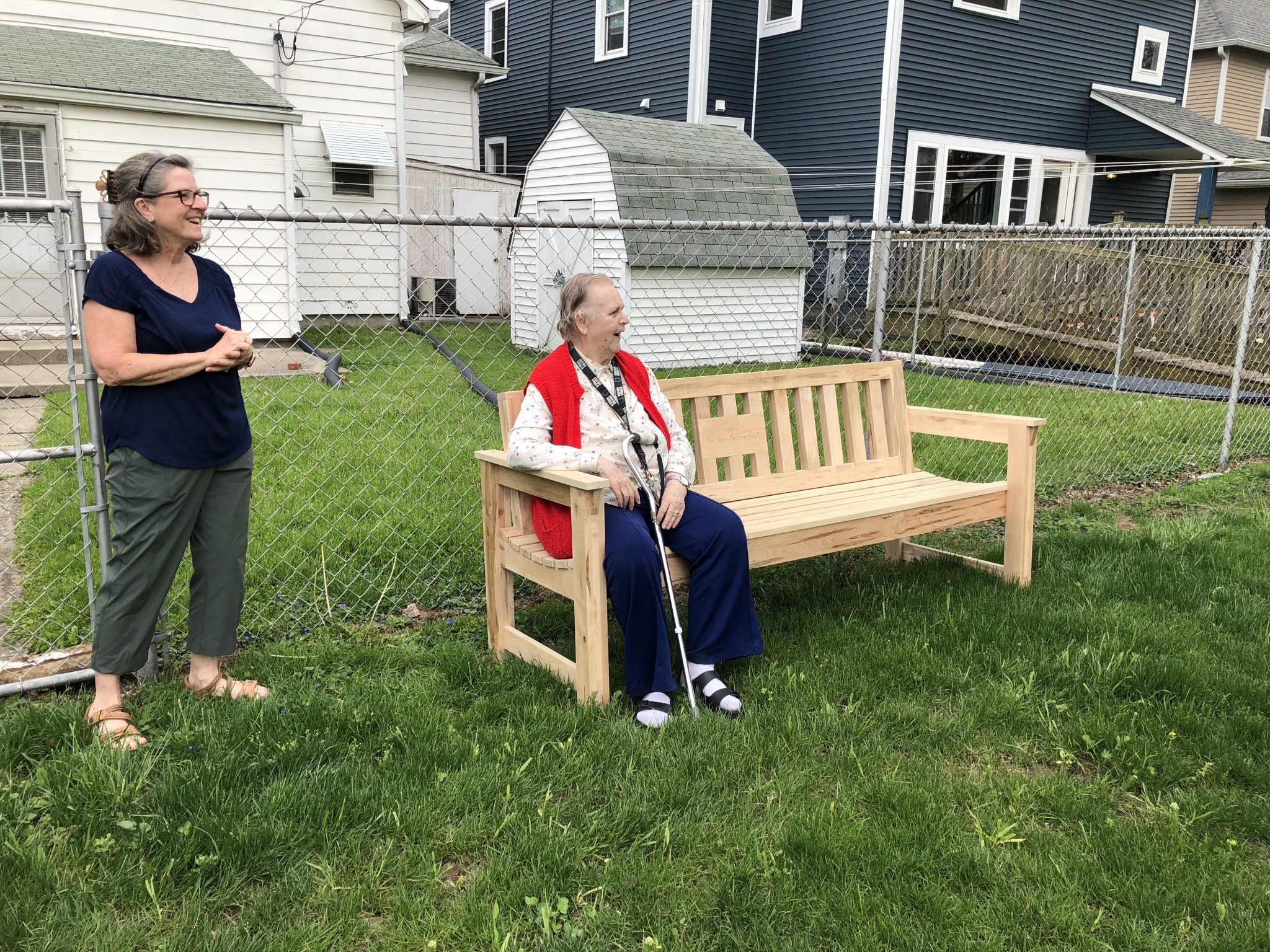 Two weeks ago on the South Side of Indianapolis, brothers from the Christians in Mission team unveiled a new feature in the Karcher Street green space: the first of two handcrafted wooden park benches. On each bench, an inscription carved into the backrest bears the name of Ann Brown.

Ann moved into her house on Union Street in the mid-1940s. She remembers that when she was young, the neighborhood was full of Christian families, most of them members of the neighborhood church, Sacred Heart, with children playing in the streets. Since then, she had seen the neighborhood change to a place where someone could (and did) get into her home and steal her TV, and where prostitution, violence and drug abuse were going on right outside her door.  She prayed for the neighborhood.

Ann, a lifelong Catholic, has a strong faith, which was deepened by her involvement in the charismatic renewal during the early 1970s. At that time she had been struggling with a long illness. A Baptist friend encouraged her to accept Christ Jesus as her Lord and Savior. Ann mulled that over, getting used to the new idea, and she started attending charismatic prayer meetings. She gave her life to the Lord during a Life in the Spirit Seminar.

She has never forgotten the day, in 2008, when two People of Praise missionaries, Mary Timler and Ellen (Putzier) Earhart, knocked on her door. Ann began coming to the prayer meetings the missionaries hosted in their homes. She told them they were the answer to her prayers.

It wasn’t long before she started calling her new People of Praise friends her family. After more of them began to move into houses on her block, Mike Coney would take her trash to the road and shovel her snow. (He also helped her replace that stolen TV.) Ann would often sit with community members at church. She started delivering Christmas cookies to every People of Praise household.

Robin Gonzalez remembers how Ann prophesied to the People of Praise, back when Karcher Street was still a dark alley, home to drug deals and lined with broken-down houses, “Your village will be like it used to be when kids were biking up and down the street, and the sound of kids’ laughter will be heard in the streets.” 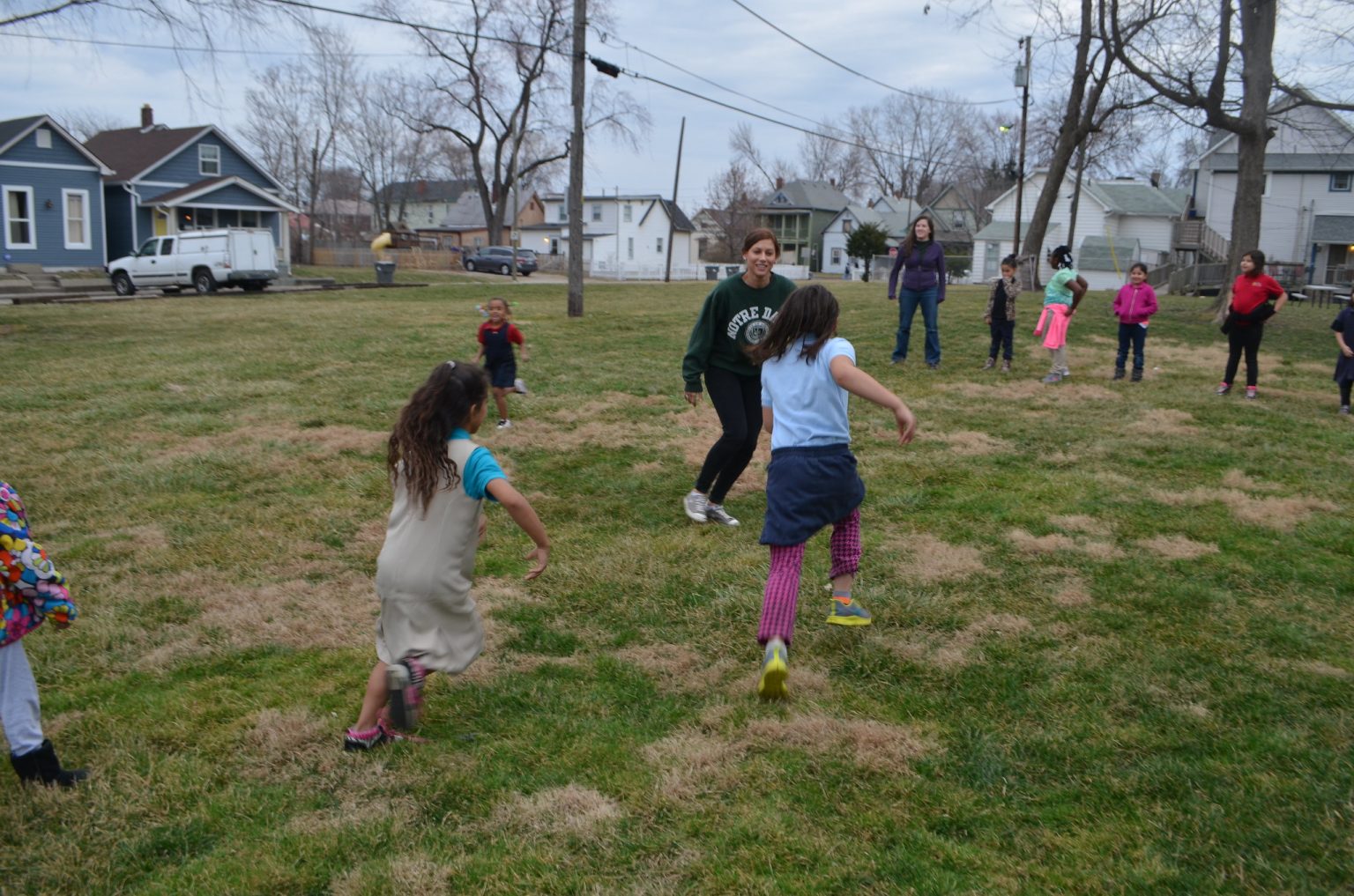 Today, Ann’s home borders the Karcher Street green space and sits next door to the home of Abe and Trish Olson and their children. Ann often sits on her porch so she can watch children play. She knows the names of all the CIM children and keeps treats for them in her home.

“I always think of Ann when I hear our kids squealing and carrying on out there,” Robin says with a laugh. “I tell her, look, Ann, it’s like you said!”

As Ann’s hearing loss has grown more severe, she has been unable to attend church or community gatherings, but sisters visit with her often and have a rolling exchange of sweets with her. 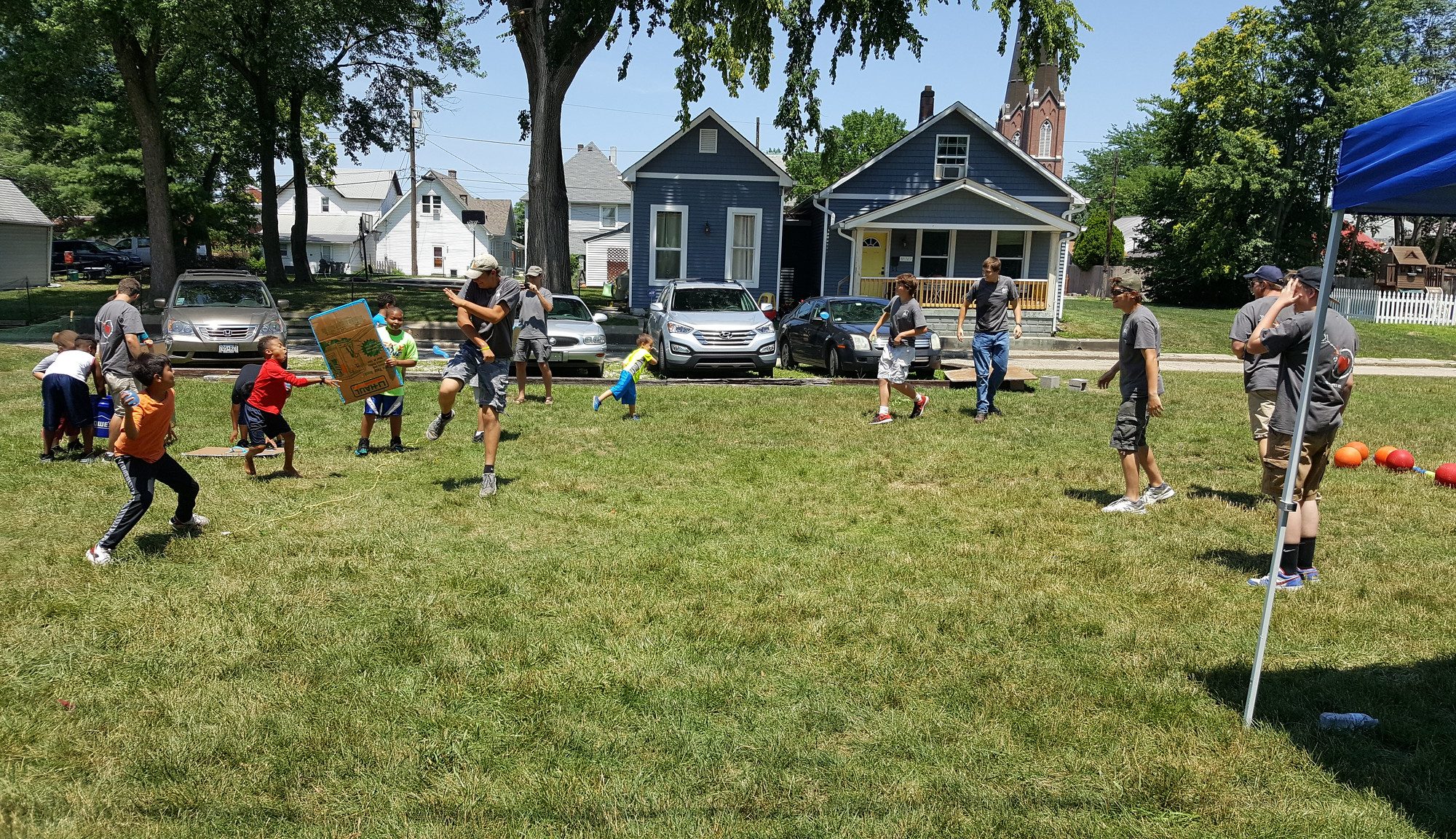 A few years ago, Pam Seale began to stop in on Ann regularly to help her out around the house, taking her to doctor appointments and guiding her through exercises to help with her arthritis. (Pam has a background in geriatric nursing.) Ann insisted on paying, despite Pam’s protests. Pam set the money aside, not knowing what to do with it. Early this April, it struck her that she could use it both to give Custom Cottage some business and to honor Ann at the same time. She asked Ann if she could use the money to commission a pair of park benches for the green space. They would be a place Ann could sit, closer to the children she loved, but also open to anyone. Ann agreed.

On May 3, the entire CIM team gathered for the unveiling of the first new bench in the green space, just behind Ann’s home. Rus Lyons and George Kane whisked off a drop cloth to loud applause, revealing a brand-spanking new bench. A beaming Ann took the first seat.

She hopes that the benches can be used by many others, like mothers holding babies.

“This is a good neighborhood,” Ann says. “We lost the children and now they’re back.”