Vi, Ruth, and Michael Schmelzer open the Lords Day with other branch members over Zoom.

The Appleton branch held their first community meeting using the Zoom video conferencing service last weekend. Eight couples and three singles prayed together and encouraged one another for an hour last Sunday afternoon.

The week before, several branch members had experimented with a joint Lord's Day Opening ceremony using Zoom, and Michael Schmelzer had recently hosted a men's group on Zoom to accommodate three members who were spread all over Florida.

The inaugural virtual branch meeting was a learning experience. Due to time lags between locations, singing together proved difficult. Amidst their laughter, they decided that everyone besides the song leaders would mute themselves. They also had to learn not to talk over one another.

“Everyone had a positive attitude—it was awesome!” said Ruth Schmelzer. “It was good to see people's faces.”

They spent time praising God, praying for intentions, updating one another on personal news and talking about how to reach out to branch members who don't have access to computers or the internet. 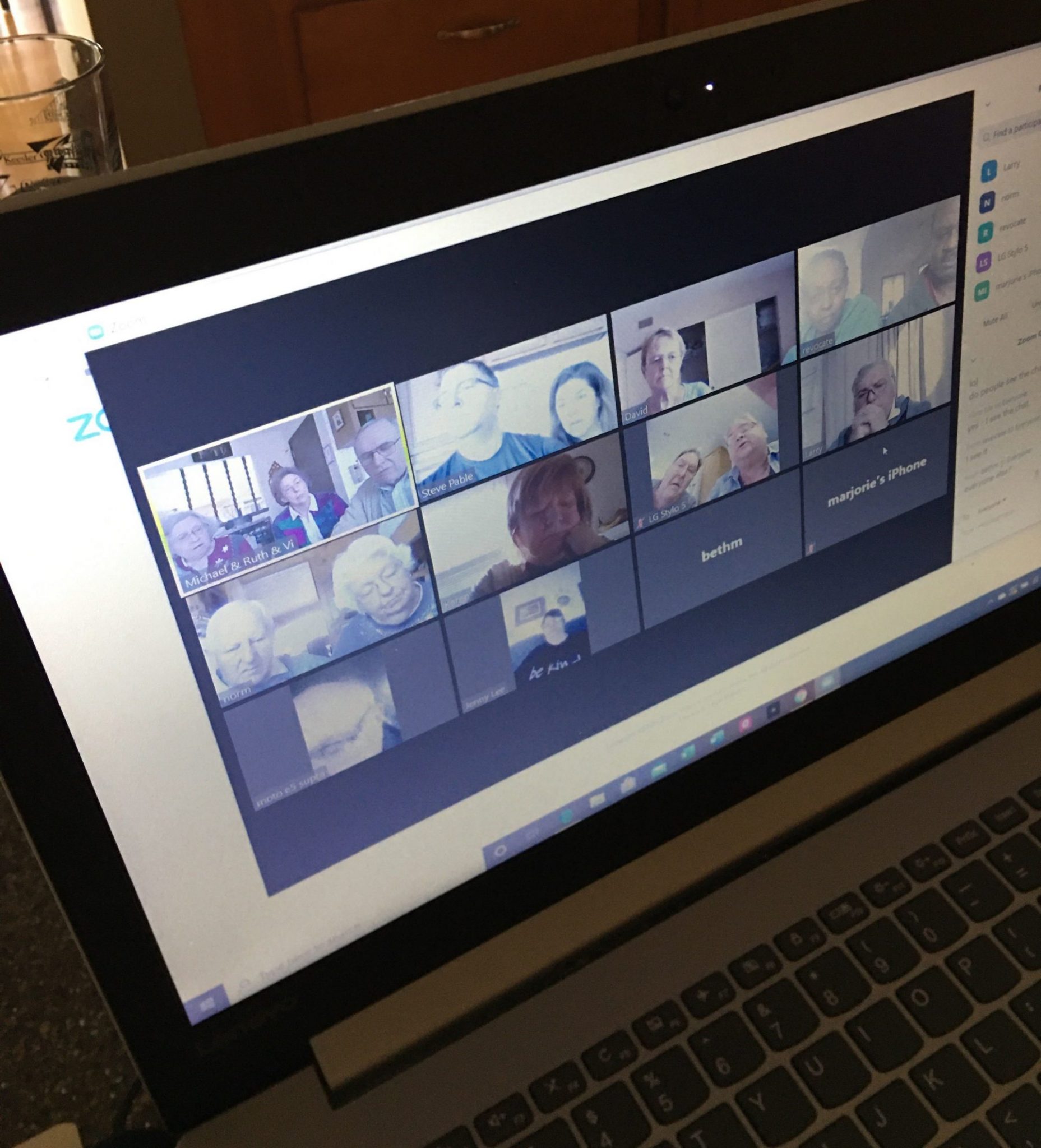 “It was a wonderful time of technological fellowship,” said Patti Lee, who along with her husband David, joined the meeting from their home in Florida. The Lees enjoyed the experience so much that they hosted a gathering on Zoom with their six children and their families.

Branch leader Steve Pable said about 40 percent of the branch was able to join the online meeting. “It proved to be a success and we plan on trying it again soon.”