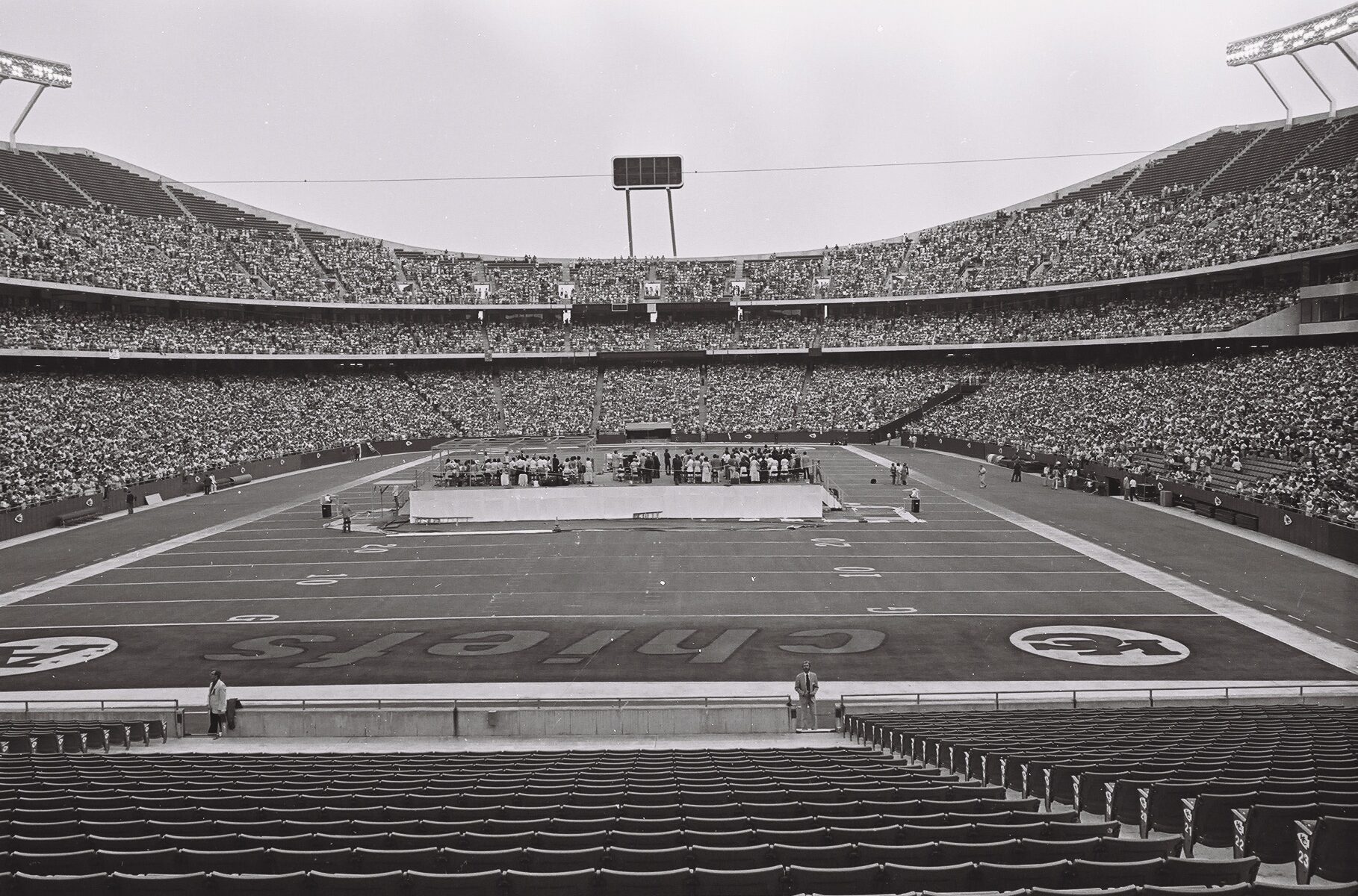 In Muncie, Christians Pray “Father, Make Us One.”

More than 50 people from at least eight Muncie churches gathered on a snowy afternoon in January to pray for Christian unity. They came from African American congregations, from Methodist and nondenominational churches, and from Muncie’s Roman Catholic parishes.

Deliverance Temple hosted the service, the first of its kind in Muncie since 2009. According to Deacon Jim Rush, an ecumenical officer for the local Catholic diocese, the service would not have happened this year without Jim Schenkel and the support of the Muncie branch of the People of Praise.

Mr. Rush began looking for someone to organize the service in early 2015. After the third person told him to talk with Jim Schenkel, Mr. Rush got in touch with him, and Jim ultimately agreed to spearhead the service. He sent flyers to every church in the city (roughly 130 churches), took out newspaper ads and ads in church bulletins. He even spoke before the city council about the event.

A turning point came when Jim met Rev. Andre Mitchell of Deliverance Temple at a pastors’ meeting, and Rev. Mitchell asked Jim why he had come.

“I believe that God sent me here,” Jim replied.

“We shared a brotherly bond from the start,” Rev. Mitchell said.

Ten pastors and Christian leaders agreed to participate, and stood together at the front of the church.

Jim, as emcee, called on Bill Bolka (Muncie) to lead the group in “Amazing Grace” with his guitar. Men and women from different churches read Scripture passages. Then Peter Walters (Muncie) gave a talk on John 17. He said that Jesus’ heartfelt words on unity, spoken on the night before he died, showed how important the unity of Christians is to God. In keeping with that theme, the service ended with the song “Father, Make Us One.”

Later, Rev. Andre Mitchell took Pete over to a mural painted on the wall. It showed a Bible open to the words of Jesus’ prayer in John 17 with the words, “Lord, Make Us One.”

“I've always had an interest in promoting Christian unity, but I’ve never been to a gathering like this,” Rev. Royce Mitchell said. “This was the largest number of Catholics we've had in the church at one time.”

Following the service, Muncie branch members served a simple lunch and many of the people stayed to eat and talk together.

The event surpassed Mr. Rush’s expectations. “It was a huge success. It gives us much to build on. It was wonderful to have an ecumenical group like the People of Praise support it.”