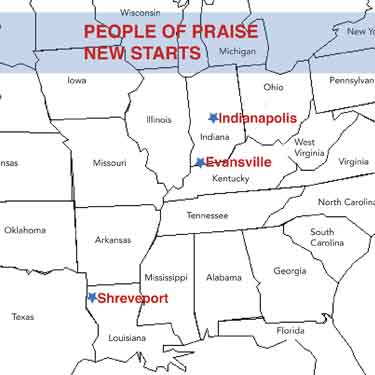 Mission program coordinator Nick Holovaty heads the Evansville team. In Indianapolis, David Zimmel leads a team of 10 missionaries continuing our work on the South Side.

“Our team is large enough and strong enough to split and work in two locations,” Nick says. “We’ve been training new missionaries in Indianapolis for more than a year. Also, Indianapolis branch members are now very involved in our South Side men’s and women’s groups.”

Since February 17, Evansville missionaries have been knocking on doors around the city, delivering words from the Lord, praying with people and looking for those the Lord is calling to Christian community.

“Missionary work is physically and mentally taxing, and there are definitely moments of joy,” Nick says. “Some of that joy comes when people dedicate their lives to the Lord, and some of it comes when people laugh at us like they laughed at Jesus at Jairus’s house.” (Mk. 5:40).

The missionaries rely on God to supply some of their basic needs. They eat and live simply. Working odd jobs one day a week is sufficient to cover the rest of their living expenses. 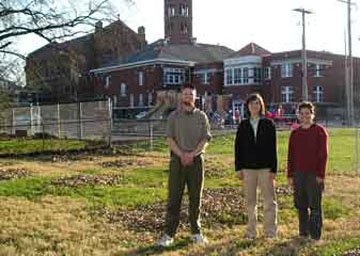 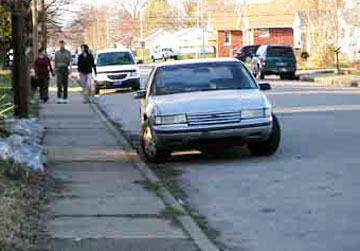 The team lives in two adjacent rented houses half a mile from the University of Evansville. The manager of the houses gave them their first local job. After seeing how well they had cleaned the houses, he offered them work cleaning and renovating his other properties. 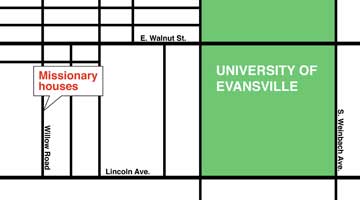 “Before moving to Evansville, we made preliminary trips to a number of cities, including Memphis, Louisville and Evansville,” Nick says. “Lots of people in and around Evansville were willing to listen to us and they asked us to come back. We’re glad we did.”

Remaining on the South Side: