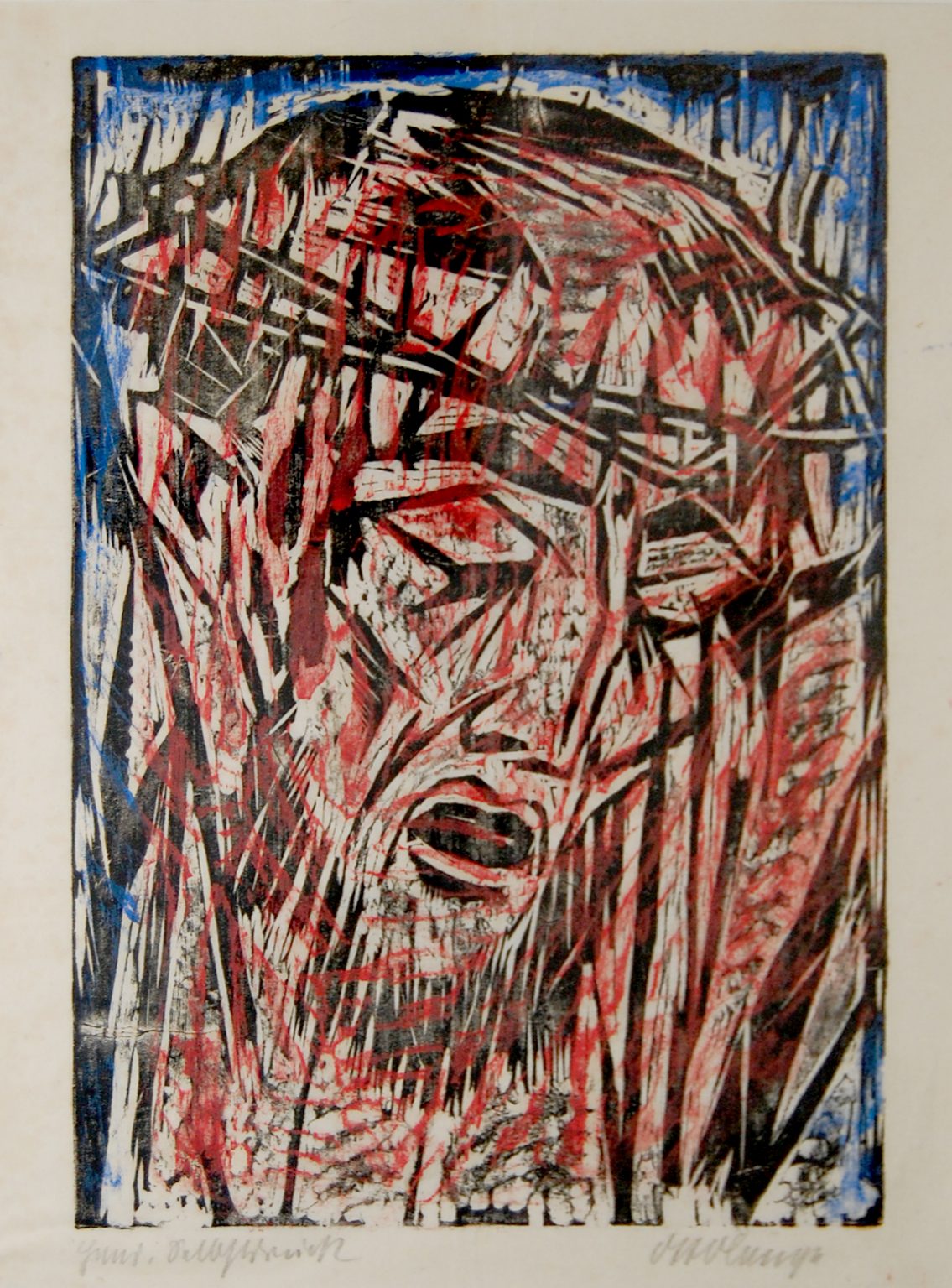 This week I came across a story that captures both the suffering and the blessing which Jesus speaks of in the Beatitudes. Our Lord’s words are surely meant for this present moment in which so many are sick, struggling to provide for their families, or simply disappointed as future plans are dashed against the rocks.

We know about the suffering. Where is the blessing?

The story comes in a book called Caryll Houselander: That Divine Eccentric, by Maisie Ward. Caryll was a British writer and artist who died in 1954. More than that, she was a woman of deep prayer. (As a side note, my copy of the book is on loan from my mother, Marge Connolly, who wrote about Houselander in New Heaven/New Earth in 1984. My mom got her copy from Nanci Panos now of the Northern Virginia branch. In the community, everything is connected!)

When Caryll Houselander was young, she attended a convent school in England which was run by French nuns. One of the nuns, Sr. Mary Benedicta, came to the convent from the German region of Bavaria. Sr. Mary spoke “little English and… very bad French,” which meant she could barely communicate with her fellow nuns.  As the biographer Ward recounts, “[S]he wore an old habit so patched and darned that nothing of the cloth seemed left.” She was an educated woman who chose “the dirtiest jobs,” even sticking her hand down a clogged drain to unplug it. Ward reports that Sister Mary chose a life of menial service in the convent as a form of penance for the life she had lived before.

All this took place during World War I, a time when being a German nun in an English convent run by French nuns must have made life extraordinarily difficult on a personal level for Sister Mary. The nuns had a map on the wall with flags marking the advance of the German army into France, and they noted how the Germans were taking over many of the places where the French nuns came from. The nuns did their best to console Sr. Mary, but she must have felt great shame, as Ward notes.

One day the child Caryll Houselander had an encounter with this Bavarian sister. In Caryll’s words:

“I was passing the boot-room, the little room where our shoes were kept; the door was open, and the Bavarian nun was sitting alone, cleaning shoes. I can see her now as if it were yesterday—a tall, gaunt woman with brilliantly red cheeks and eyes so dark that they looked black. . . . I stopped and went in, intending to help her to polish the shoes. It was only when I had come quite close to her that I saw that she was weeping; tears were running down her rosy cheeks and falling onto the blue apron and the child’s shoes. Abashed, I dropped my eyes and stood in front of her, speechless with embarrassment, completely tongue tied. I saw her large, toilworn hands come down onto her lap and fold on the little shoes, and even those hands, red and chapped, with blunted nails, were folded in a way that expressed inconsolable grief.”

“We were both quite silent, I staring down at her beautiful hands, afraid to look up, not knowing what to say; she weeping soundlessly.

“At last, with an effort, I raised my head, and then—I saw—the nun was crowned with the crown of thorns.

“I shall not attempt to explain this. I am simply telling the thing as I saw it.

“That bowed head was weighed under the crown of thorns.

“I stood for—I suppose—a few seconds, dumbfounded, and then, finding my tongue, I said to her, ‘I would not cry, if I was wearing the crown of thorns like you are.’

She looked at me as if she were startled, and asked, ‘What do you mean?’

I sat down beside her, and together we polished the shoes.”

Today, Christ is suffering in so many people. In two boys from Trinity School at Meadow View I read about who contracted coronavirus and continue to fight for their lives. In all those who have died apart from their loved ones, and in those loved ones who are separated from them. In the millions who have lost their jobs—their vital means of providing for families. In those who stand in lines for food. In the nursing home workers who soldier on in dangerous conditions, patiently performing their acts of service. In all those whose names so quickly come to each of our minds.

Do you see them crowned with their crowns of thorns?