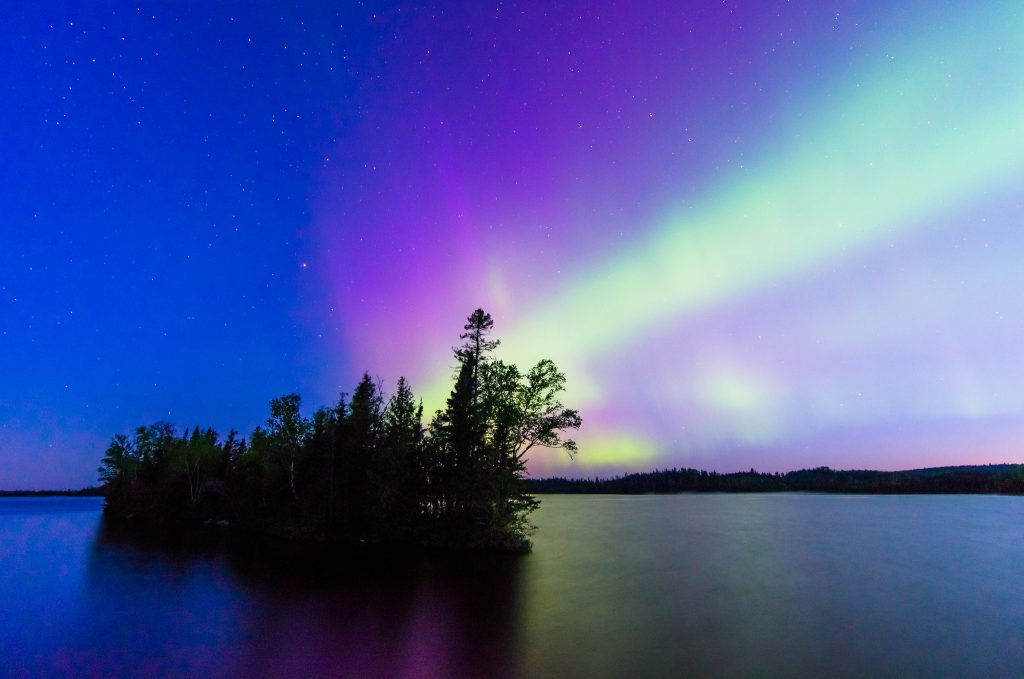 Editor's Note: This article is republished from the June 1989 issue of New Heaven/New Earth.

I grew up in a home where there was one way to vacation, the Annual Camping Trip. As a child, I traveled with my parents from coast to coast and far into Canada with hardly a night spent in a hotel.

I learned firsthand lessons about the natural sciences, social customs, history and numerous other areas of knowledge in a way that has enriched my entire life. I learned about cooperation, creative problem-solving and a healthy self-reliance. I grew to love creation and its beauties with respect for its dangers and delight in its benefits. The elation of my first hike through the mountains of Glacier National Park is as fresh to me today as the day in 1958 when I made it.

Our family could not afford hotels, so camping opened a door for us on a world that would otherwise have been out of our reach. When I no longer lived at home, I continued to camp, combining job and hobby by running a boys’ camp in northern Minnesota and camping/travelling all over North America with staff members on our breaks and at season’s end. I always assumed that camping would be a permanent element of my life.

The fact that the woman I asked to marry me had never done any camping somehow failed to register. Once Nancy camped with me, I assumed, she’d love it for life.

As it turned out, the first time we camped together, we were still engaged and were part of a large group of young adults who worked together as volunteers. We took a break from our service by setting out for an island in Lake Superior where we spent two days biking, hiking, sightseeing and generally having fun—until The Night of the Storm.

Our second night out, the storm of the century hit, bringing violent winds, 10 inches of rain, blinding lightning and hail for five straight hours. In my snug little mountain tent and down sleeping bag, it was some time before I heard the screams coming from the large tent the women were sleeping in. When I began to pay attention, I quickly discovered that they were somewhat disturbed by the foot-deep stream of water covering their sleeping bags and floating their luggage. I got up.

One glance told me that either my vision for a life of wilderness camping was about to end or my plans for marriage would. So much for a blissful honeymoon camping in the Canadian Rockies!

In the years since that sober night, I’ve managed to convince my wife that there is virtue to be gained in an occasional camping trip and I’ve learned to endure the rigors of motel life when there are no other options. In fact, I don’t know of many wives who would tolerate the scale of camping our family has since engaged in. About every other summer, we have shared our family vacation with close friends, camping across the country in places like Yellowstone, the Canadian Rockies and up and down the East Coast. It might go without saying that we have learned a few things along the way.

I vividly remember rolling into Yellowstone early one morning with 12 of us seated throughout a modest rented motor home. We drowned out the noises of the road with songs and praise, heightened by the wonders passing our windows.

As we concluded our daily time of group prayer, Nancy prayed that the Lord would bless us with the opportunity to see many wild birds and animals. No sooner had her prayer been spoken than a huge bald eagle appeared at eye level with us, descending alongside us into a majestic gorge. The eagle flew at our side for several minutes and then soared off to our delighted cries of thanksgiving.

We have also learned that you can never plan too carefully for a trip of any size. From our itinerary to a detailed meal plan to work assignments to packing lists, we have found that, the more carefully we plan a trip, the less confined and limited we feel when we are actually on the road.

Last summer, our camping vacation nearly got the best of us. A packed work schedule, including its own dose of travel before vacation, kept us from going through our normal planning routine. I shrugged off the potential problems by saying to myself, we’ve done all of this before; no sweat!

The intense heat of the summer of ’88 guaranteed that nothing we had done before had prepared us for our two-week 3,600-mile endurance test.

What planning we had done boiled down to talking about all of the wonderful places in the eastern United States we wanted to visit, roughing out a route through them all and not going very far beyond that. Plans to rent a motor home fell through and we ended up packed into our (not air-conditioned) van pulling a pop-up camping trailer and eventually borrowing a car along the way so that the 14 of us who ended up sharing most of the trip could survive.

Every day the fact that we had not planned things more carefully added to the stress of a too-ambitious itinerary and too much heat. Everyone did amazingly well, but when the joking question, “Are we having fun yet?” was asked, the laughter was thin.

Over the years we have also learned a lot about pace and time on a camping expedition. When we get out in the woods, my wife and I find ourselves getting to bed much earlier, even when we have a campfire, and rising earlier as well.

Most things take more time when you are camping. Meal preparation and cleanup are slowed by the lack of conveniences we take for granted at home. In moving from one campsite to another, there is a good deal of time required for taking down the first camp, packing and then setting up the next camp and unpacking.

Routine things such as bathing or washing clothes become major events requiring planning and coordination and more time. Additionally, we have learned that, even with a relaxed camping routine, having some days to do nothing is an important element in the pace of a trip. If a lot of time is spent driving, these “down” days are even more important.

I’ve had to learn that my ideas about what camping really is (a backpack, a tent, a down sleeping bag, some food and the clothes on my back) need to be adjusted for my companions’ diversity of camping experiences and levels of desire.

The change of routine and context affords opportunities for growth in relationships that we don’t normally have to the same extent. Living, working and playing together day in and day out under a wide variety of conditions create numerous occasions for growth in knowledge and love of one another.

Seeing even one’s spouse or children outside of routine circumstances can create a new appreciation and understanding of them. Some of the best times I have ever had with my sons have come in the context of a mountain hike or a moment of facing some wilderness challenge together. Those times are preserved long after we have returned home. When one of my sons seems distant or withdrawn, I often find easy access to him through a shared memory of some particularly good or exciting time camping.

Camping also creates numerous occasions to repent and forgive, to be patient and forbearing with one another. Superficial forgiveness or feigned patience wears thin very quickly on the third full day of rainy weather, or at the 10th hour of a long day’s drive.

At the end of one particularly wonderful stay in the Canadian Rockies, the Lord outdid himself for us by putting on a display of the Northern Lights that had all 14 of us cheering like children at a fireworks show.

As the sky was filled with dancing light from one mountain-rimmed horizon to the other, we shouted out thanks to the Lord and asked him to “do another one.” He was bestowing on us the works of his hands far beyond what we could ever deserve. The wonder of that moment still draws me to a place of profound reverence before the Lord.

At the same moment, in the security of hotels, motels and cabins in a not too distant town, hundreds of people were settling down to a comfortable night of cable television entertainment. They didn’t deserve any less than what we were sharing at that moment, but they had no idea what they were missing.