More Than Midway Through 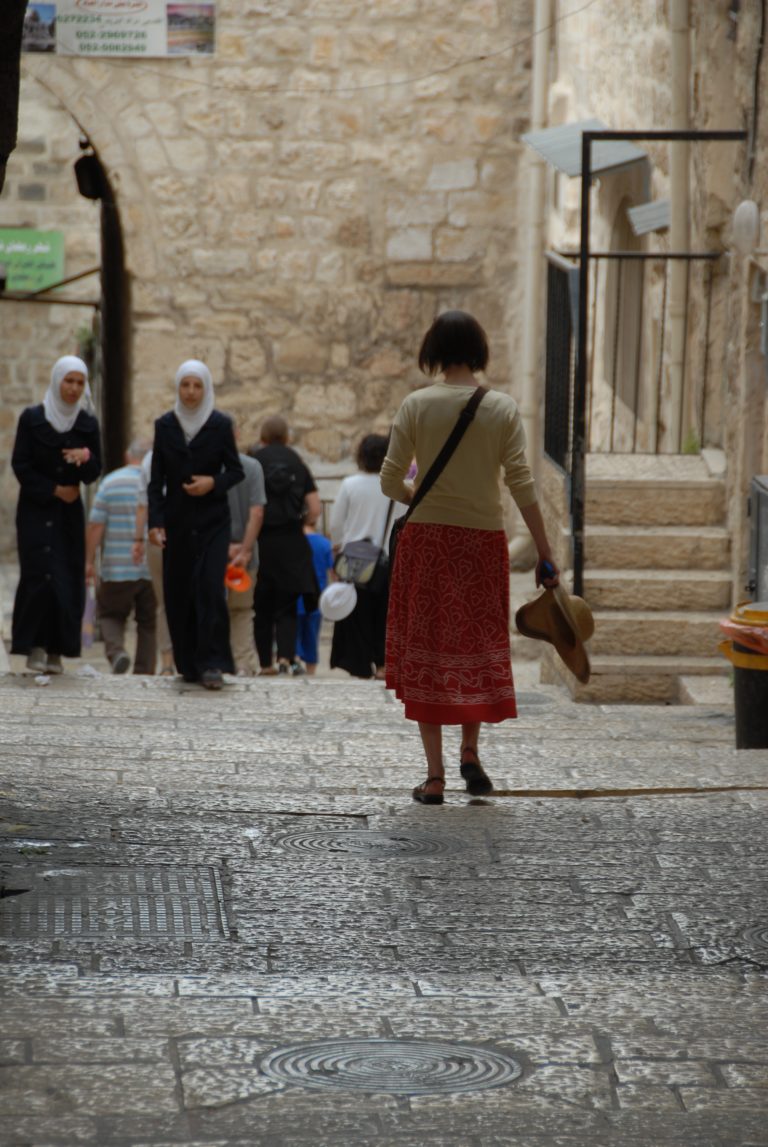 The Old City of Jerusalem taken by Nano Farabaugh during the Sisterhood’s trip to Israel in 2012.

Editor's Note: This article is republished from the November 2002 issue of Vine & Branches.

“Midway on our life’s journey, I found myself
In dark woods, the right road lost.”

So begins Dante’s Inferno. When I read these opening lines last year with the Trinity senior girls, I asked them if they ever had experienced what Dante was talking about. They certainly weren’t midway through life’s journey, at least by my reckoning. But I, reading these lines, knew immediately what Dante was talking about: that terrible feeling of waking up one morning halfway through your life and finding yourself lost in the dark. Perhaps you know, too.

Dante begins by trying to climb out of the woods and up a hill he sees before him, but his way is barred by wild beasts. He discovers that, in order to get out of the woods and back to the light, he must first descend into hell, seemingly the wrong direction. When he despairs of ever being able to make this journey into the fiery pit, he finds he has been sent a guide, the poet Virgil. He does not have to travel through the inferno alone.

In 1985, I asked for help from a sister in the community because I was in the dark woods of my life. I entered into what may be the longest-running “temporary” pastoral relationship in the community. I don’t think we’re keeping records of such things, but from 1985-1997 this sister talked with me weekly, sometimes daily, sometimes more than once a day, to help me with a difficult situation. She was willing to descend with me into the pit, holding my hand, so I did not have to journey alone into the dark.

Sometimes she knew the path, and was able to say to me sharply, “No! Don’t go there—that way lies madness and betrayal.” Sometimes she’d say, “I’ve never been here before. This place looks unfamiliar to me, but the Lord knows the way and will show us. Let’s pray.” Many times she repeated, “Always be cheerful. Always be courageous. Always have hope.” She said it hundreds of times to me until I had it memorized and was able to say it to myself.

When I called her, sometimes late at night or early in the morning (how many phone calls over those 12 years!) she never acted impatient or tired of me. When she got angry, she was angry with the evil one for telling me lies, and in later years, when I had learned a little, angry with me for listening to the lies. Always she told me the truth: that she loved me, that the Lord loved me, and that I was not alone.

Sometimes I wanted nothing more than to be rid of her, like Dorothy in the Wizard of Oz, who wants to fall asleep in the opium poppy fields and is angry with her friends for insisting she keep going. The way was painful, difficult and confusing, and I longed to give up, lie down and be left alone to wallow in self-pity and fear. Then my sister acted like the Holy Spirit, the Paraclete, to me. Like the parakletos in Greek battle, whose job was to urge the soldiers on in battle, she’d urge me not to quit before we reached the light: “Get up! Keep going! You always said you wanted to become holy, now here’s your chance,” she’d say, and sometimes drag me, sometimes carry me, until we reached a place where we could rest.

Eventually, with the Lord’s grace, the path began to turn upward. One day we saw some cracks of brightness. Finally, we emerged into the light together. Looking back, I marveled that I had travelled through hell and lived to tell about it. I marveled that she was still with me, still holding my hand. She looked older, 12 years later, when I saw her in the sunlight. She looked tired, and worn by the journey; thinner, tougher, more transparent. But she was smiling as she turned to me and said, “See? I told you you would make it! Isn’t God good? Isn’t he faithful?”

Who is rich enough to buy such companionship? What kind of money would you have to pay to hire such a guide? Who in her right mind would sign up for such an excursion, without recompense or reward? It’s not exactly the vacation dream of a lifetime!

Dear sister, how can I ever thank you? I do it by writing this testimonial to our covenant, which you kept with me as you had promised. “Greater love than this no woman has, than to lay down her life for her friend.”