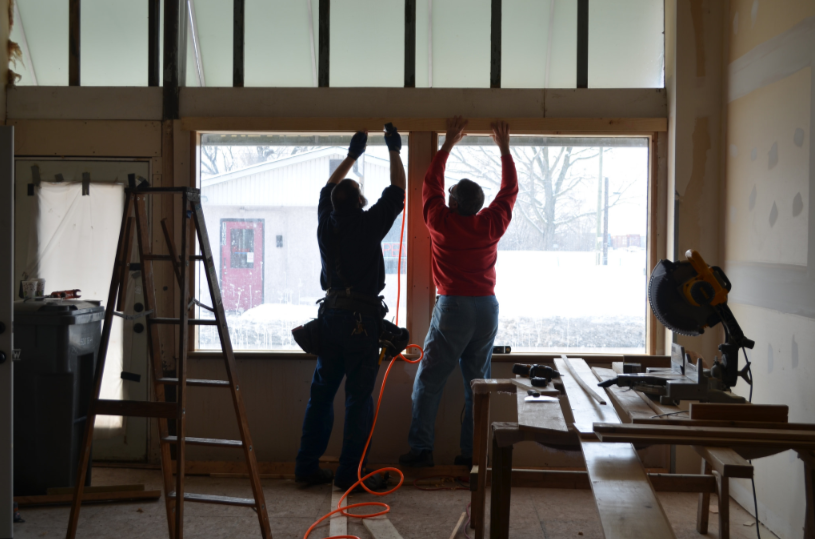 David Frank and Jim Ryan replace the trim around the front windows of the new meeting room in Indianapolis.

The northern Virginia branch sent 23 workers to tackle projects in Indianapolis and Evansville in mid February. The trips built on a successful trip last year which drew 16 people to one location, the South Side of Indianapolis.

Bill Sjoberg and a team of northern Virginia branch members organized the trips. They invited the whole branch to support them, and many branch members found ways to help. “Some people prayed. Some gave money. Some made us food for the journey. Some took it upon themselves to shovel the driveways of team members who were in Indiana when over a foot of snow hit Virginia,” Bill said. (For their part, northern Virginia volunteers shoveled walks for local neighbors in Indy, which was hit by five inches of snow.)

Nick Holovaty expressed his thanks to everybody. “The northern Virginia teams got a ton of work done in Indianapolis and Evansville, and definitely helped improve our properties. We hope more branches can make short trips like this in the future.” 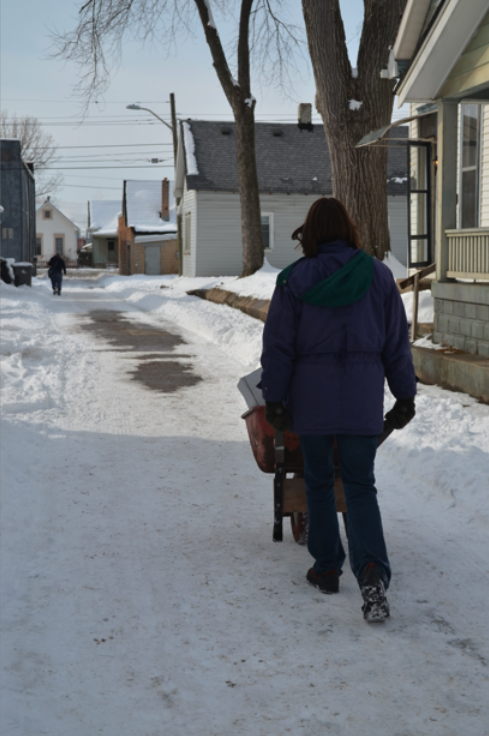 Margaret Crimmins uses a wheelbarrow to cart tools on the South Side of Indianapolis.

In Indianapolis, much of the work focused on Cornerstone Commons at the corner of Meridian and Karcher. Some People of Praise members have purchased this 10,000-square-foot property, which includes eight apartments, a small office space, a warehouse, a launderette and a retail area.

On the February trip, workers helped to convert the retail area into a space for community meetings. They moved a heavy machine which makes change, cut out space for a new door and installed it, tore out an old staircase and installed a new one, among many other things. Pat Baldwin says, “Mary Dohrman and I cleared out cobwebs, especially from the basement ceiling.”

Margaret Crimmins worked at Cornerstone Commons and also set out into the neighborhood with Naomi Coney. They carried boxes down from an elderly neighbor's attic on Union Street so she could organize them, then moved her (small) piano for her.

In Evansville, the day began with some safety instructions from Paul Hommes, then the team got down to work renovating a house. “It was a bit strenuous for an economist like me,” noted Jim Lecky. “But I was happy I was able to do it. I did painting and wall repair, worked on ventilation in a basement and helped put in a new subfloor for a bathroom. It was good at the end to see the progress we’d made.”

Contact with People of Praise missionaries was a huge part of the experience in Evansville—and not just via eating lunch or supper together. For example, four people went out with the missionaries door to door. “I was impressed by the energy and dedication of these missionaries. They are making a difference in the neighborhood,” Jim says.

In addition to branch volunteers, Bill arranged for five men from outside the community to join the work crews—members of a monthly men's prayer breakfast that he organizes in northern Virginia.

Keith Colella, who attends the monthly prayer breakfast, noted, “It was super to see the impact on the immediate community—from the youngest on up. I helped out with the boys’ group in Evansville on Saturday morning. There was one boy who was so excited that he came an hour early and just kept riding his bike around the block waiting for it to start.” Keith added, “I enjoyed the way we integrated praise, mission and home repair.” 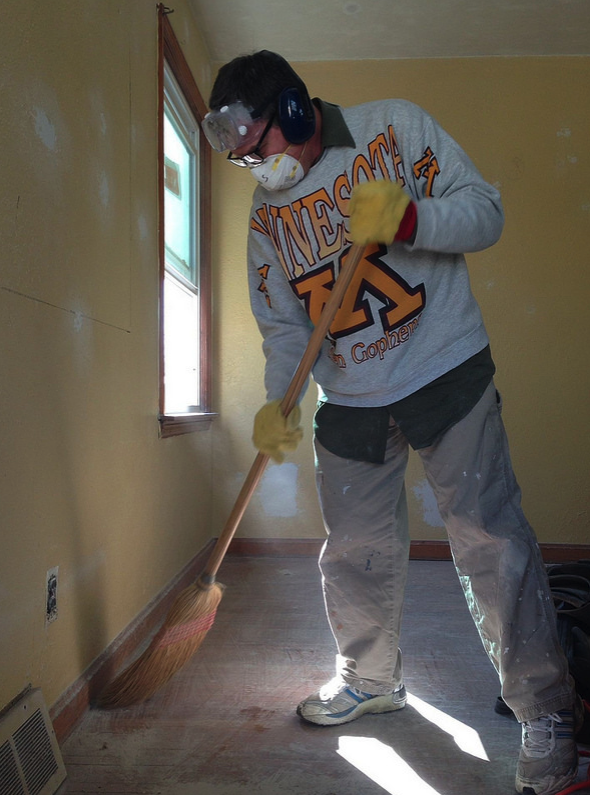 Mike Ryan, one of the prayer breakfast men, invited his friend Jim Fogarty from Chicago, who works with gangs. Jim went to the campus meeting in the Indianapolis Triangle, where Walt Seale gave the Servant School talk on hospitality. Jim told Pam Seale later, “Hospitality. You preach it. You teach it. You live it!”

Northern Virginia branch member Carolyn Hornbuckle, age 77, came down to Indianapolis from Chicago, where she lives on assignment. She’s also a veteran of two trips to Allendale. “I always rejoice for the opportunity to be with brothers and sisters, and watch them lay down their lives. Praise God, I’m able to get up and go!”

Bill summed it all up: “The trip exceeded my expectations. The level of enthusiasm was really encouraging. Near the end, one team member said simply, ‘I’d like to work longer. I'm not tired.’”

“We’re so grateful that Bill took the initiative to organize these trips,” Nick says. “It was very inspiring to see so many brothers and sisters take time off work and travel such a long way in order to help us. We were all built up by their sacrifices.”