Northern Virginia Adults Volunteer on the Indy South Side 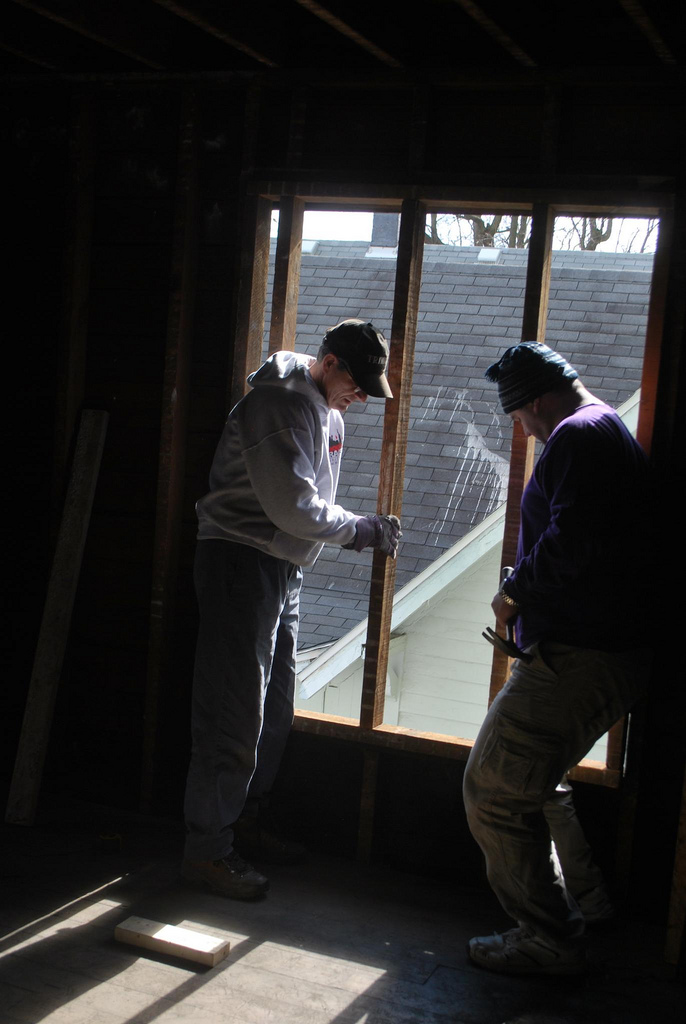 Fifteen adult volunteers traveled from northern Virginia to the Indianapolis South Side last week for a home renovation blitz. “They put in over 400 hours of work over three days,” said Paul Hommes, who drove up from Evansville to manage the projects. “They worked on three different houses and dove right in: demolition, plumbing, framing, floor installation, prepping and painting walls, and hauling lumber.” 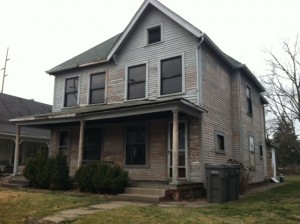 This house on Union Street is undergoing major renovations.

Bill Sjoberg (northern Virginia) organized the trip for a group of branch members who shared a strong desire to see the community’s work in Indianapolis firsthand. “The work was more physically strenuous than a lot of us were used to,” he admitted, “but where else can you get so tired and filthy and love every minute of it? We were sore at night, but we were all talking about wanting to come back and do it again.” The group spent months planning for the trip, with members carefully arranging their work schedules to make travel possible.

Margaret Crimmins (northern Virginia) said she appreciated the chance to learn how to use a nail gun and a caulk gun. “I learned a lot of practical little things that made me feel more capable.”

Northern Virginia branch members were joined by members of the Indianapolis branch, college students from the Triangle, South Side residents and a few visitors from Evansville. “Everybody I met, interacted or worked with had the same spirit--a warmth that radiated from them, a sparkle in their eyes. It gave me energy throughout the day,” Margaret said.

During their down time, volunteers participated in an open house with South Side neighbors. They also visited the campus division in the Triangle area of Indianapolis. They attended the annual Action fundraiser, a dinner, dance and auction sponsored by the Indianapolis branch. (The dance netted $5,000 according to Mark Sklorenko, who was responsible for the event's finances.) Walt and Pam Seale, who used to live in northern Virginia, organized hospitality for the trip and arranged the schedule. Volunteers stayed in the Triangle and in branch members' homes.

Most of the work centered around a 2,500-square-foot house at 1644 Union Street. Action volunteers had gutted the house last summer, but progress had slowed down after that, with fewer volunteers and cold weather. The Christians in Mission team has a deadline of September 1 for getting the house into move-in condition. “The northern Virginia volunteers put us miles ahead of where were,” said Michael Coney, who leads the Indy CIM team. “The second floor of the house is mostly framed now, and we are almost ready to begin plumbing and electrical work. We still have a long way to go on both floors. We need more volunteers like the NOVA volunteers to meet our goal. We'd be happy to talk to any other individuals and groups interested in volunteering.”

The house is being remodeled to accommodate a large household. Plans call for a large living room and a dining room that faces a wide-open backyard that can be shared with neighboring community households. The floor plan was designed with flexible spaces to enable lots of hospitality. 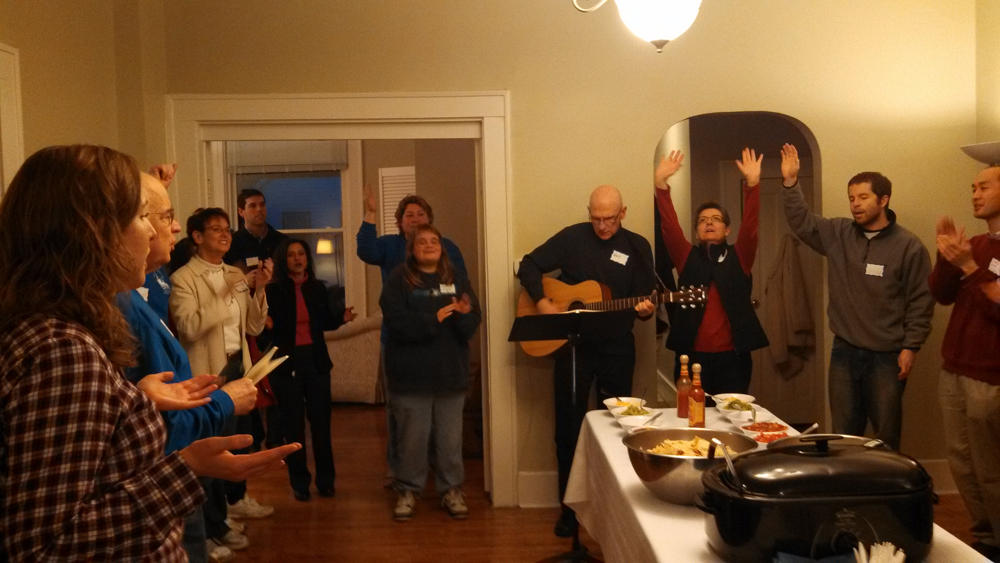 Volunteers from northern Virginia participated in a prayer meeting on the South Side.

Lisa Tychsen (northern Virginia) said the visit gave her a new perspective on the community’s work in Indianapolis. “I had watched the ‘Revive This Land’ video of Jared Gonzalez singing in Indy, and I noticed all the different people, but actually being there helped me see the ‘connective tissue,’ so to speak, between all the different works of the People of Praise in Indianapolis: the Action trips, college student life in the Triangle, the CIM team on the South Side and the wonderful Indy branch.”

David Smedburg, who recently came underway in the northern Virginia branch, joined the team to serve and to learn more about the community. He was particularly happy to learn about framing while working with a professional contractor and brother in his branch, Steve Forbes. He said he also appreciated the daily morning prayer and fellowship time on the trip.

Maria Elliott (northern Virginia) says, “At times it seemed like I was doing small things, like caulking and painting a bathroom, but they had to be done, so they were important. I identified with the sentiments of my children who have come back from Indy or Allendale and said, ‘Mom, it was hard, but I did real work!’”