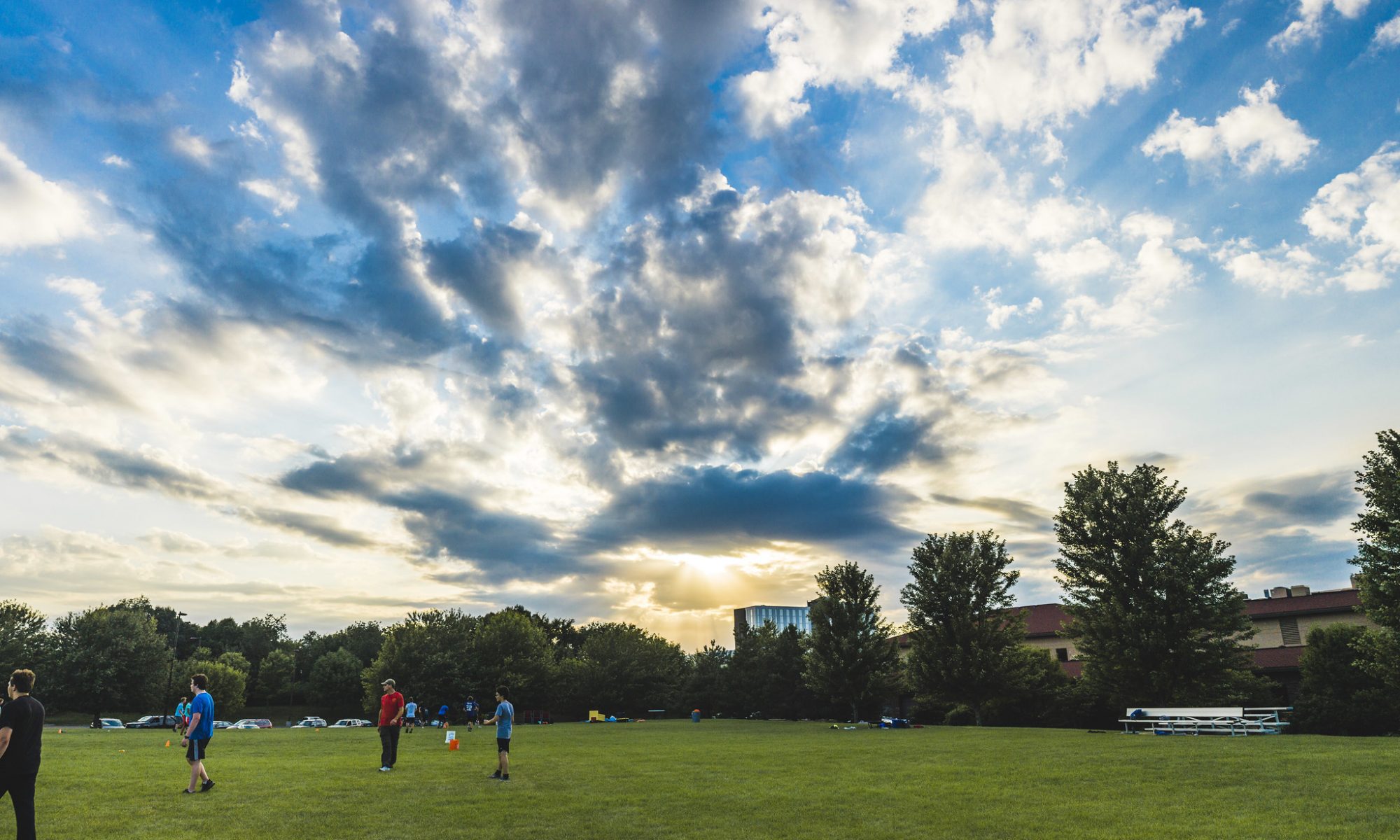 It’s the first week of August. Hundreds of campers, aged 7 to 18, eagerly reunite with friends they haven’t seen in months. Units march across dewy fields to the rhythm of time honored tunes. Campfires blaze in the evening, illuminating conversations about Scripture and following Jesus. Counselors who attended camp as children return for their 12th or 15th or 20th year. Archery and bike trips and field games and crafts are in full swing. Servant Camp is here again.

Except it’s 2020, and the coronavirus pandemic still rages. So Servant Camp this year, like so much else, looks a little, no, a lot different. 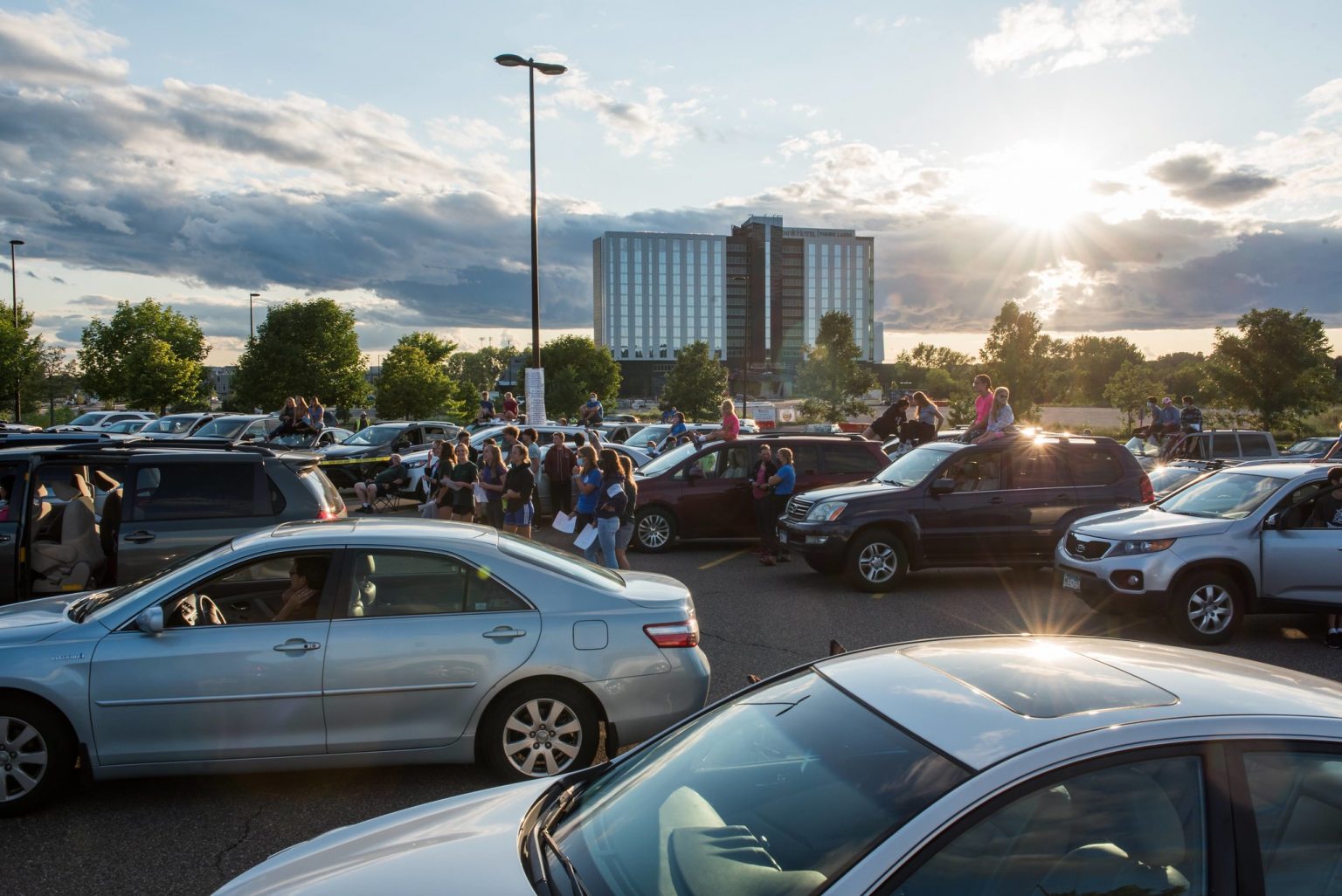 It’s at three locations instead of one: River Ridge campus in Eagan, Minnesota, the South Bend branch center and the branch center in Rockford. It’s a day camp rather than the usual five-day overnight affair. Attendance is smaller than usual, though still substantial. Campers and staff alike wear masks and mostly stick to interacting with their own unit. Everything is carefully planned--from how to drop kids off to how to clean field equipment between groups. In Minnesota, opening and closing ceremonies happen in a parking lot, with sound fed via radio transmission to the cars.

222 campers and 77 staff in total attended Servant Camp 2020. Camper attendance in recent years has been about 325. The camp directors did what they could to help the separate locations feel unified, including distributing craft materials and t-shirts, creating a joint Instagram account and live streaming Minnesota’s opening and closing ceremonies. The camp created a packet of activities people unable to attend could do at home, which they posted on their website.

Servant Camp has seen its share of challenges and changes since its inception in 1978. In 1997, longtime staff member George Simmons died at camp. There was a frightening canoe accident. Gail Lee, director and wife of former overall director Carmen Lee (Servant Branch), died in 2009. Camp has changed location several times. In 2012, South Bend camp merged with Servant Branch’s Servant Camp to form one joint camp. There have been injuries and illness and heavy storms and tornado threats. So far, camp has gone on. 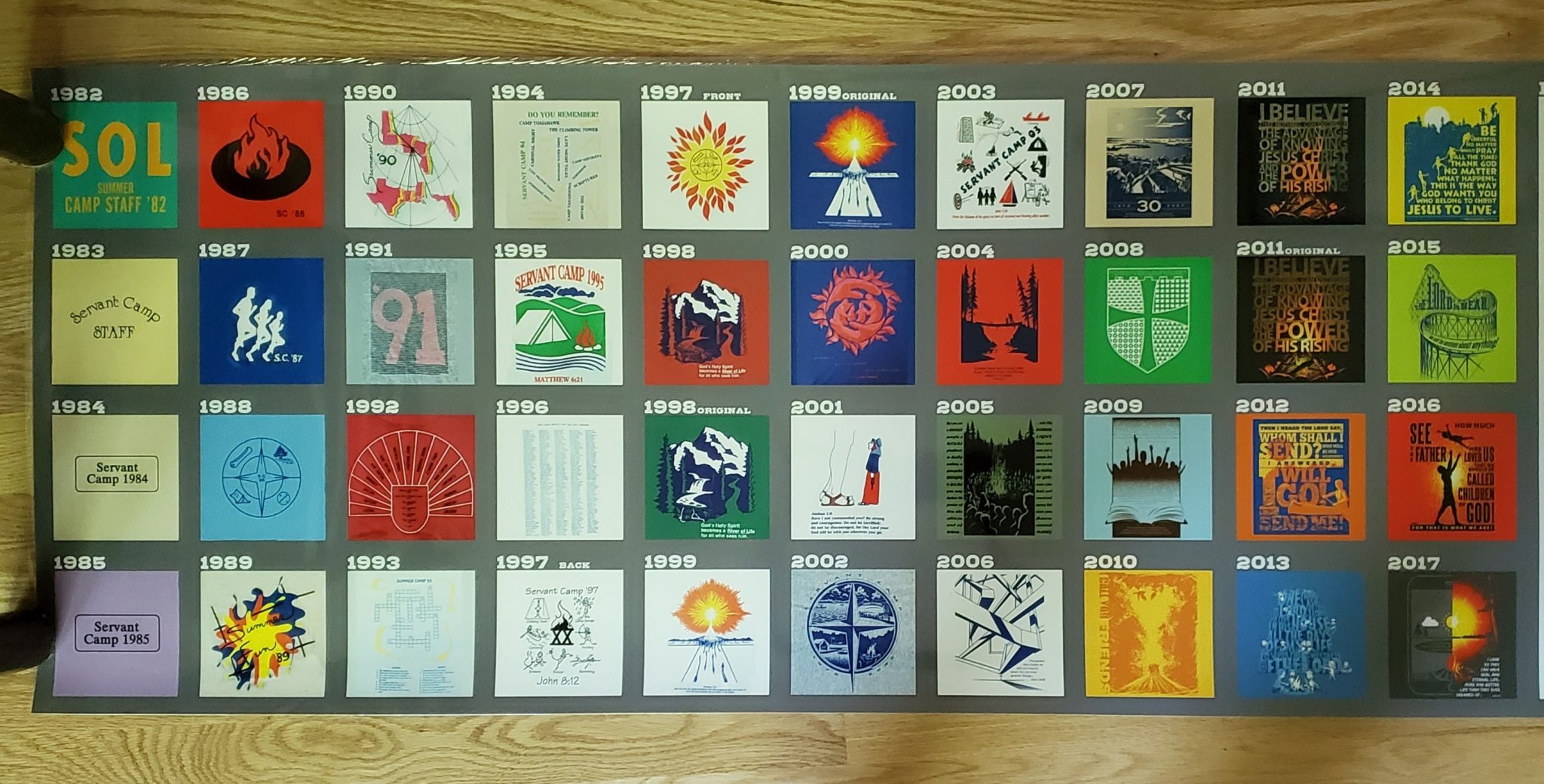 Andy Grams, who has designed every camp shirt since 2002, put together this poster of all the shirt designs up to 2017. 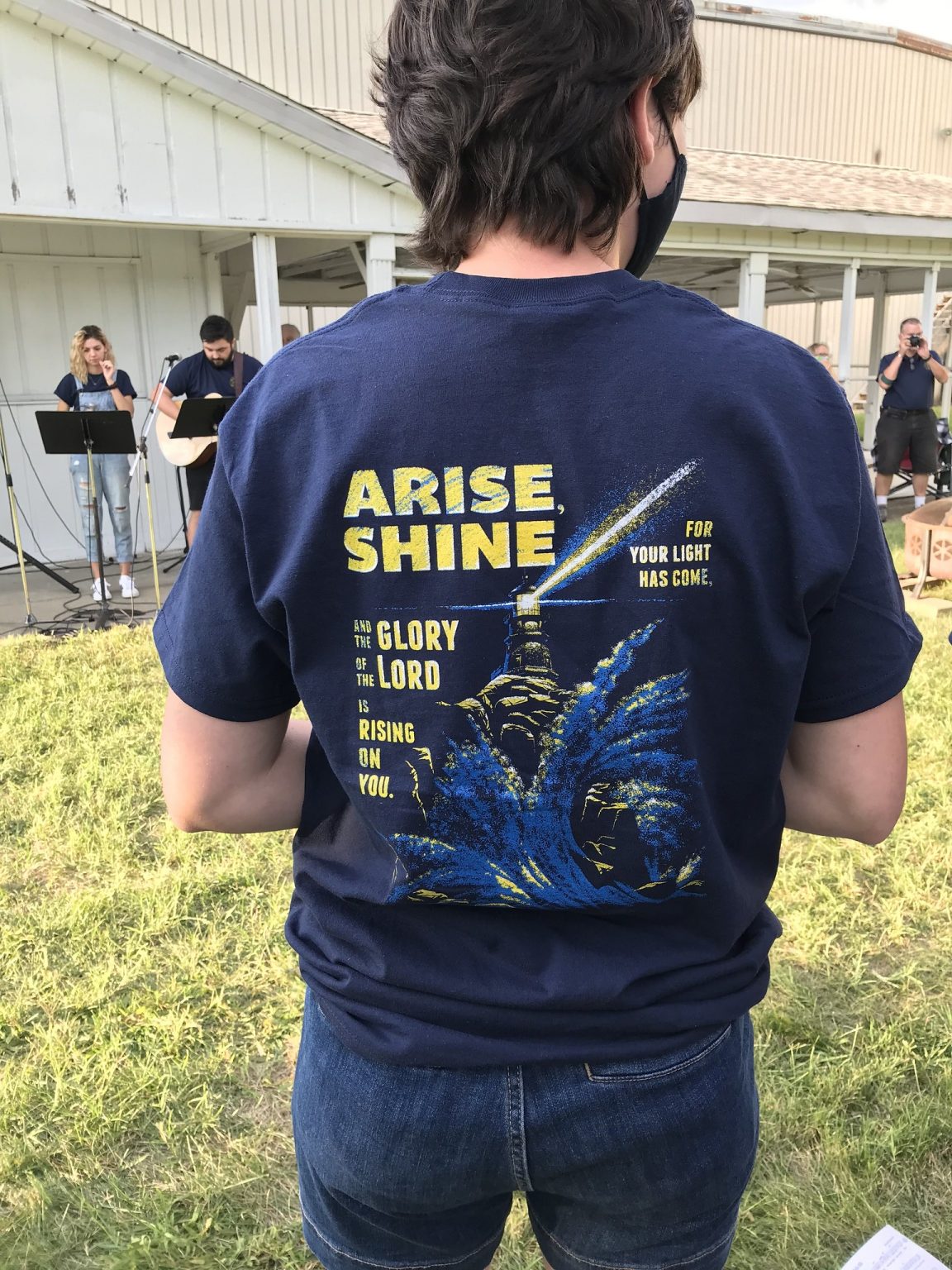 When it became clear that a normal Servant Camp would be impossible this year, the directors, who meet regularly all year, started talking about possibilities. Overall camp director Pat Ficker (Servant Branch) said, “We’d get together and pray and say, Lord, is there something we can do?” Gradually, the idea of a day camp on our own properties, in separate locations, emerged.

Director Jeanne Oberg (Servant Branch), who has served as a counselor since 1981 and a director since 1988 (she says she’s missed one year), credited younger staff with encouraging camp to move forward despite the challenges. “I wanted to take a year off,” she said. “My daughter Annie said, ‘No, Mom, we can do this!’” Another young staffer, Margaret Maruggi, approached her with the idea of a shared Instagram account to keep the locations united.

Pat said that a focus became: how do we do a few things well? Each location settled on activities that they had staffing and capacity for. 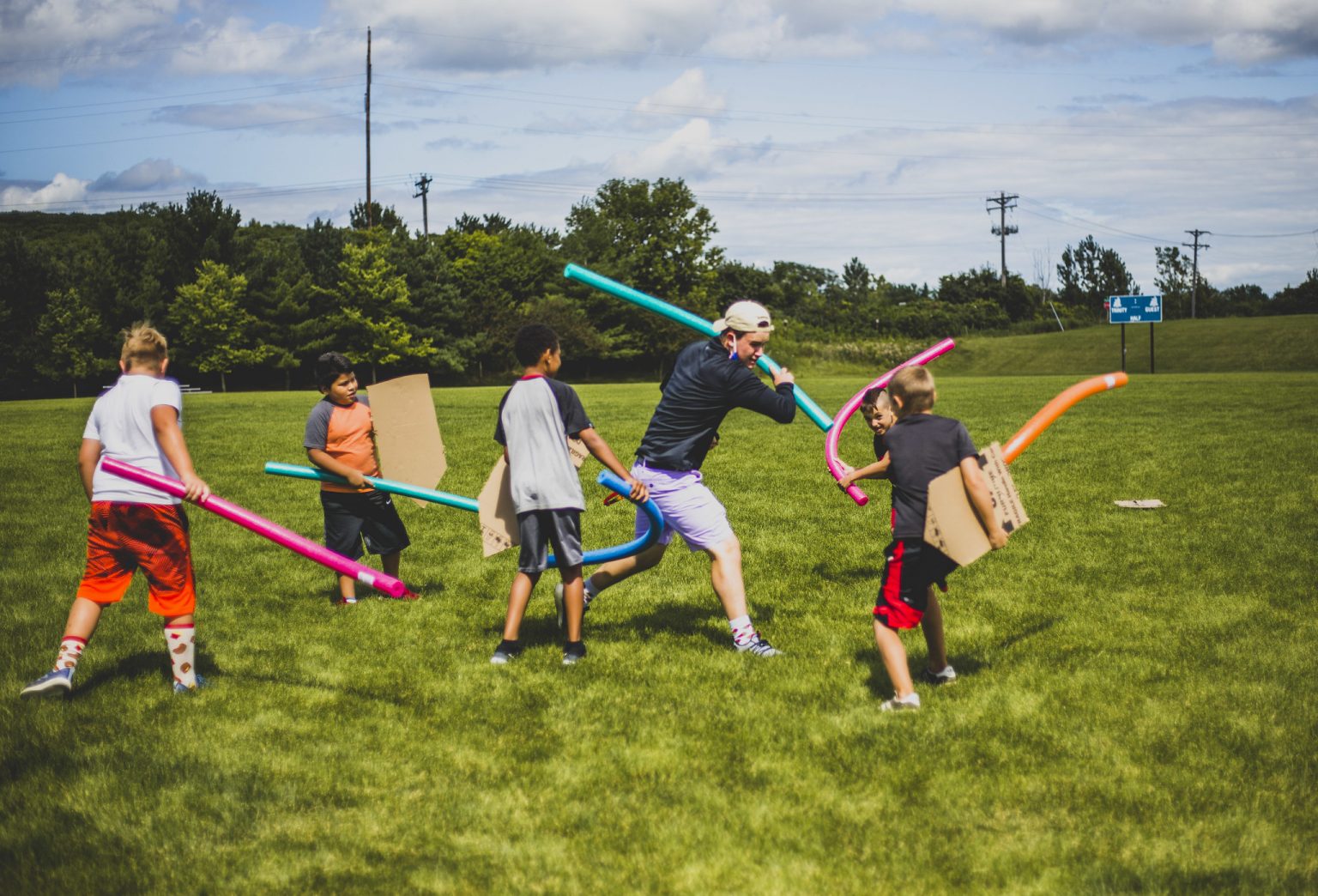 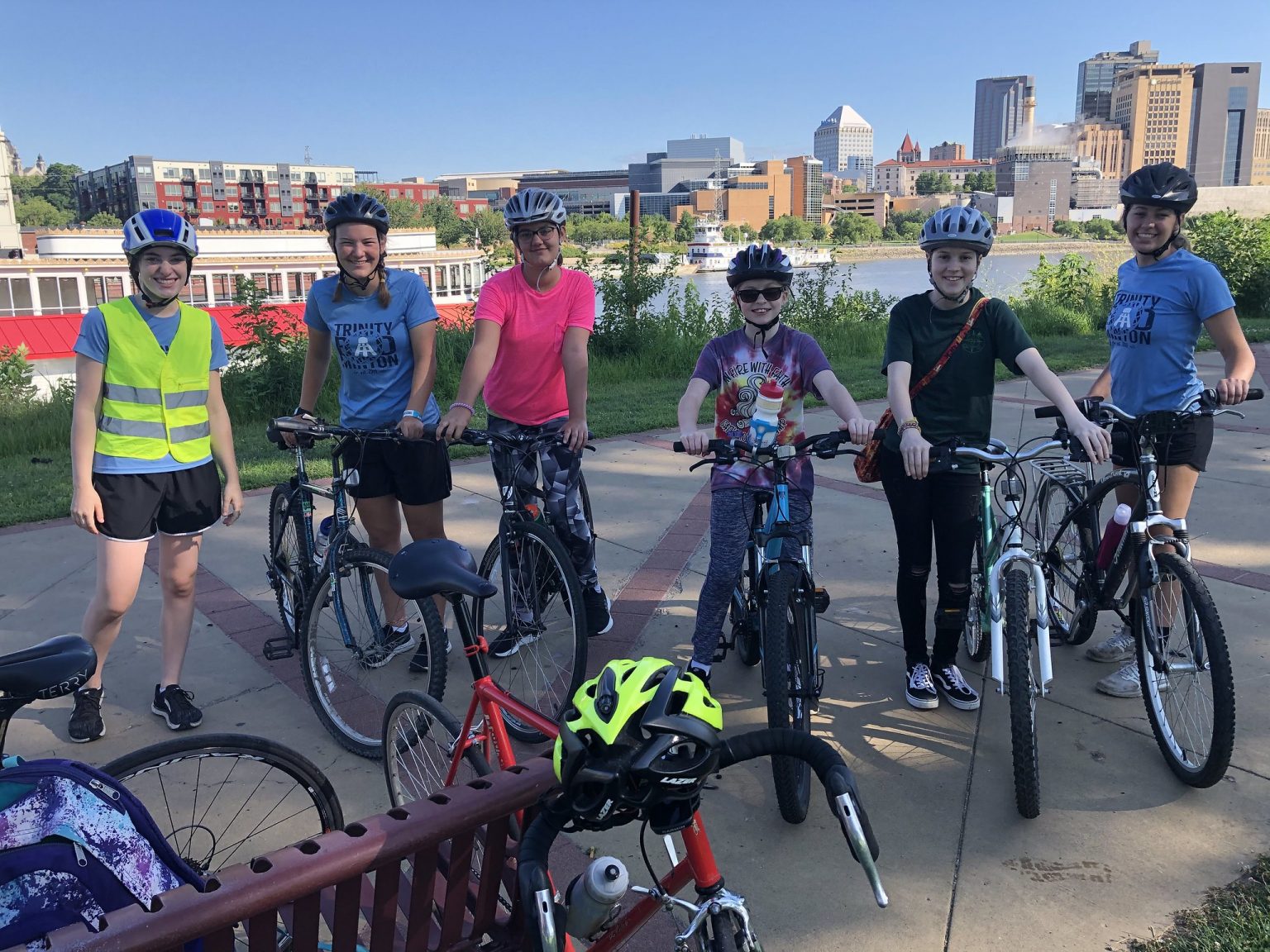 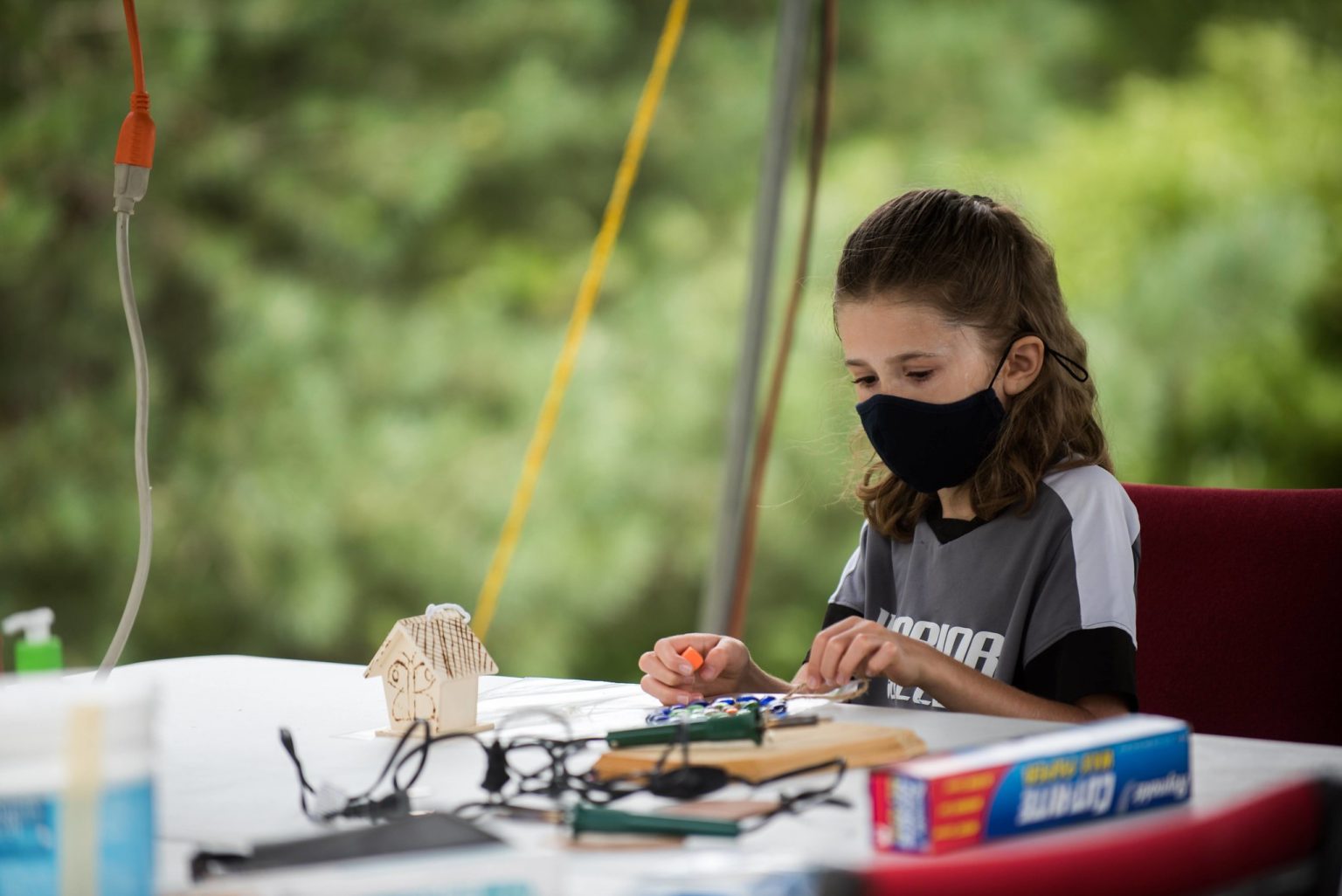 In Servant Branch, the units (different age groups of boys and girls) were split between morning, afternoon and evening shifts. Younger groups (1st-7th grade) came in the morning and afternoon. Director Mike Oberg (Servant Branch) selected one unit each day for a flag raising ceremony. Jeanne would gather the staff before children arrived and teach them camp songs to sing that day. Pat said the girls in particular were always singing as they walked from place to place.

John Brickweg ran field games like soccer and big base and pool noodle tag (the better to social distance). Nadine Reinhardt (Servant Branch), per tradition, led “hand arts”, or arts and crafts. There was a traditional 6th grade bike trip, through the city, and a 7th grade visit to a climbing tower. In the evening, 8th-12th graders came for games, snacks and small group prayer and discussion around a campfire. 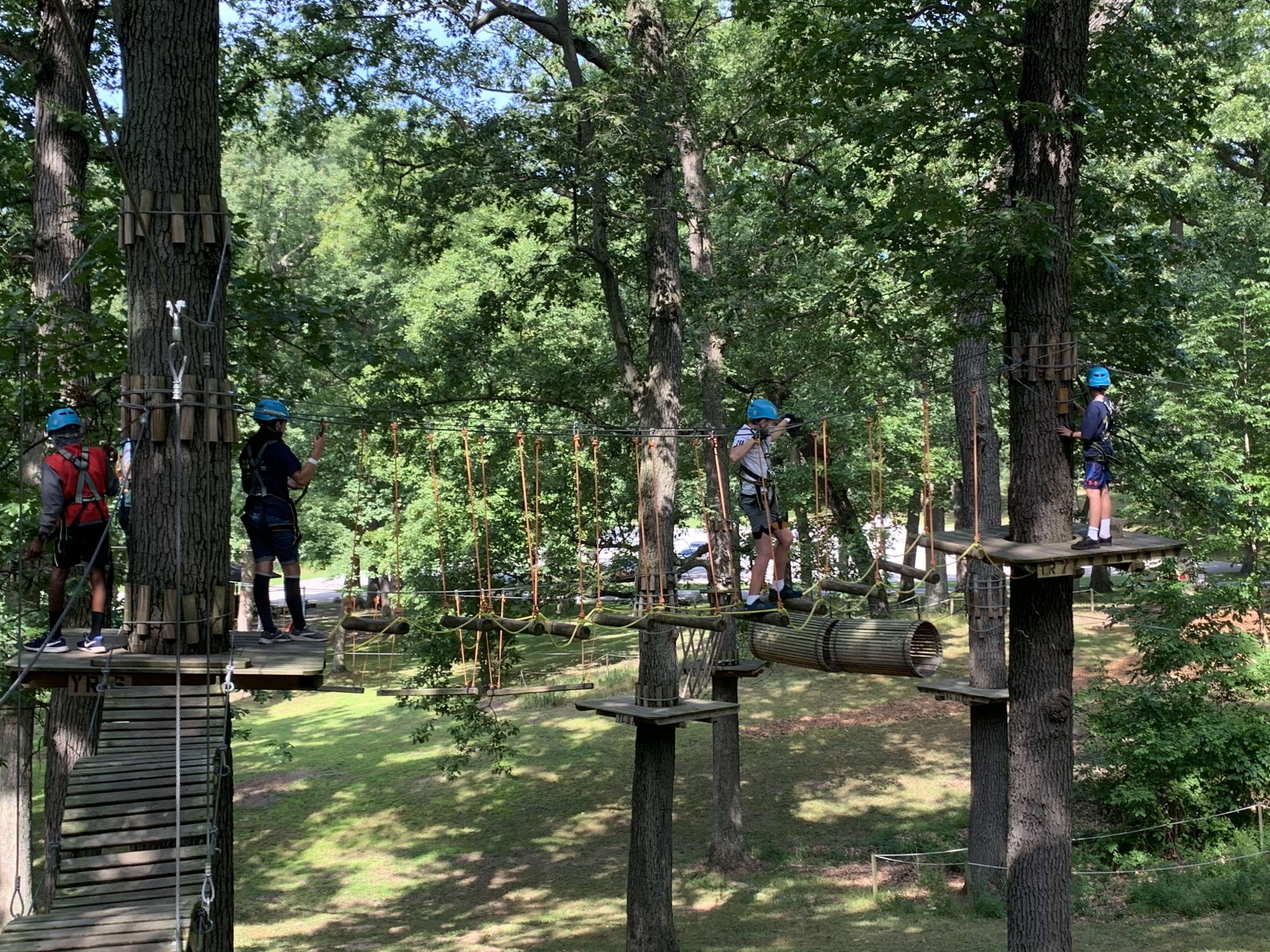 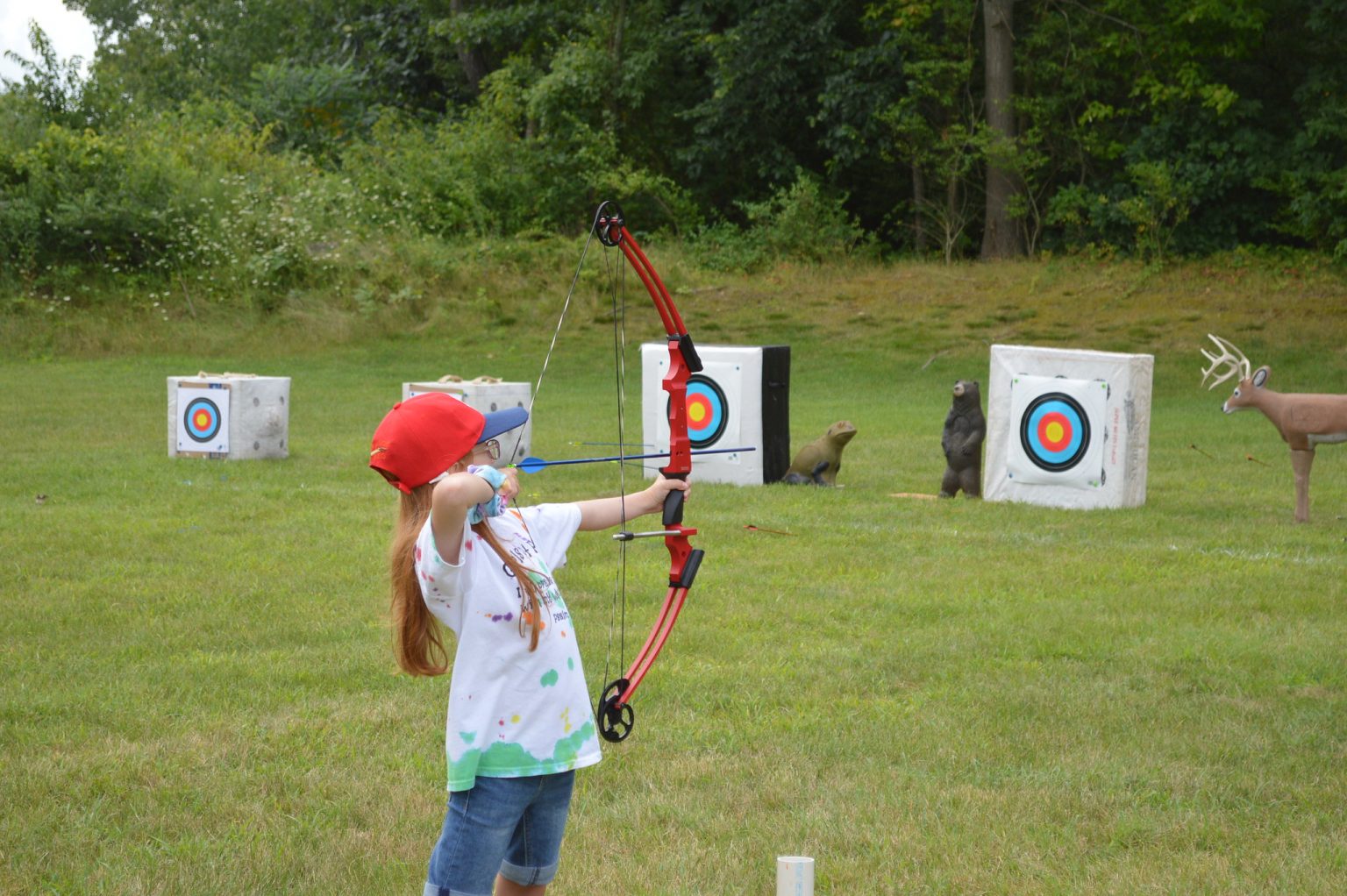 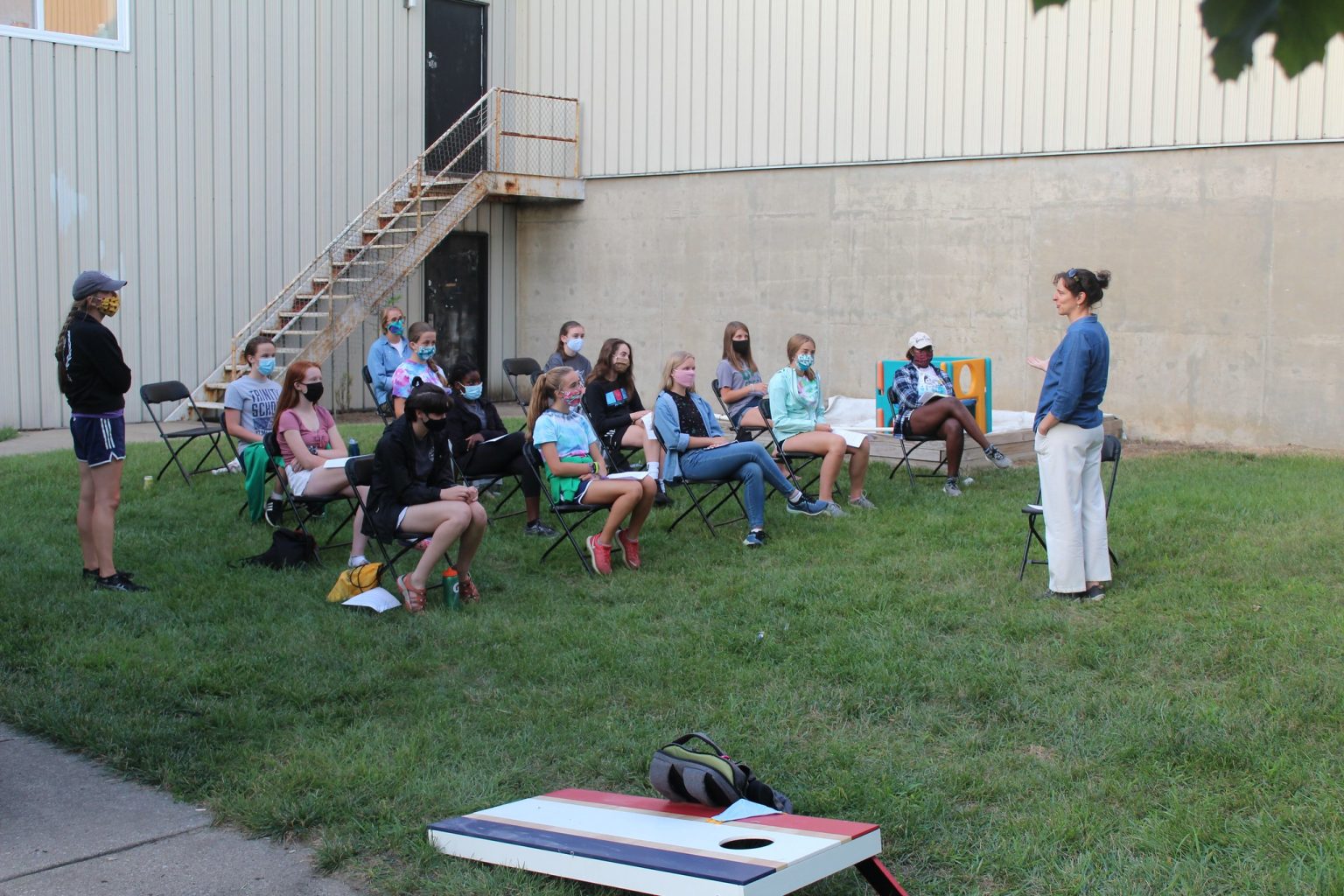 South Bend held camp two mornings and evenings, flanked by opening and closing ceremonies. Directors Beth Couch and Stephen Busk (South Bend) had the new responsibility of organizing all the local logistics themselves. Beth says, “We realized it’s really nice to show up on the bus and everything’s planned. But everybody here really pulled in and helped out and was very flexible to where they could go serve.”

South Bend’s camp included archery (taught by two local instructors, one of whom is a Trinity parent and one who has trained Olympic archers), “camp crafts” (building fires and other camp skills), a bike trip, a ropes course, white water rafting and talks in the evening for older campers. 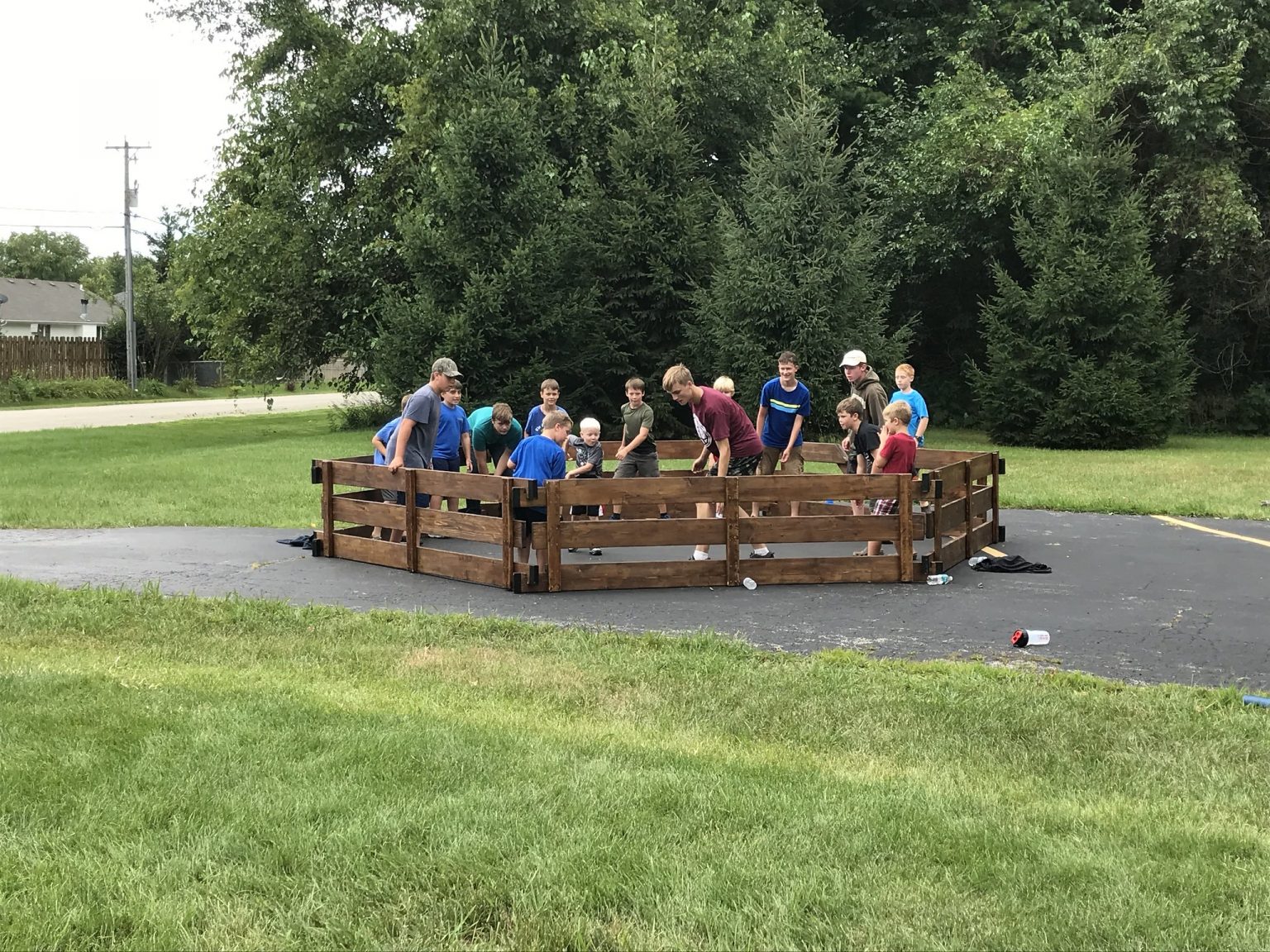 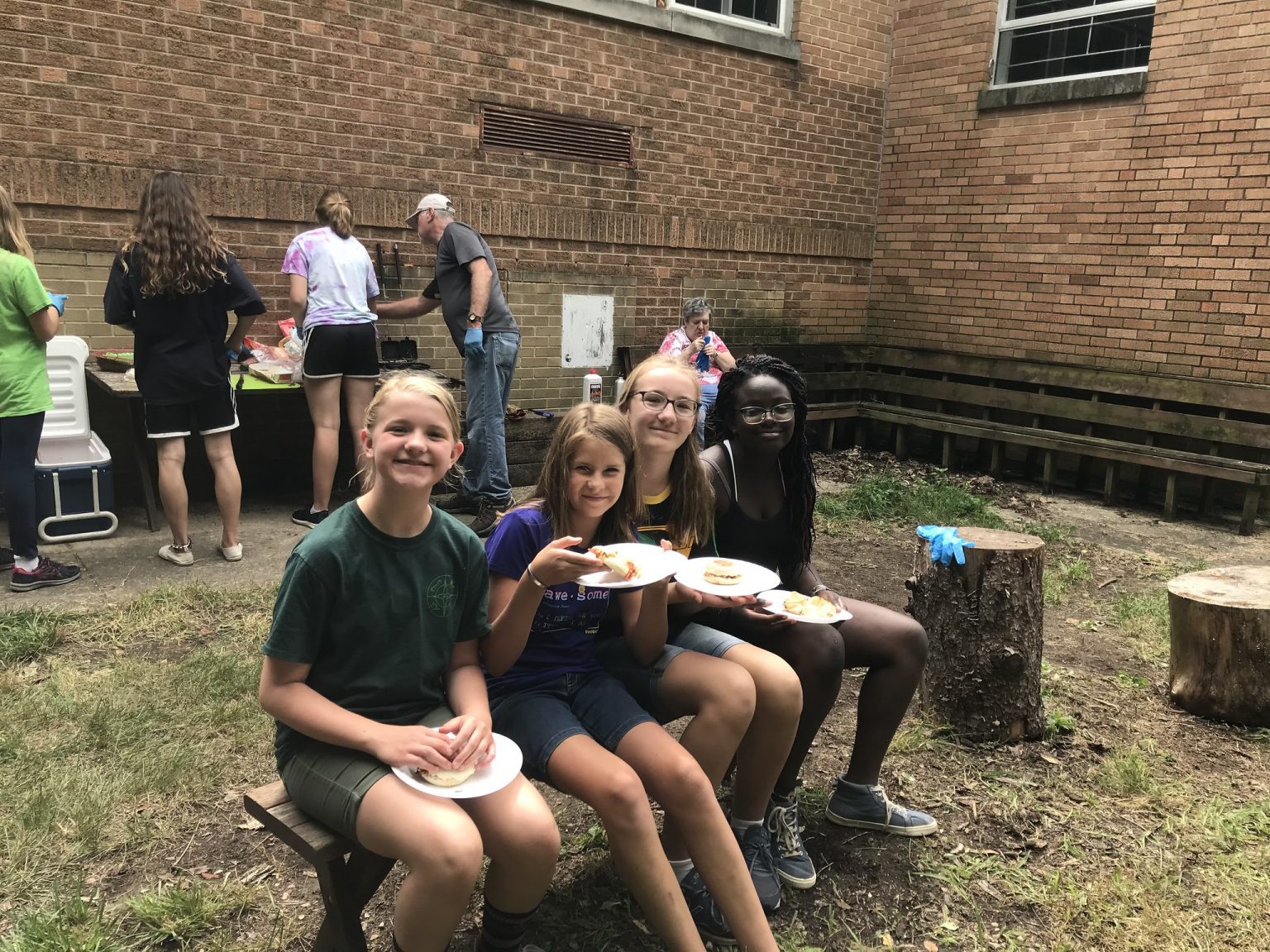 In Rockford, the younger campers met at their branch center for activities such as archery, bb guns, crafts and games. The last morning, they all went on a bike ride and went swimming in the afternoon. The high schoolers split their time between working with the younger campers and doing service projects. One group built a wheelchair ramp for a branch member’s neighbor. The older boys took a canoe trip and the older girls went hiking and kayaking at a local state park. Amy Newburn (Rockford), who helped lead the camp, said that many branch members jumped in and helped however they could. She added that she thought the counselors in Rockford learned from observing both Servant Camp and Action camps over the years.

The first and second graders, known as the Ponies, normally only come for a day camp. The Ponies were the largest group this year, with about 15 in South Bend and 22 in Minnesota. Stephen Busk remarked that it was a blessing to have camp for the younger children in South Bend, who wouldn’t normally travel to Minnesota for a day camp. “It makes me wonder if we should do this every year--have a local day camp for them,” he said. 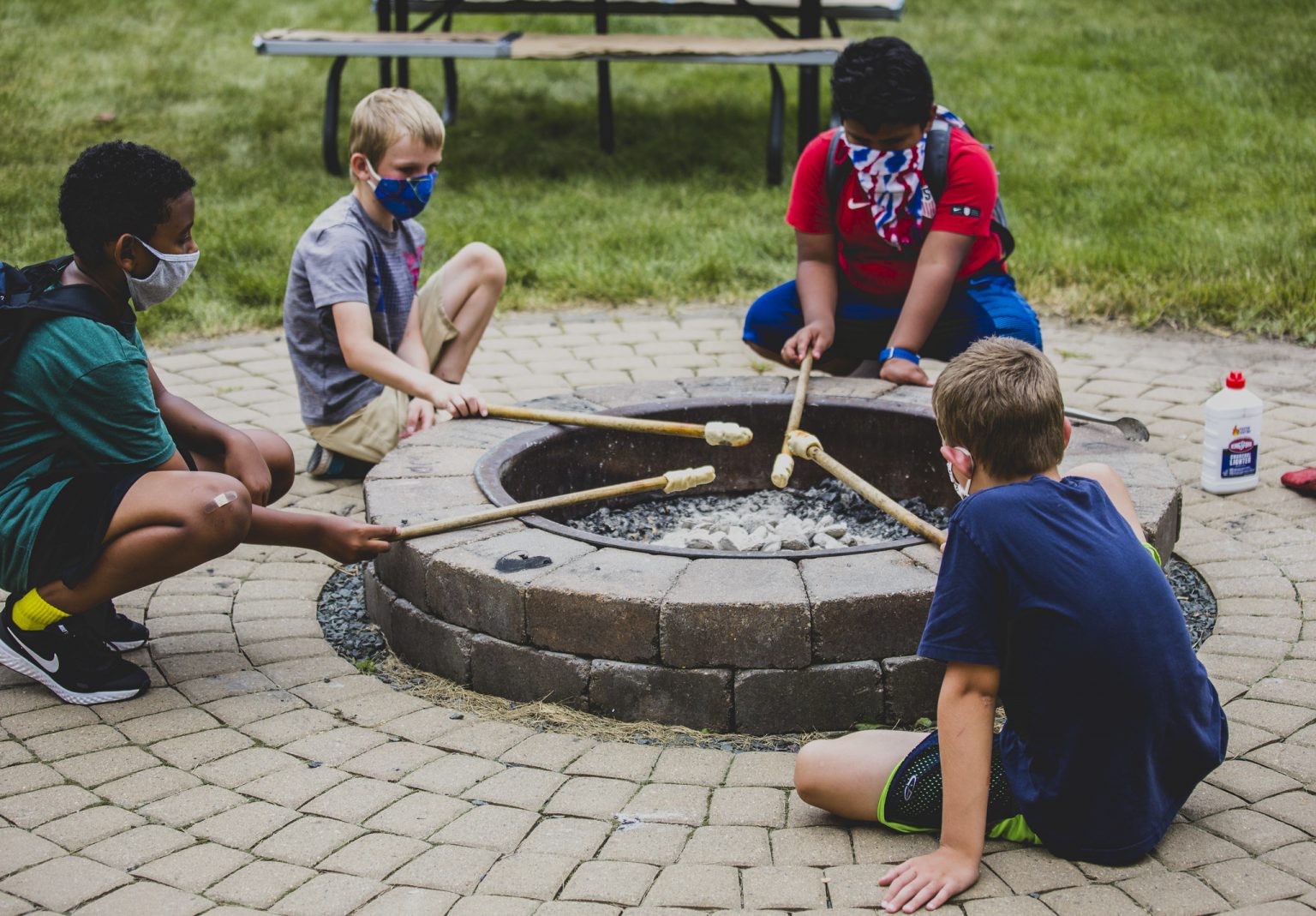 The weather was glorious. All three locations had highs in the 70s, low humidity, cool breezes, and not a drop of rain, which reportedly may be a Servant Camp first. The evening attendees in Minnesota were treated to show stopping sunsets.  Pat said the weather was a gift from the Lord, because the whole plan for camp was weather dependent. Heavy rain or storms or brutal heat would have threatened to cancel the day. Jeanne commented, “I wanted something extravagant, like renting a food truck or something outrageous. I think the weather was our extravagant thing.”

The highlight was being together. Many of the children, particularly the younger ones, hadn’t seen many of their friends for months. The joy of seeing one another seemed to make up for all the parts of camp that were curtailed. Pat remarked, “I thought what the Lord wanted this year was for the kids to be together and run and jump and play. And that was his miracle this year. You should have seen the eyes of these kids!” 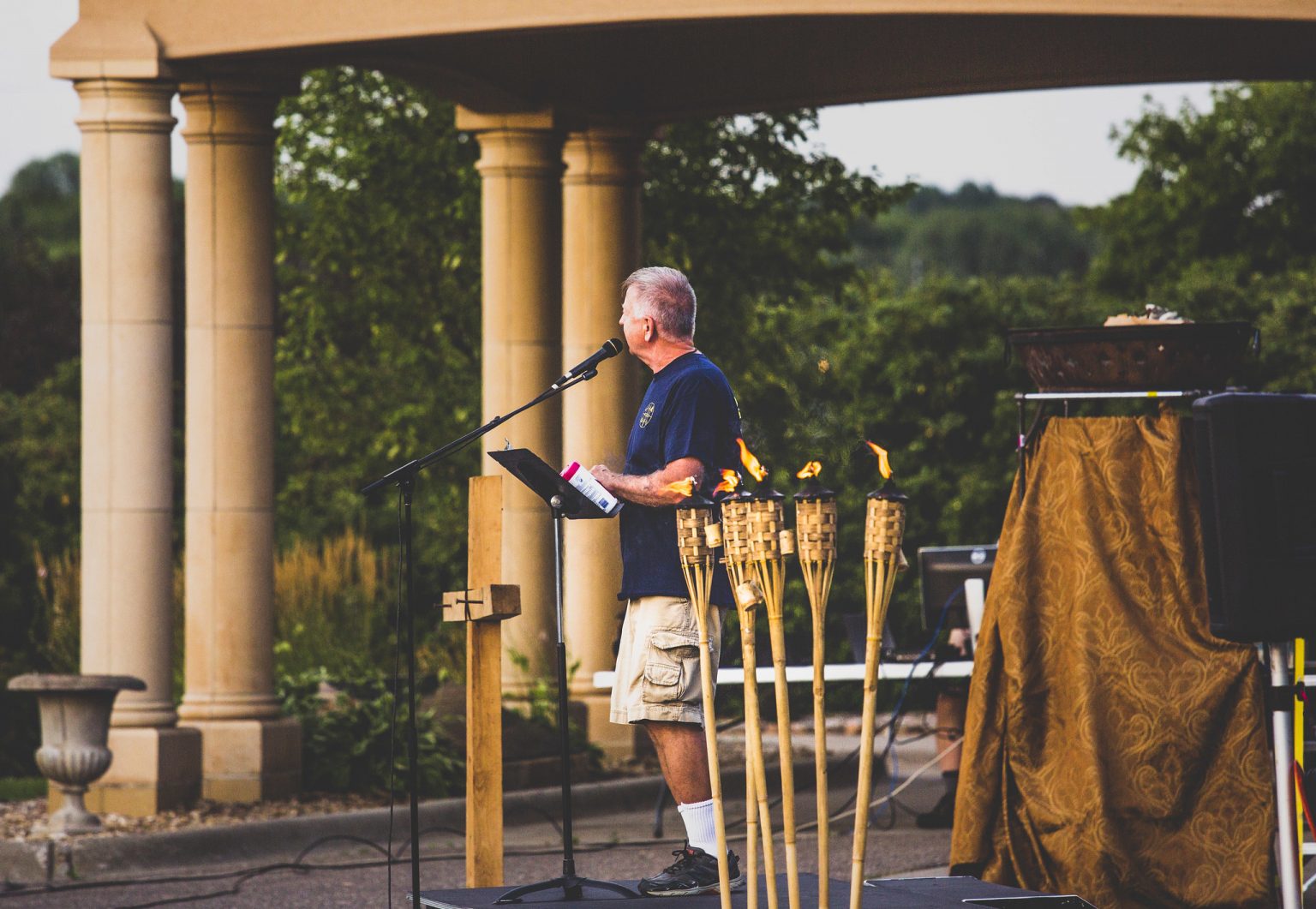