Waves of Mercy, Waves of Grace 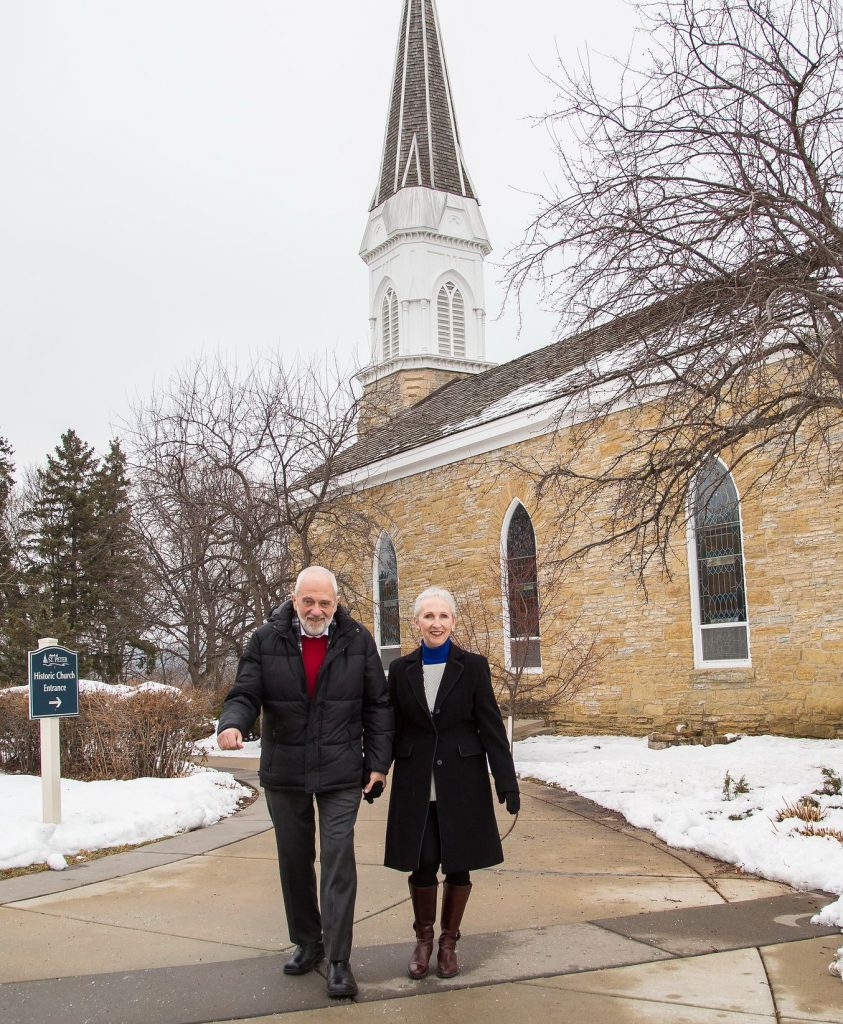 On October 6, 2006, Louis Grams (now Servant Branch) was pulling weeds in his Colorado Springs garden when he felt a pop in his lower back. He wondered if something had suddenly gone wrong with a spinal fusion he’d had 19 months earlier. Louis took it easy and the pain subsided, but then a few days later his blood pressure began fluctuating wildly. He couldn’t stand up for more than a few minutes without feeling faint.

“Soon every system in my body was causing trouble,” he says. “I was seeing 18 different doctors, who struggled to try to treat their share of my 85 different symptoms.”

A number of tests eventually led to a diagnosis of multiple system atrophy (MSA), a rare disease affecting the autonomic nervous system, that is effectively untreatable, incurable and, ultimately, terminal.

It wasn’t the first time Louis had faced the threat of a terminal disease. In 1997, he was lying in a hospital room, close to death from a rare autoimmune disorder. He had congestive heart failure, respiratory failure and kidney failure. Then a nurse’s aide he didn’t know entered his room and told him, “Today, right this moment, Jesus is beginning to heal you.” Over the course of weeks, Louis’s heart, kidneys and lungs all returned to normal, amazing his doctors. Louis eventually went around the country proclaiming his healing and praying with others.

But in 2006 Louis’s health continued to deteriorate. Eventually, his breathing weakened so much that he was tied to an oxygen tank 24/7. In late 2010, he and his wife Nancy made the decision to move from Colorado Springs to Minnesota with its lower elevations.

The move helped Louis’s breathing, but other symptoms worsened. Louis began using a walker, and he started producing “dozens and sometimes hundreds of kidney stones every day.” He had more surgeries, and lived with constant pain. He began losing sensation in his arms and hands.

In 2018, he had two spine surgeries. As a result of the second surgery, he says, “I regained full use of my arms and hands plus about six inches of height.” But complications in the recovery from that surgery led to extremely intense pain. “The pain was so bad he was immobilized,” Nancy recalled.

“By March of 2019, Nancy and I were exhausted from it all and were crying out to the Lord for some relief,” Louis said. Relief began in the form of a spinal injection, which helped block the pain. Then, slowly, Louis began to recover more normal daily function, and his mind, which had been in a fog from the pain and the medication, began to clear. By late spring, he could take walks again with Mick Coleman, using his walker, and could get around the house without it.

In late May, recalled Louis, “when my men’s group prayed with me—as they had every week for the previous eight years—I felt a sense of peace and hope that I hadn’t experienced before, and I knew something was happening.” 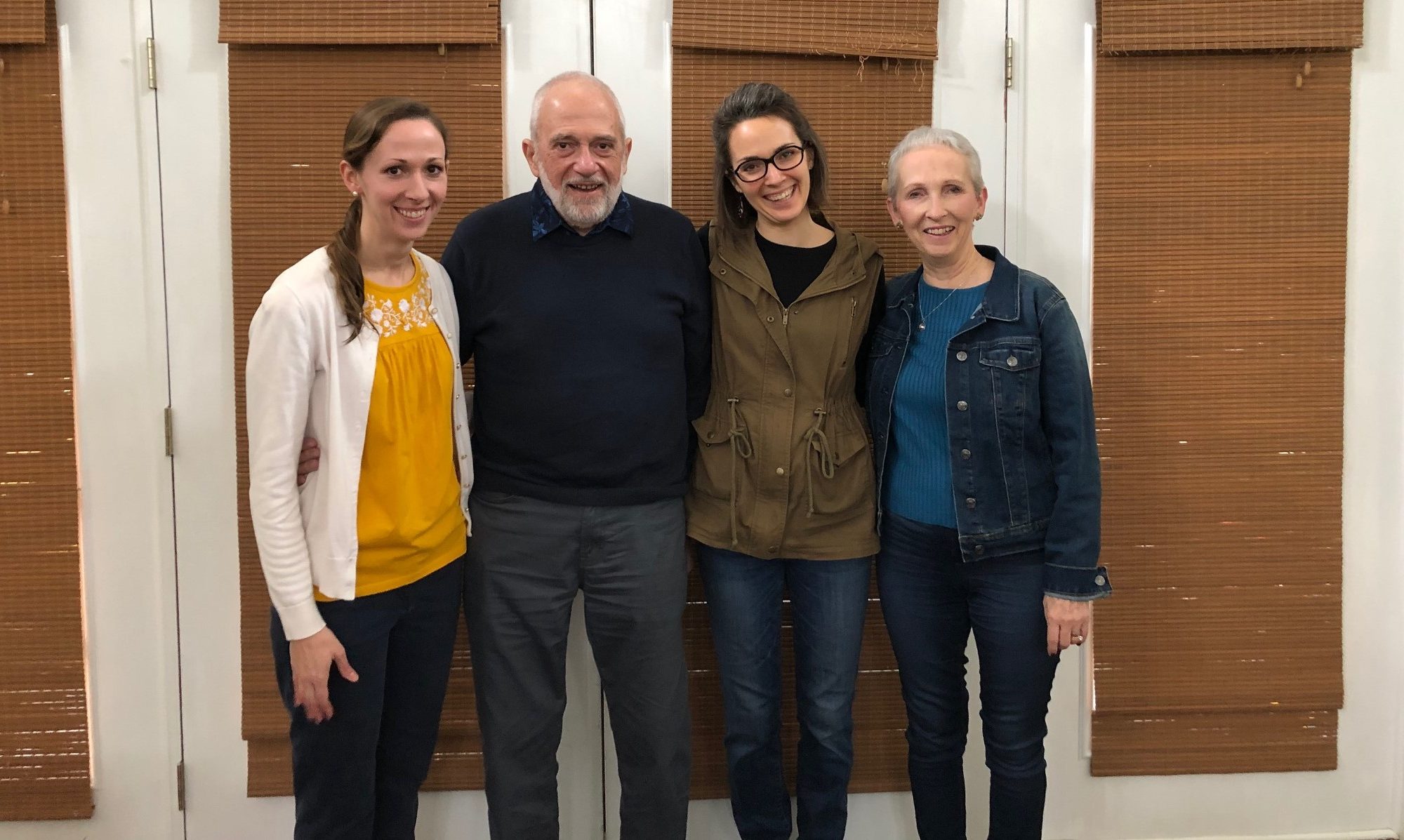 In June, Louis and Nancy went to a graduation party. They decided to leave Louis’s walker in the car, and Louis walked up the driveway, holding Nancy’s hand. They planned to stay only a few minutes, but they began a conversation in the driveway that continued for 45 minutes.

“I had not been able to stand without support for more than three or four minutes for the previous 13 years,” Louis says, “and here I was, standing for the better part of an hour. That was the last day I used my walker.”

Since that party, there have been many more of both firsts and lasts.

“All my systems are working better. I notice things I didn’t notice before, for example, when reading a book or watching a movie. I’ve started studying Spanish.”

In September, 2019, Louis took a trip to Glacier National Park with some community brothers, and hiked at 6,500 feet without needing supplemental oxygen.

Louis’s doctor told him, “This hasn’t happened in the way your healing did in 1997, but there is no doubt that this is a miracle all the same.”

“I have been surprised that Louis’s healing is so total, especially at age 74,” Nancy says. “The fun part is telling everyone, because you know that this is a faith-builder. I tell people all the time: neighbors in our condo building, the clerks in the grocery store, the ushers at our church. They say, ‘Wow, Louis is really looking good.’ They can see the miracle.

“We have an old friend who saw Louis playing the piano at Deb O’Connell’s funeral. He came to me in church the next day, and said, ‘Nancy, are his kidney stones gone too?’ I looked straight at him and said, ‘Yes, Dave, they are.’ He was speechless, just dumbfounded. It brought me to tears of joy.”

Louis adds, “In late January I had a checkup, and all my systems are almost boringly normal. I haven’t had normal in so long that it’s still exciting. Every day, whatever I do is new, and there’s a sense of adventure to it all.

“I love seeing people’s reactions when they see me, looking healthy, without my walker. Joel Kibler (Vancouver-Portland) was in town, and he walked right past me, did a double take and said, ‘Oh, it’s you! I almost didn’t recognize you.’”

In August, Louis gave a sharing to Servant Branch about his healing. He normally sits at the piano bench for the whole meeting, but now everyone saw him walk to the microphone unaided by a walker. The branch spontaneously rose to its feet in a burst of praise and gratitude to the Lord.

Louis said in that sharing, “Fortunately, a lot of people believed that God had not used up his healing mercy for me in 1997 or any of the other times he healed me.