A semi-truck hit me. God saved my life. 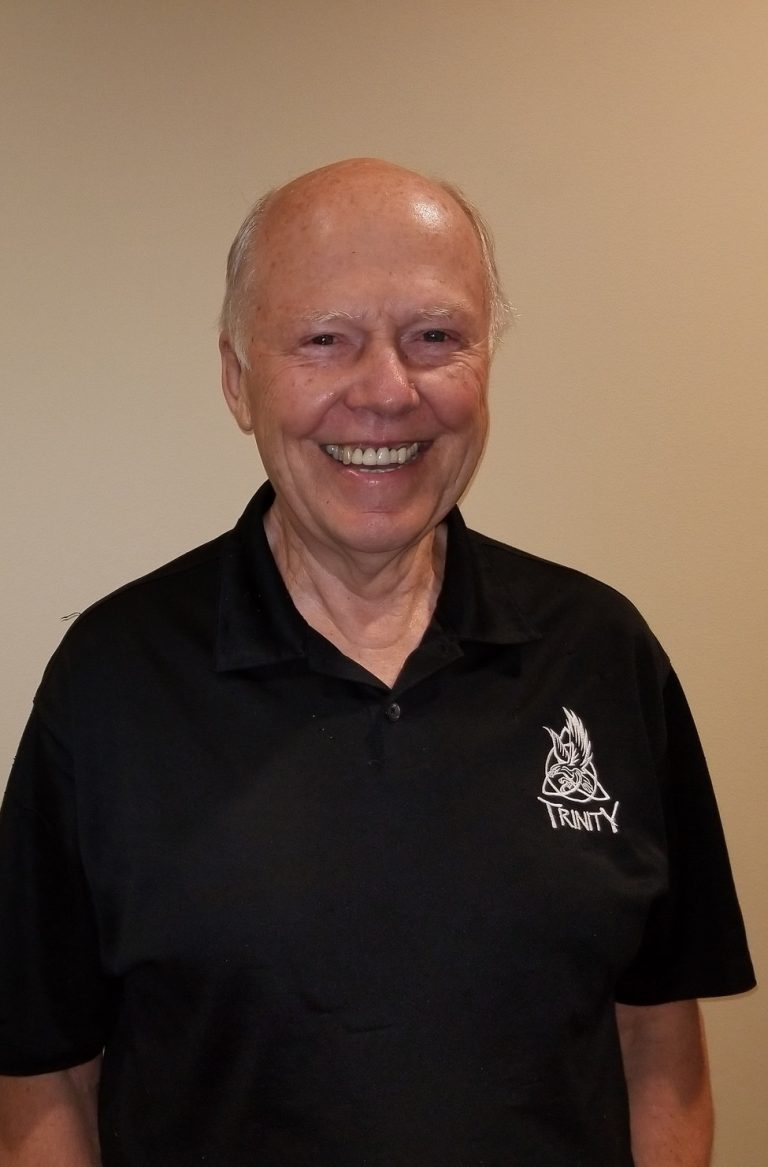 On the night of January 22, 1998, at about 11:30 p.m., I was driving a snow plow on an icy snow-covered highway in Minnesota. I was traveling at about 20 miles per hour and in the process of changing lanes. The last thing I remember is checking my mirrors and seeing no vehicles in the other lane.

I later learned that a semi-truck loaded with cars was attempting to pass me at about 55 miles per hour. Faced with the decision between hitting me and swerving into oncoming traffic, his cab hit my cab on the driver’s side.

My plow partner was on the scene within a couple of minutes. He said I was talking and trying to take off my seatbelt, but my head and eyes were so swollen with injuries that he didn’t recognize me.

I was taken by ambulance to the nearest hospital, where I was diagnosed with multiple head injuries. From there I was loaded into a helicopter and transferred to the Mayo Clinic in Rochester, Minnesota. A prayer hotline message about my accident went out to my brothers and sisters in Christ in Servant Branch. 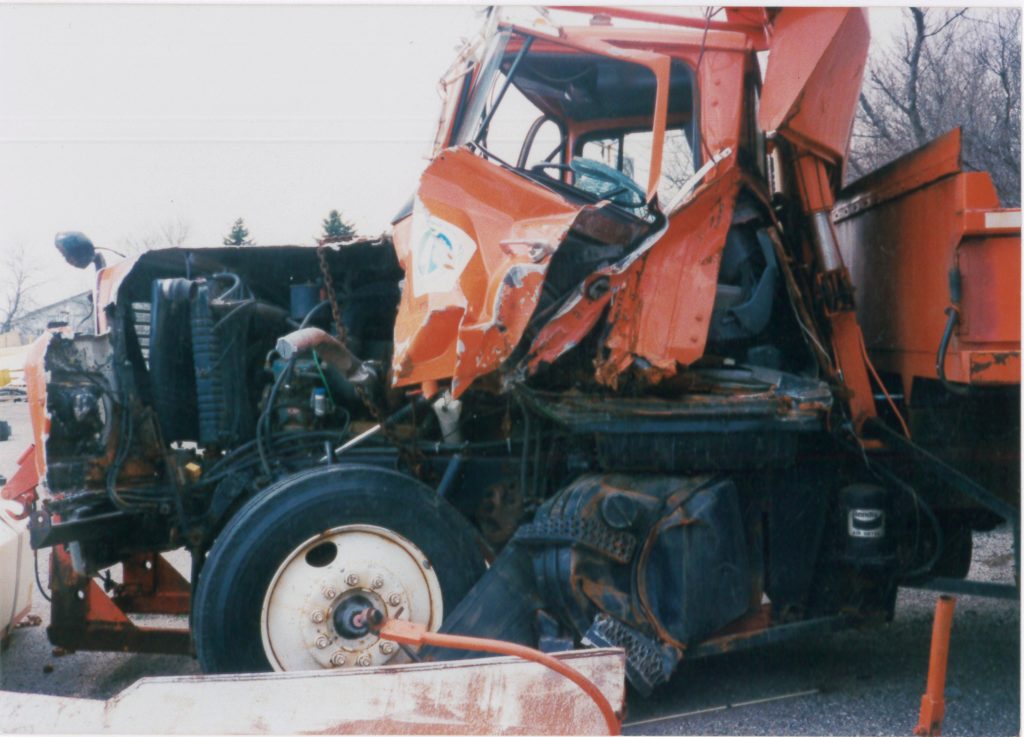 The smashed cab of the snowplow Terry was driving during the accident. Photo courtesy of Terry Schmitt.

In Rochester I was diagnosed with a closed head injury, with a brain hemorrhage and small facial fractures. I also had pieces of glass removed from my eyes. I was in a semicoma for two days. It was as if the Lord put my mind to sleep and saved me from the trauma of the accident. Even so, I was able to respond to the medical teams so that they were able to diagnose me.

I remember waking up, looking around and seeing all this strange equipment, then I noticed that it was all attached to me! I raised one leg, then the other. My legs were both there and seemed to be okay. I then slowly checked my arms. I thanked God that whatever happened had not taken any of my limbs. Soon a nurse came in the room and told me I had been in an accident, but she didn’t know any of the details. She suggested I use the phone next to my bed. I called the first number that came to mind, my brother in Christ Earl Stodden. When he answered, I greeted him with “How are you doing, Earl?” He was shocked to hear my voice. He told me he had just visited me the night before while I was still in a semicoma, and that I had been thrashing in bed. He had prayed over me, and so had several other brothers and sisters from the east area.

From the time I woke up, I did not experience any pain from the accident. My condition improved so rapidly that within a week I was medically stable and was discharged from the hospital. When I left the hospital, I still had swelling in my head and eyes, but within two weeks my appearance was back to normal.

At my first follow-up appointment, two weeks after the accident, they found that my eyes and ears were in good condition and had sustained no damage. The doctor who examined my eyes that day was the same doctor who had removed glass from my eyes when I first came in. He said that he had no explanation for it, but that my vision was 20/20. A CT scan showed that the right side of my brain was swollen and that there was a blood clot from the hemorrhage. I was told that I would need to be patient because brain injuries take a long time to heal and that I would be on an antiseizure medication for six months as a precaution.

On March 6, six weeks after the accident, I had another CT scan. All brain swelling was gone, the blood clot and fractures were gone, and the doctors said my brain looked like it had not been in an accident. They told me I could go back to work. Within two weeks, I was off all medications.

Since I experienced this healing, my faith has come alive. Whenever I see people, I’m not afraid to ask them if they’d like to be prayed over. I’ve also been called on to speak publicly about the healing, including to several large Minnesota Department of Transportation gatherings. I’m not a speaker, but God has given me an inner strength to overcome that fear of talking in public and share about what he has done in my life.