Whatever the Cost: Honoring Kerry Koller 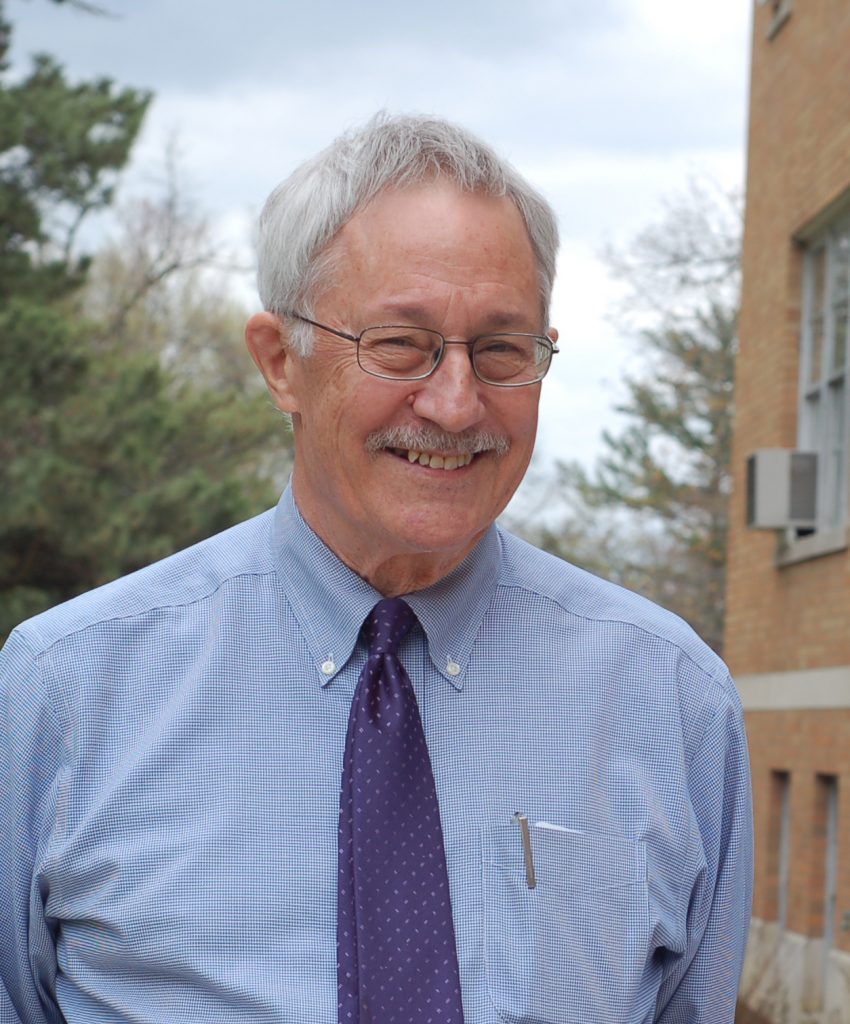 In August, faculty members from all three Trinity Schools and Trinity Academy in Portland gathered in South Bend for a weeklong summit. During the summit, Jon Balsbaugh, the president of Trinity Schools, Inc., hosted a dinner to honor his predecessor Kerry Koller (South Bend), who stepped down as president in the summer of 2017 after 36 years. (Kerry continues to serve Trinity Schools in the role of president emeritus.)

Here are several excerpts from the sharings that evening.

It’s been a privilege for me to know Kerry and Barbara for more than 50 years. I remember first noticing them, a young married couple at Little Flower Church, when Dorothy and I were dating. I wanted to know more about them. Hanging around the Cursillo crowd at Notre Dame, I soon learned that Kerry, a philosophy grad student, was a deeply committed Catholic Christian, seriously intellectual, with a heart for church renewal and building God’s kingdom now. I can see now that he had already been in pursuit of the good, the true and the beautiful.

In so many endeavors, Kerry has been on the cutting edge of what the Lord seeks today. He was an early leader in the charismatic renewal, a founder of a covenant community in San Francisco, and also of a leadership formation program in South Bend called the Apostolic Institute, which was key both in the development of the permanent diaconate in the Catholic Church and the People of Praise ecumenical community. Later, he led a large band of folks to leave San Francisco and move here to join the People of Praise. He is a courageous risk-taker in the Lord. I think it was about this time that the Lord spoke to him about Trinity School.

Kerry is one of the hardest-working men I have ever known. In building Trinity, and also as a leader and teacher in our community, he has spared no effort over long and hard hours of research and writing and speaking to get it right and to express it clearly in a convincing way. Our offices have been next door to each other, and I’ve seen this quality for many years. Whatever it costs him, he has spent himself for Trinity, for its goals and vision, and for its achievement.

Kerry, more than anyone, has held the vision bright. He consistently held up the goal that the formation of the intellect was foremost. Memos and talks that I have from the early 1980s sound remarkably like those he sent out and gave in the middle of 2010. This theory turned into practice under his direction, and the community of learners became not just a trite phrase but a reality.

Another aspect of his life has been his missionary spirit. You’ve heard about him moving to South Bend from San Francisco, but he has also served as head of school at each of the campuses, which of course meant uprooting his family life to do so, as well as adding to his already sufficiently busy job as president of Trinity Schools.

Kerry has also always been a collaborator, being a member of the community even as he gave direction. My best example of this occurred when, in 2004, he suggested to me that he and I become a “Head of School team.” Now, he could have just done this job himself. Instead, for the next six years, we worked as a team, which required many hours of communication and trust in each other.

When I heard my dad was stepping down from day-to-day operations of the school, I asked him whether he would want some sort of formal acknowledgment. He said, “No, I am part of a team. We all have different roles and parts to play, and this was my part. I am no better than anyone else.” This is a window into how Dad has always viewed his place within the Trinity narrative.

I reached out to my siblings and our mom for stories and they responded with many.

First I want to honor you for your servant’s heart. As my brother Peter said, “I remember going to Trinity on Saturdays to refresh and clean the building, along with associated trips to TruValue to buy light bulbs, paint and cleaning supplies.” From Jack, “He would go to the copy room at Greenlawn and spend countless hours copying teacher seminar handouts and materials.” From Jack, “I can still remember him buying a PC and setting it up at home to fully demo it before they were bought for the new computer lab.” There were no school IT people back then. And Mom relayed, “Before his stepping down, while we would be on vacation, he would spend the first couple hours every day on email and working on items that needed attention.” He was a founder, curriculum builder, head of school, president of three schools, with all the associated work that comes with that. And he did that while serving on the People of Praise board of governors, being a head coordinator, giving a leading role in the vision of the community, writing talks, giving talks, and providing pastoral care, all while also raising a family. That’s hard work.

Dad also always had the respect of his students. As Peter said, “The respect he had from students in classes where he was teaching and where I was present was real and unequivocal. No one ever joked about him, and they behaved themselves, and often raised their game in his presence.” When I was there, the school was not my favorite thing at the time, but I also did not want to hear people disparage my dad or my mom because they worked there. In speaking with a friend then, I thanked him for not ripping my dad around me. He said, “I won’t, because some people treat you like children unless you prove otherwise, and your dad has always treated us like adults unless we prove otherwise.” 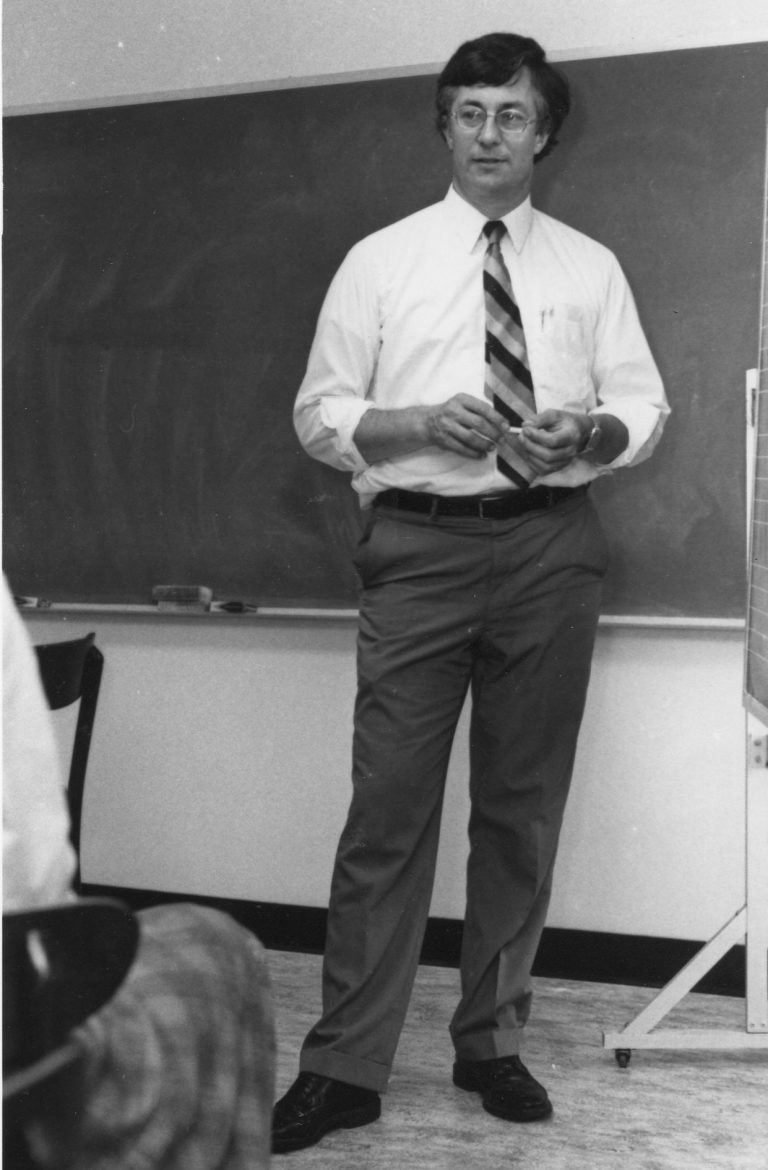 I want to say a word about the role of friendship in Kerry’s life and our life. The first thing about friendship that everybody knows is that you have to be present as often as you can with the one with whom you are a friend. But sometimes friends have to be separated, like Francis Xavier was separated from Ignatius for years at a crack. Francis would get a letter or two a year, which he would put in a pouch around his neck to carry around. They had a sense of being present to each other across the distance. They were one. They were in sync. Several years after I ceased being overall coordinator, I also stopped being the chairman of the board of Trinity Schools. And so the weekly meetings that Kerry and I had with each other up until that time, which we had been doing for years, these really wonderful times, ceased. We both wanted to do something about that, but it turns out that we hardly ever saw each other thereafter. He had new responsibilities. I had very different responsibilities, and our paths didn’t cross. There were a lot of intervening life experiences that had to take precedence over our being together. But when I do run into Kerry, it’s as though we hadn’t skipped a beat. We start up the conversation in exactly the same place. I don’t mean that it’s routine and automatic. It’s ratcheted up a bit. It’s improved. It’s moved on. It’s more real, still alive. It is really the case that Kerry and I have one heart. And as long as we’re of one heart, we’ll always be friends. Kerry has a huge capacity for being a friend of all of us.

Kerry never sought reward, honor or prestige for the school or himself. Instead, he’s lived by the light of the truth and the leading of the Holy Spirit, demonstrating for us all what it means to live a meaningful, moral, self-sacrificing life.

He has borne consistent witness to education as a human awakening, both for himself and for his students. Whether inspiring students with his talk on the Habitual Vision of Greatness, guiding the faculty through a major adjustment to our philosophy of education that became known as the New Paradigm, engaging The Matrix, the sci-fi film, as a metaphor for our education, or simply sharing New York Times articles with those he thought would find them interesting, Kerry has shown us all that one can live a life of wonder that does not cease.