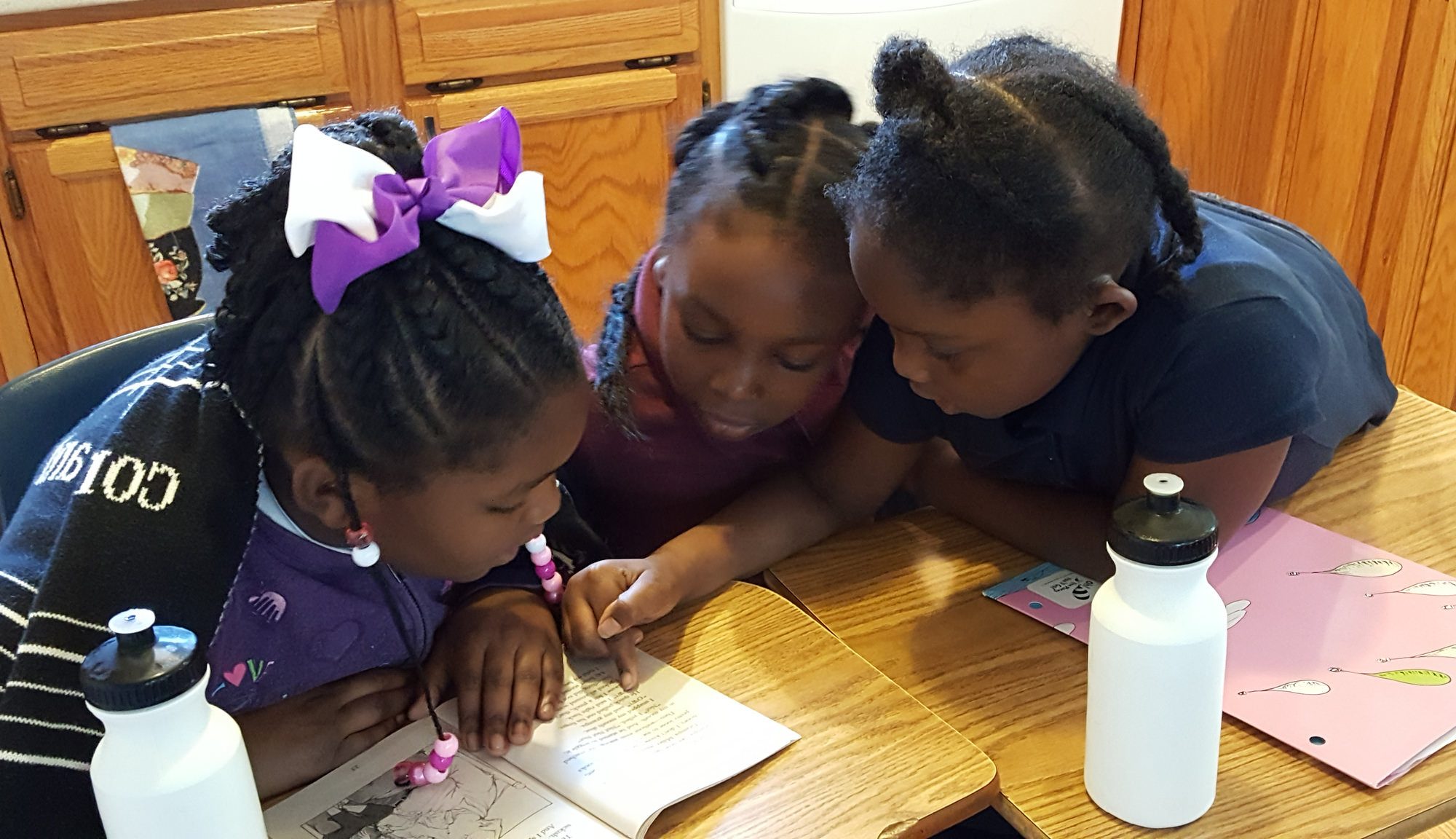 Some Praise Academy students—Shaniya, Macayla and Aurbrie—worked together during a recent reading workshop.

Joan Pingel sighed as she walked into the Bossier City, LA, shopping mall on a Saturday in July and saw the extremely long line. The mall was giving away backpacks loaded with school supplies, and Joan and two chaperones had brought seven Praise Academy students with them to stand in that line. It didn’t matter that they had arrived 45 minutes early. So had everyone else!

Adding to the pressure, one of the students had confided in Joan that there was no food to eat in his family’s house. “We’ll talk about that later,” Joan had told him, hoping that an answer to his needs would materialize in the meantime.

As the line snaked through the mall, Joan saw that they were standing in front of Victoria’s Secret, a lingerie store. She told the students to turn their backs so they wouldn’t see the store’s immodest displays. Facing in a new direction, they noticed a crew of mall employees trying to organize a Hula-Hoop contest to keep the kids in the line occupied. Most of the kids hadn’t noticed what was happening, but three Praise Academy students joined the competition. Two of them quickly fizzled out, their hoops and their hopes clattering to the floor. But the young boy who had told Joan about his hunger hung on until he was the last man standing. He was the champ and entitled to a prize. “What do I get, Miss Joan?” he asked. The prize was a $25 gift card to a fried chicken chain, Raising Cane’s!

“The Lord heard you asking me about food,” Joan told him.

The boy handed her the card for safe-keeping. “Don’t tell my mom yet,” he told Joan.

The line seemed to move more quickly after that. The students got their new backpacks and everyone returned to the van.

When Joan took the winning student back home, he excitedly told his mom about the contest. “What did you win?” she asked. He handed her the gift card triumphantly, proud to have made a contribution to the family.

“Look at what the Lord provided,” the mom said.

Later that evening, Joan went to pick up a chicken dinner for the whole family.