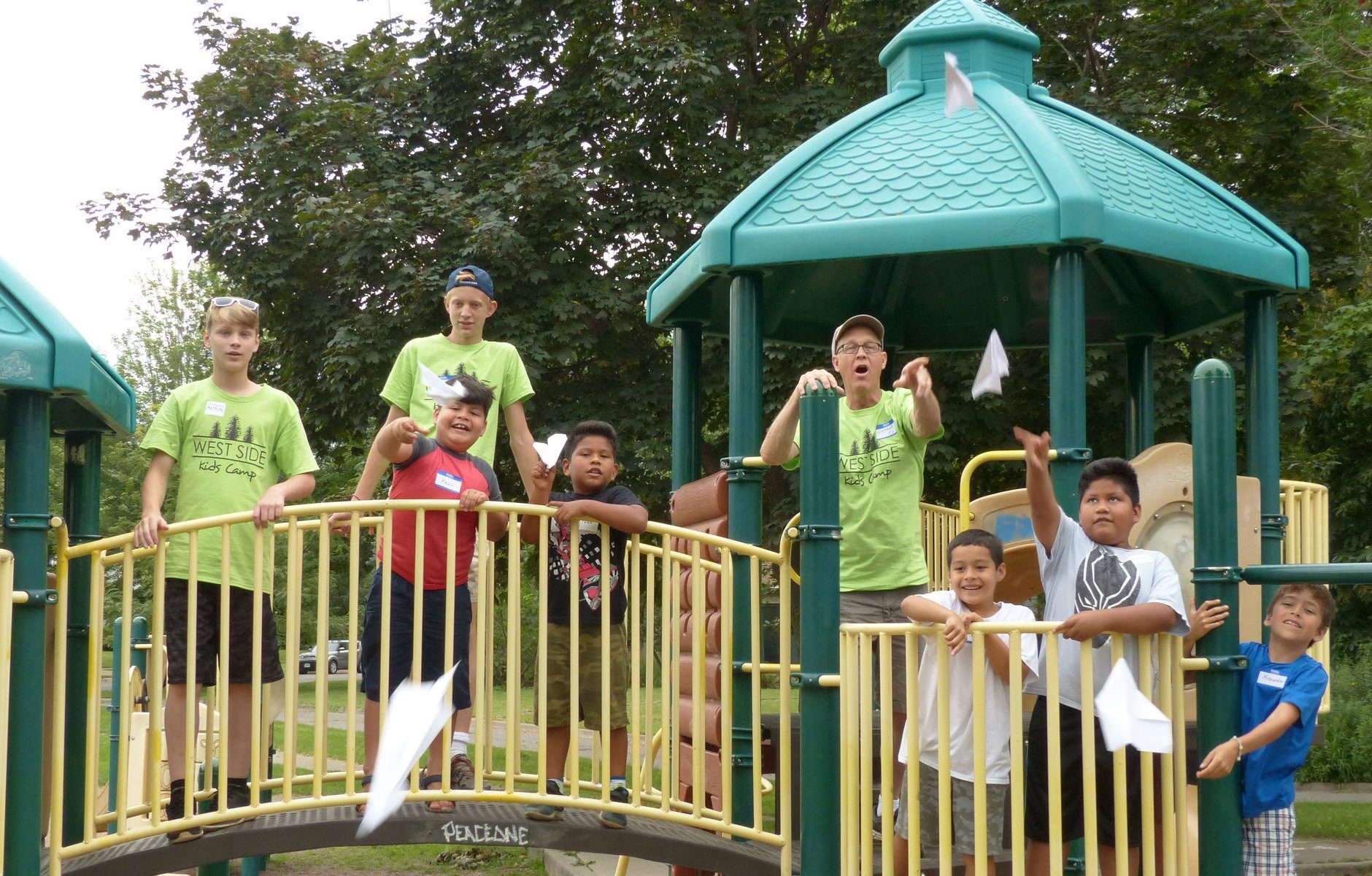 John Ostby (middle) leads some campers in paper airplane fun at the third annual West Side camp held July 9-13 at Prospect Park in St. Paul. With him in green are two of the young men who helped out at the camp: Nathan, one of five Action students who came from Rockford, and Eric, a member of the Servant Branch Action division. 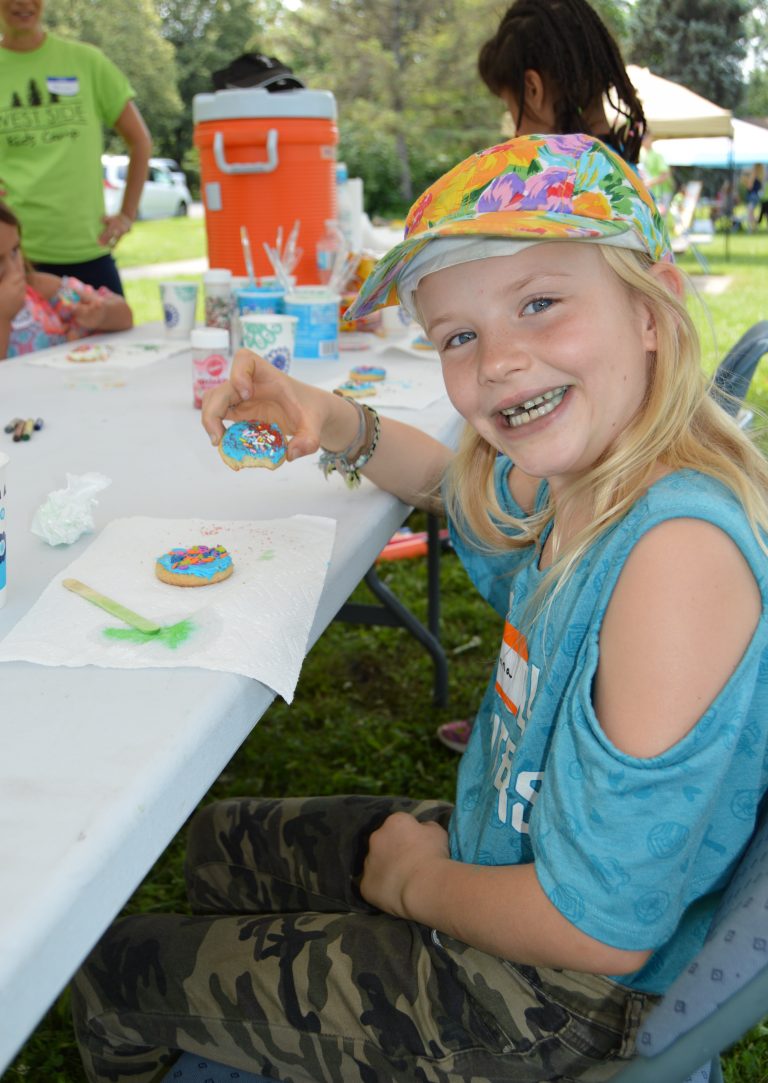 Girls at the West Side camp make Christmas cookies as part of a theme day that focused on the Christmas story. 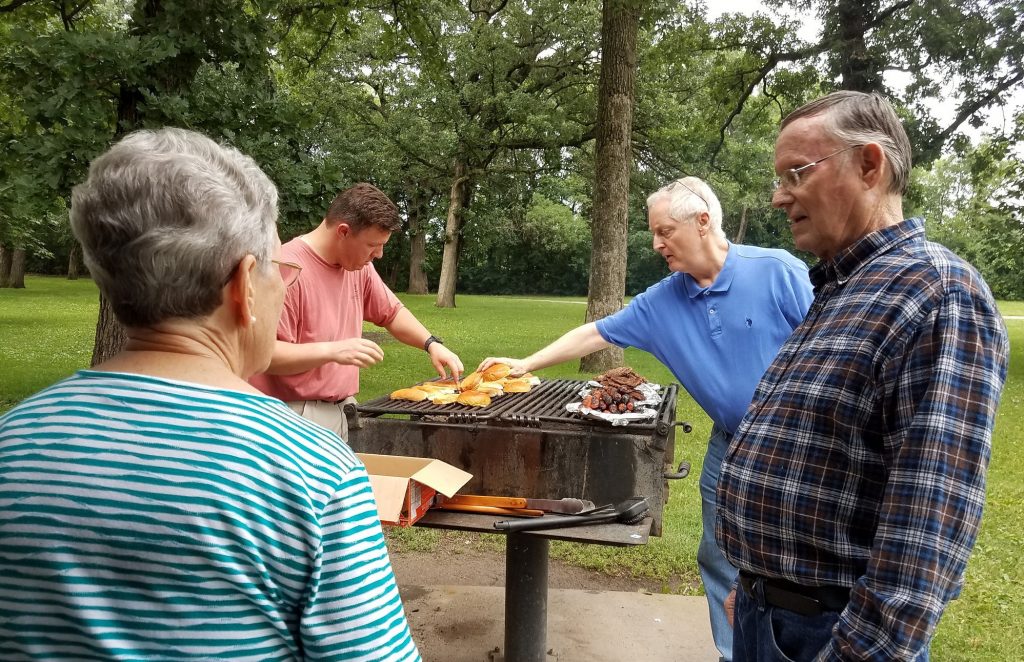 Isaac Bolduc and Ken Kuehn man the grill at the joint picnic of the north central and St. Paul west areas at Wabun Park in Minneapolis on June 26. Florence and Jack Wright, in the foreground, have since moved to the northern Virginia branch. 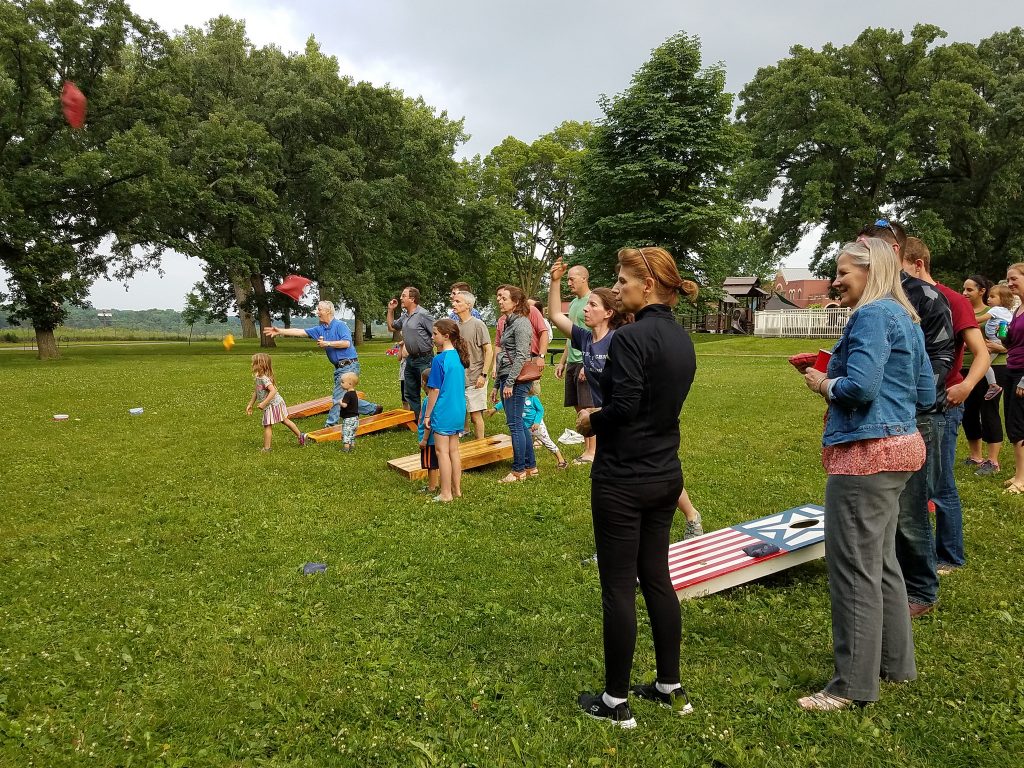 A giant game of cornhole at the joint area picnic in Servant Branch on June 26. 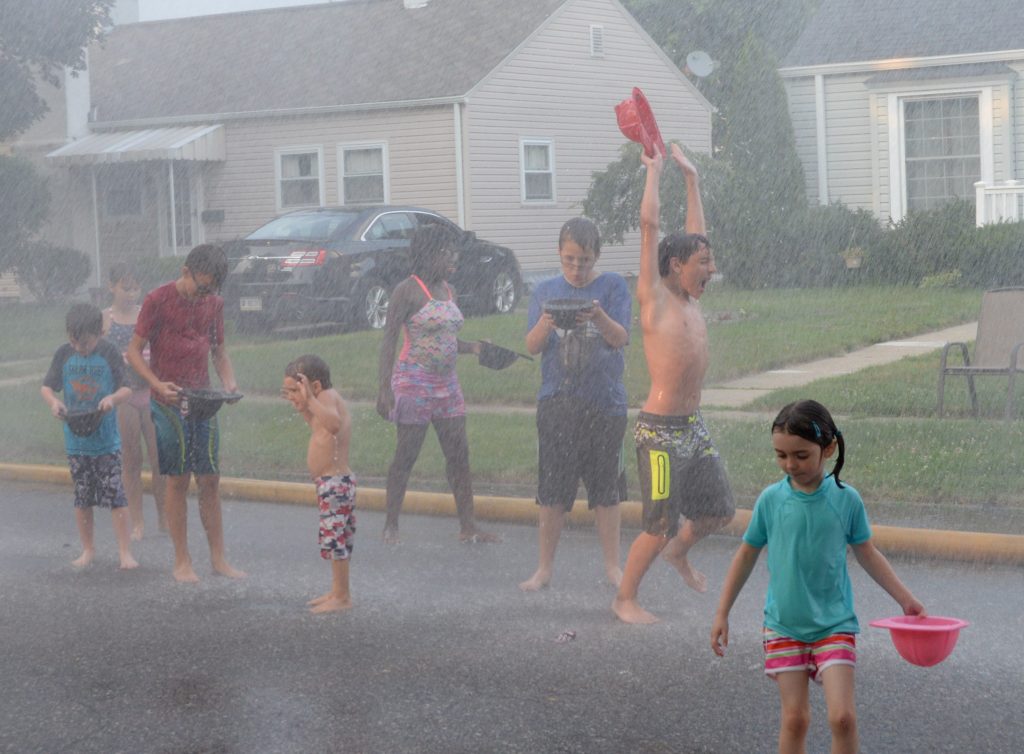 Fireman and South Bend branch member Pat Kottkamp brings a fire truck from his station to keep the kids cool at a block party on Ellsworth Place in South Bend on July 3. 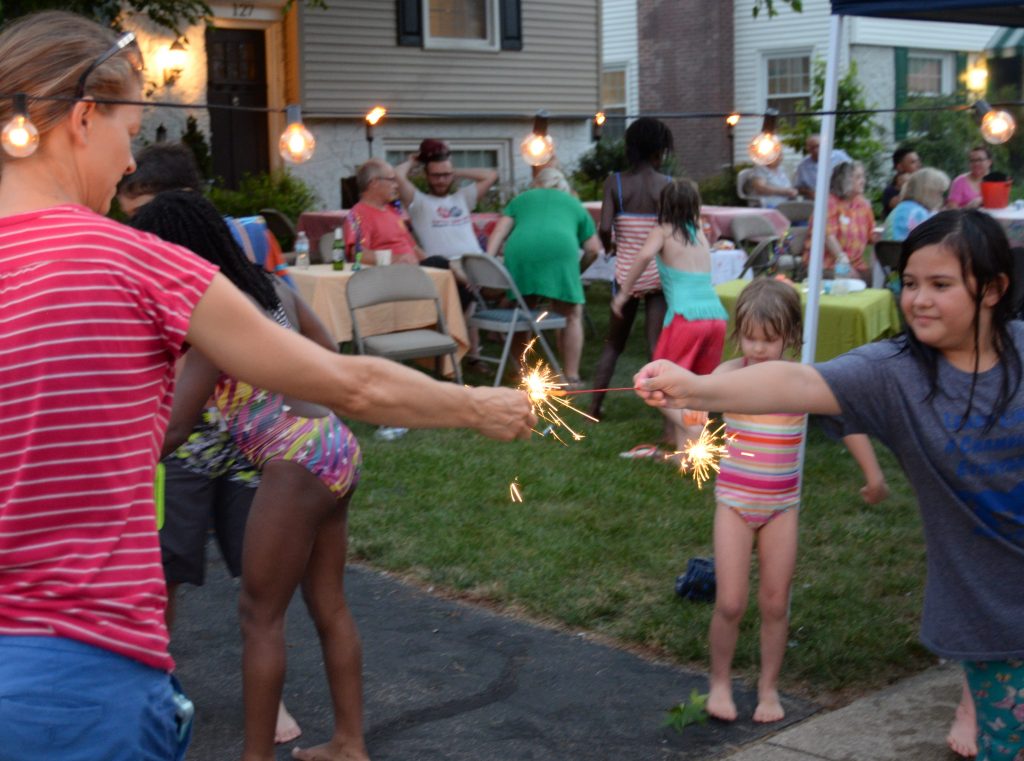 After things dry up a bit, it’s time for sparklers. Laura Salmon (left) shares her light with a young neighbor. 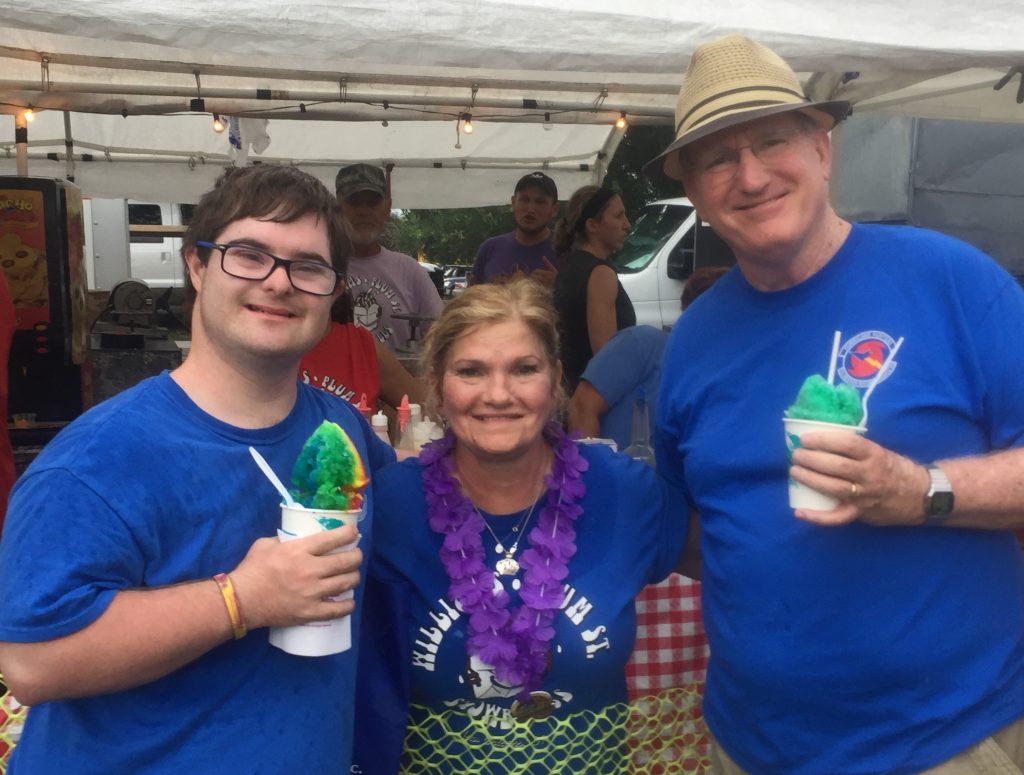 Stephen Slattery (left) and his father Phil take the time to befriend the snow-cone lady at the Uncle Sam Jam, a Fourth of July festival in New Orleans.