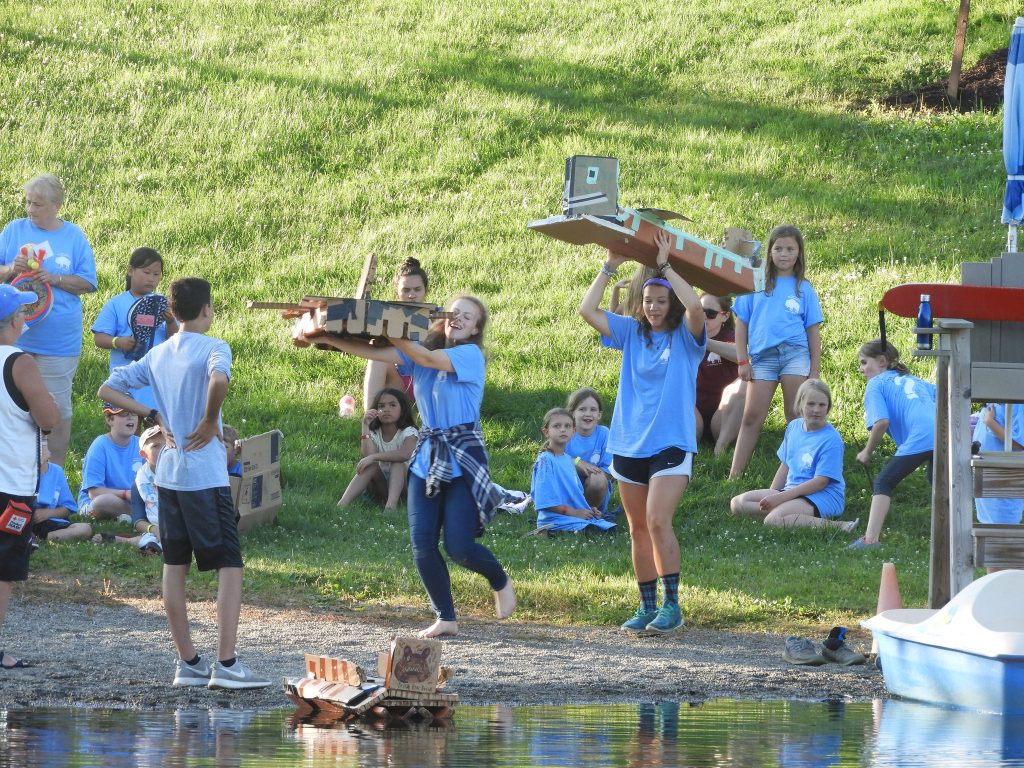 Counselors Mary (Colorado Springs) and Sophia (northern Virginia) carry their cabin’s boat to the water for the next heat in the camp’s cardboard boat regatta.

Up in the chapel, nestled among the foothills of the beautiful Alleghenies, more than 100 Buffalo campers were praying and singing enthusiastically. Then Peter Hammer, the leader of this Jesus Jam, suggested the group pray over John Gehl, a longtime counselor, who is suffering from cancer and from paralysis in his legs. The children gathered around John’s wheelchair to ask the Lord to heal him, with the youngest and shortest children closest to the front and the taller children standing farther out. “It was like a wall of prayer surrounding him,” Peter said. “The Lord was present.”

Despite his condition, John was serving as the camp’s first spiritual director, and by the time of the Jesus Jam on Wednesday night the campers had had ample opportunities to experience his care and concern as he led them in prayer and told stories of God’s action in his life. “He was a truly amazing witness,” said Becca Coleman (Muncie), a counselor for the eighth-grade girls.

It was the 31st year of camp for Tom Shriver, the longtime director. “The peace of God was so evident throughout the week. Sometimes it was hard for me to even talk with people—I would feel the presence of God so strongly I would tear up.” 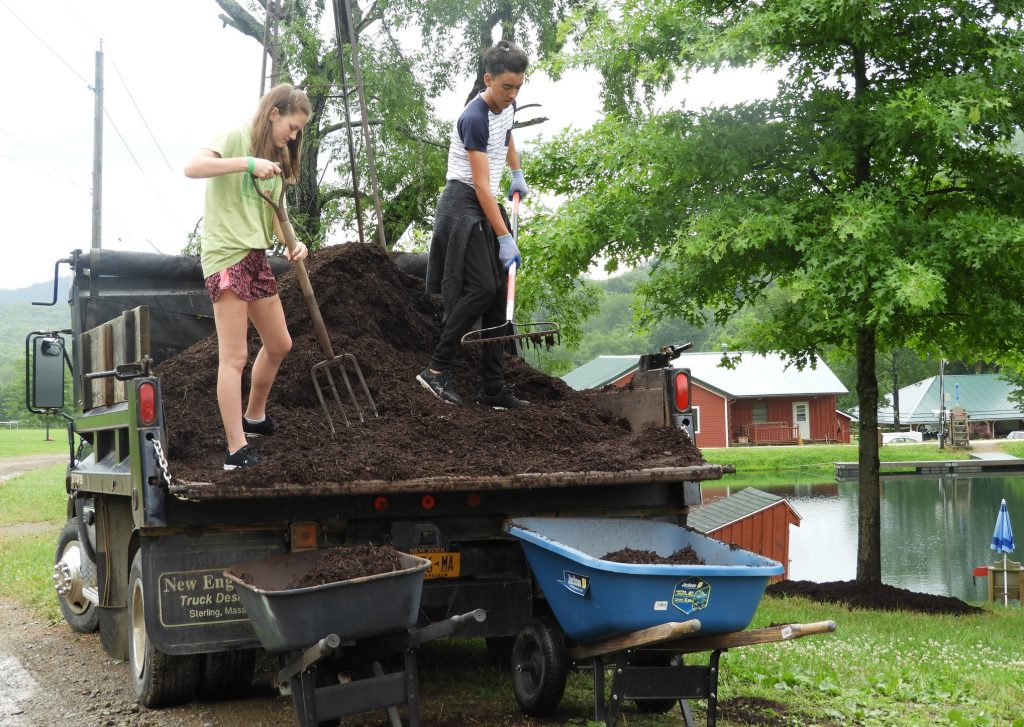 Claire (northern Virginia) and Neil, a camper from Barbados, load a wheelbarrow with mulch for a service project. 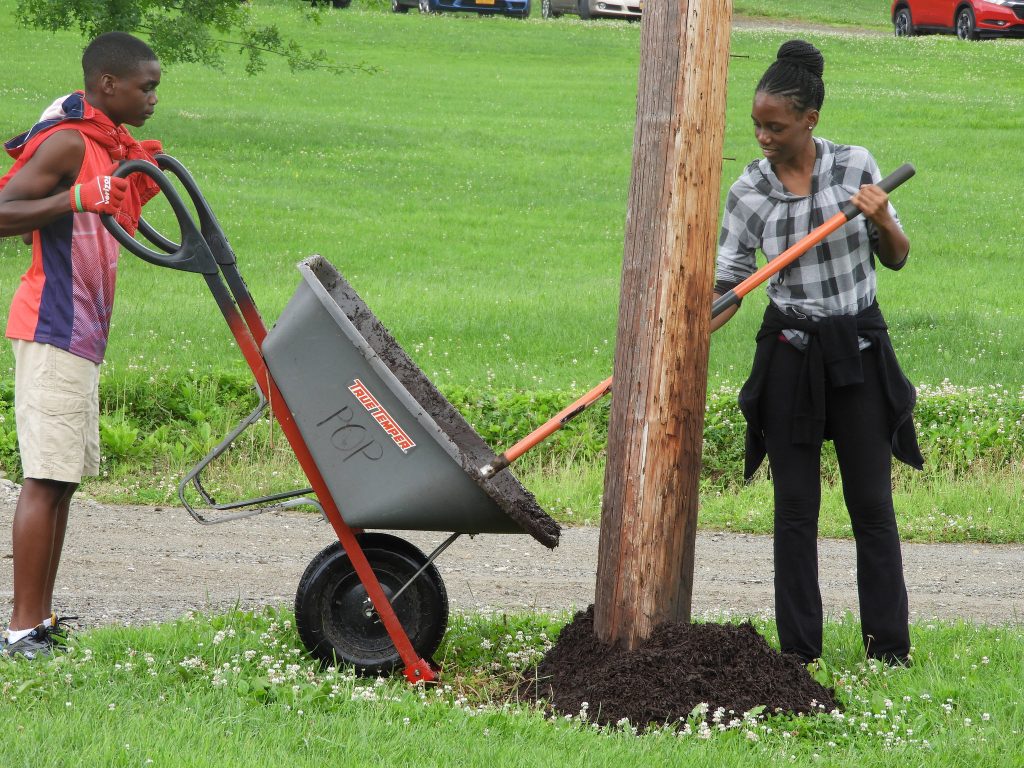 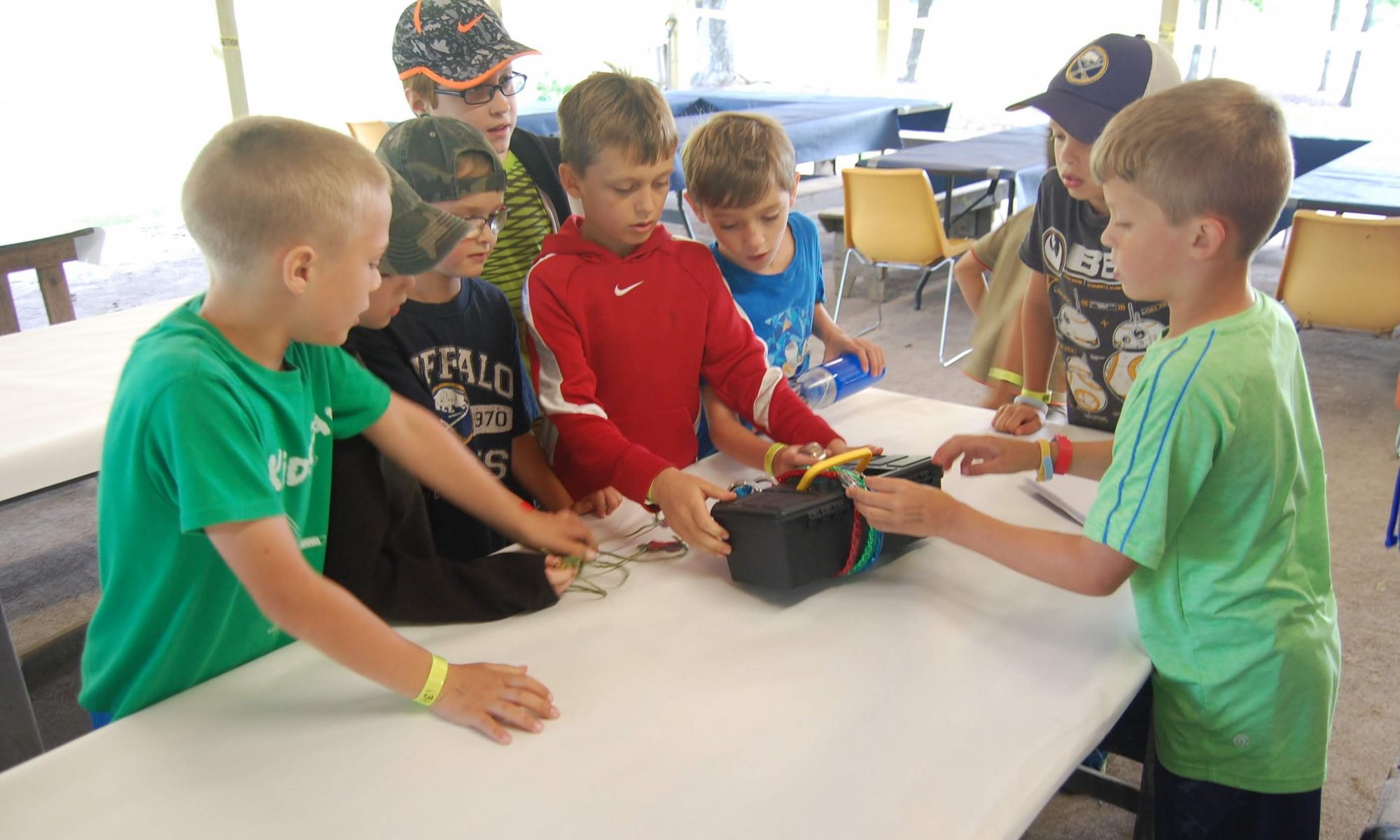 Campers Will, Isaac (hidden), Jacob, Gabe, Lennon, Max and Carter, all from Buffalo, examine a locked box during a treasure hunt. 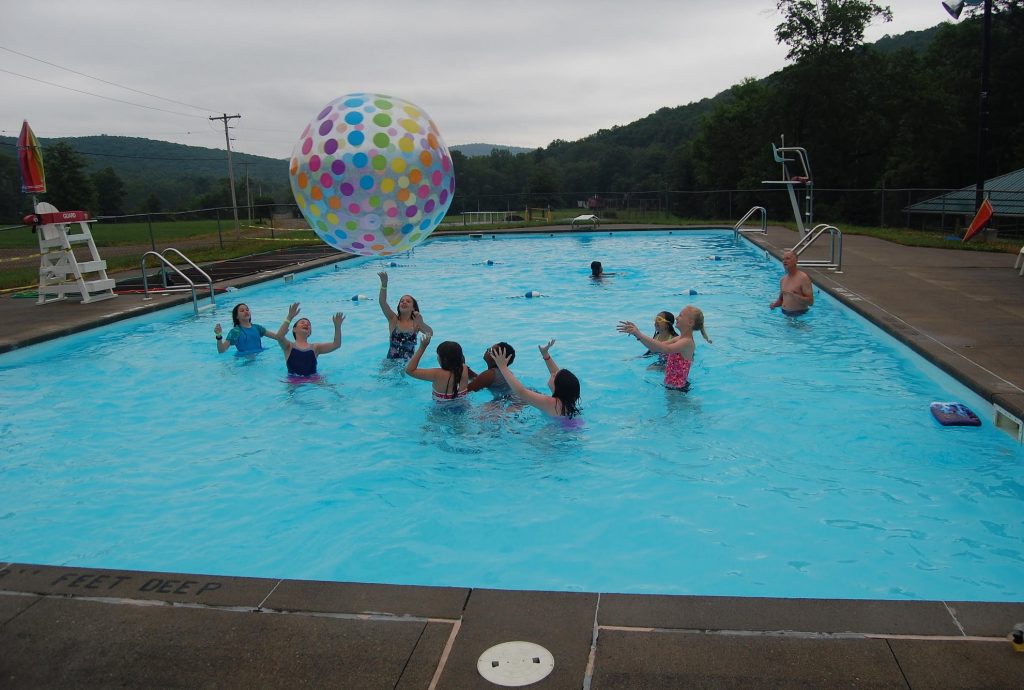 Campers in the pool enjoy a large beach volleyball. 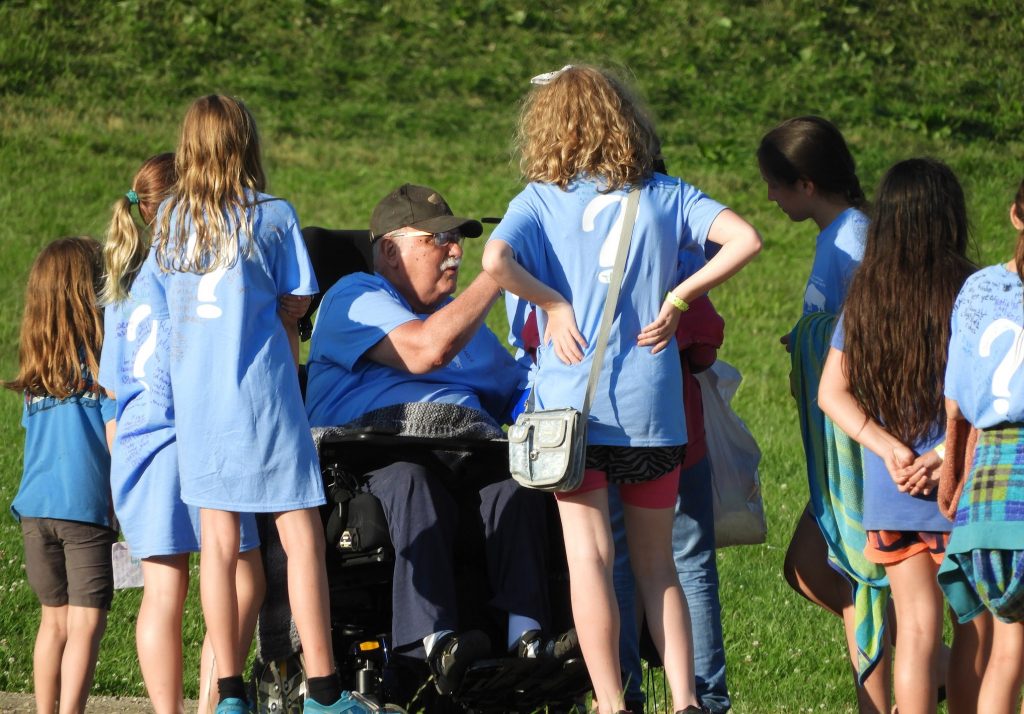