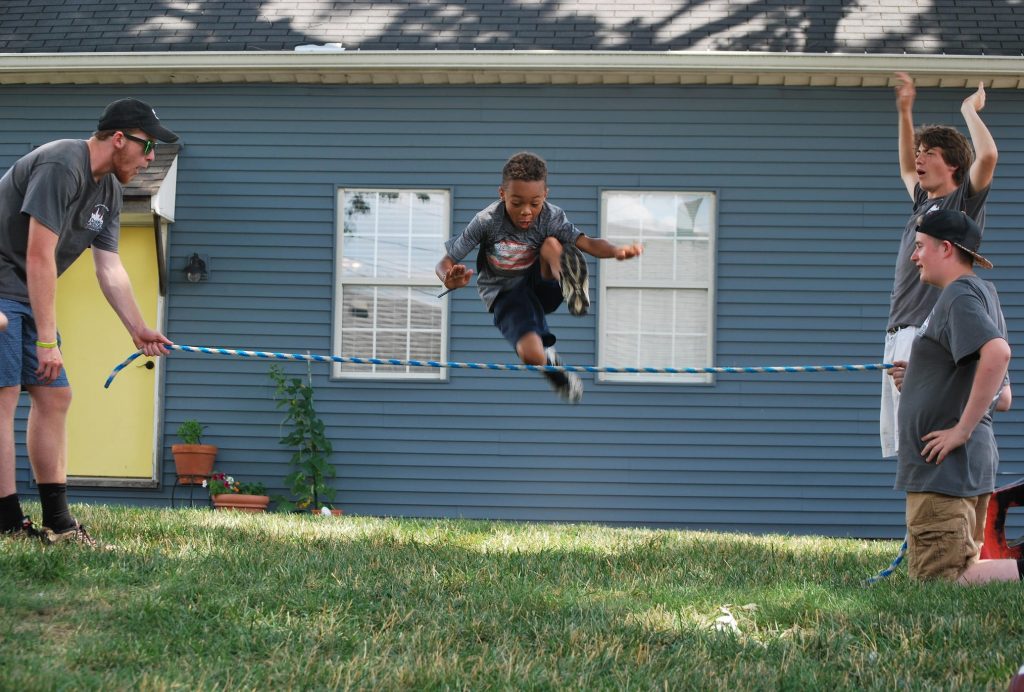 A crowd of 80 or 90 folks gathered in a broad green field for a South Side neighborhood festival on a Saturday evening in June. Some learned how to paint with watercolors at tables Kathryn Kelly had set up. Others enjoyed a burlap sack race, face painting and carnival games. Everyone came together to open the Lord’s Day, and one neighbor enjoyed the ceremony so much she asked to take home a copy of the prayers. “We had a beautiful time . . . a wonderful three hours together,” said Abe Olson, who leads the Christians in Mission team. “It felt like life in the kingdom.”

As the festival was winding down, Abe got word that a fight had broken out on the far corner of the block. He and two other brothers hurried over and got there as the fight was ending. He saw blood on the faces of some men, who quickly got in their cars and drove off. The community men noticed a neighbor who had witnessed the fight, a mother with young children. She seemed shaken, so they stopped to pray and talk with her. The contrast between the festival and the fight made a strong impression on Abe. “I experienced a consolation from the Lord. Those sorts of fights were more common five years ago, but not recently. If the enemy is willing to play a card like that to try to disturb the peace that God our Father is creating, that means he is getting pretty desperate and concerned about what the Lord is up to.” 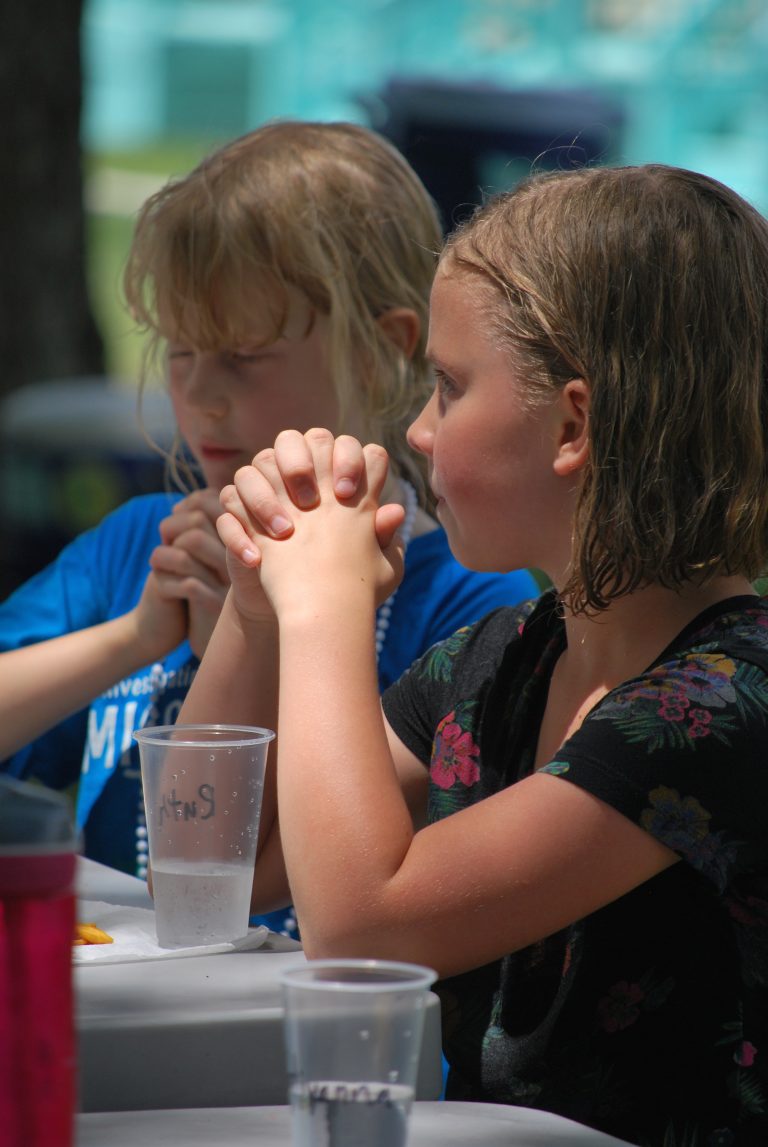 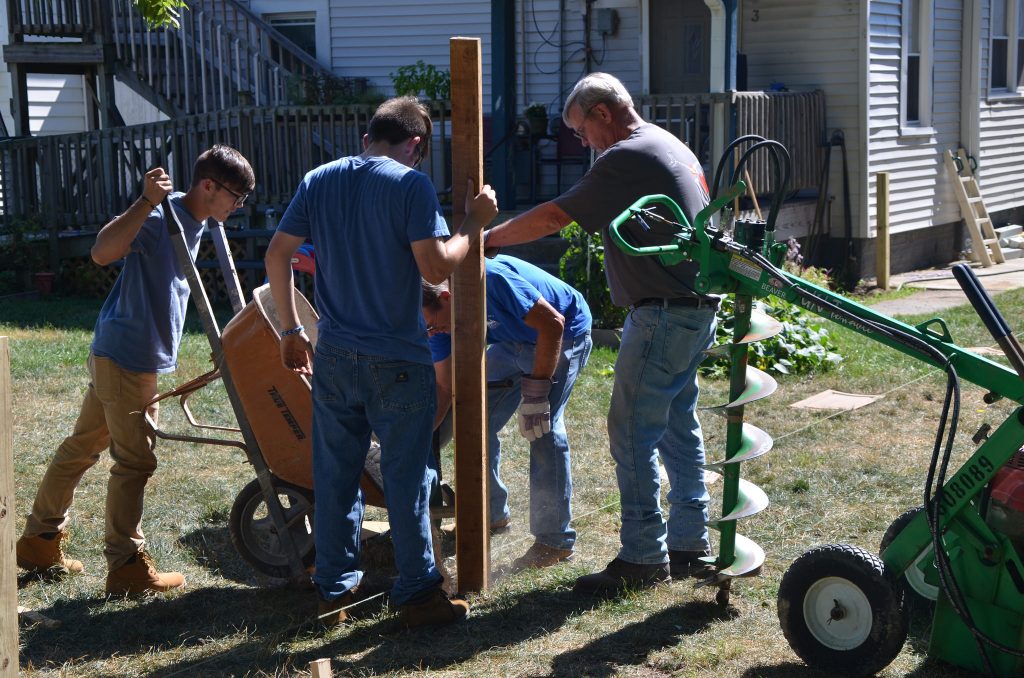 Leo and David, both Action volunteers from South Bend, join Roy Connor and Paul Conlon (both Muncie) putting up a fence for a community member. 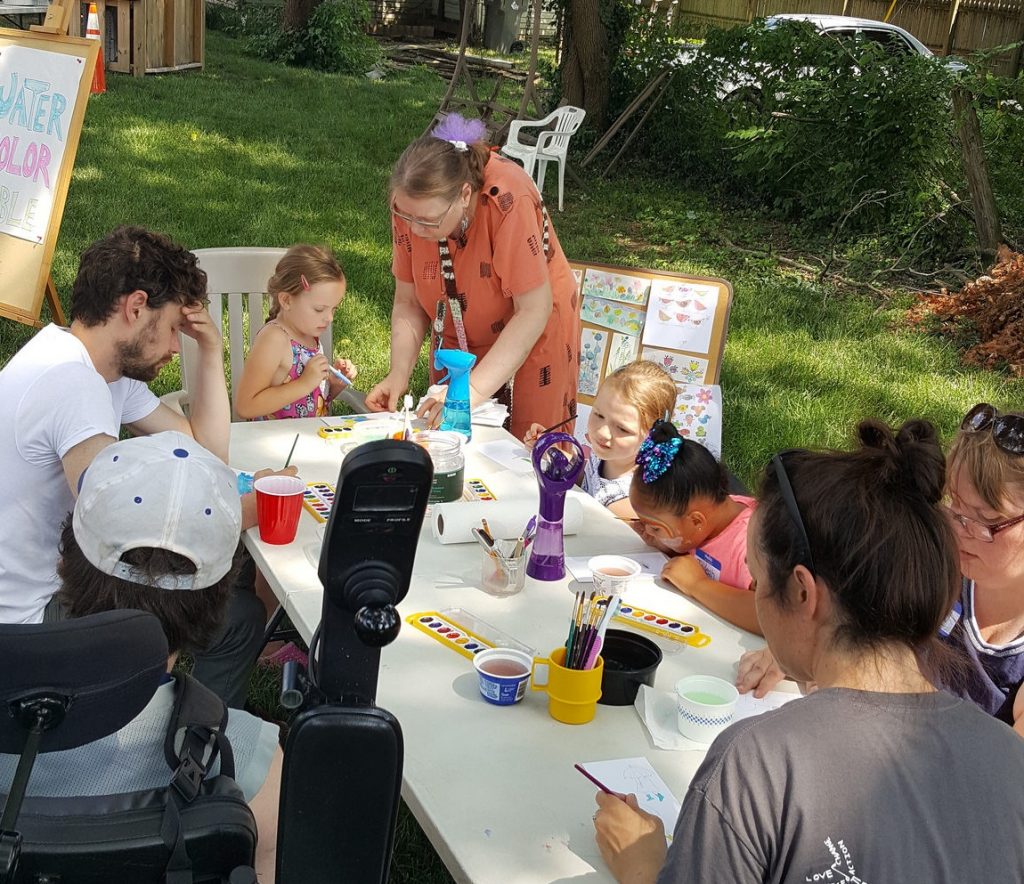 Kathryn Kelly explains the basics of watercolor at the South Side neighborhood festival on June 16. 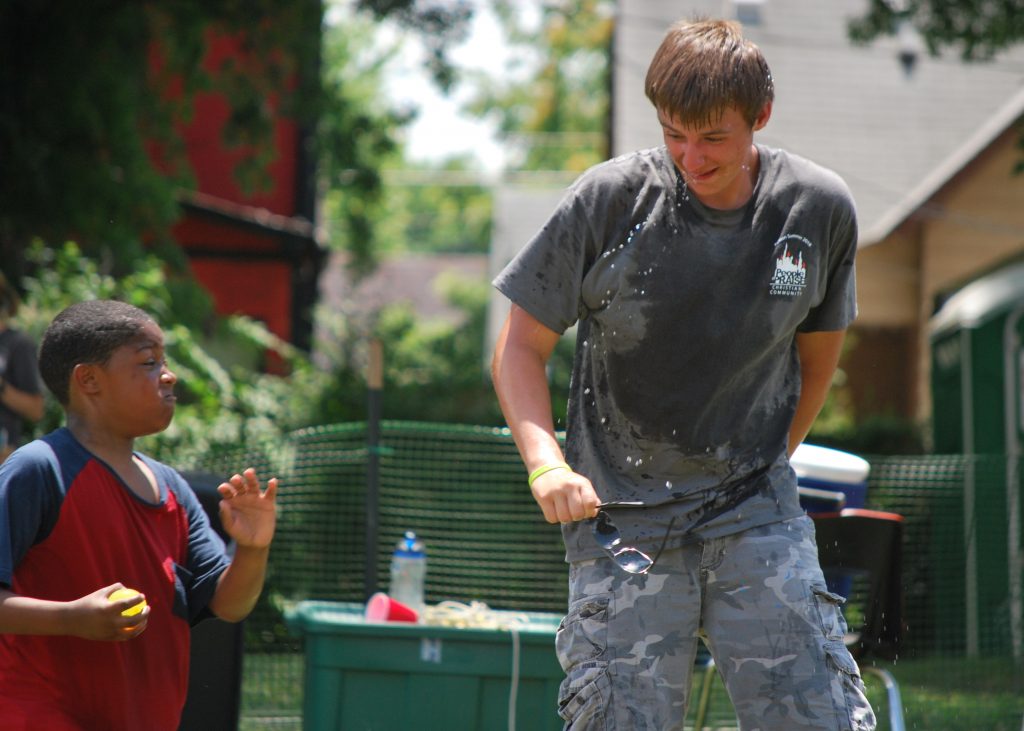 Action member Gabe from South Bend beats the summer heat with a water balloon battle involving Kevin, one of the campers. 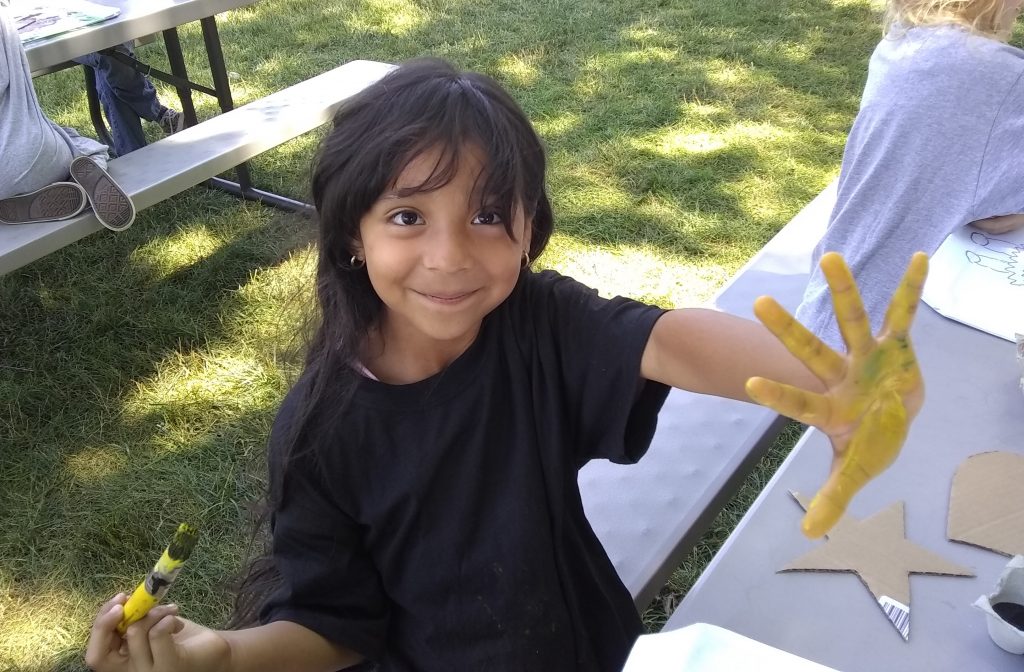