This Is Not a Drill! 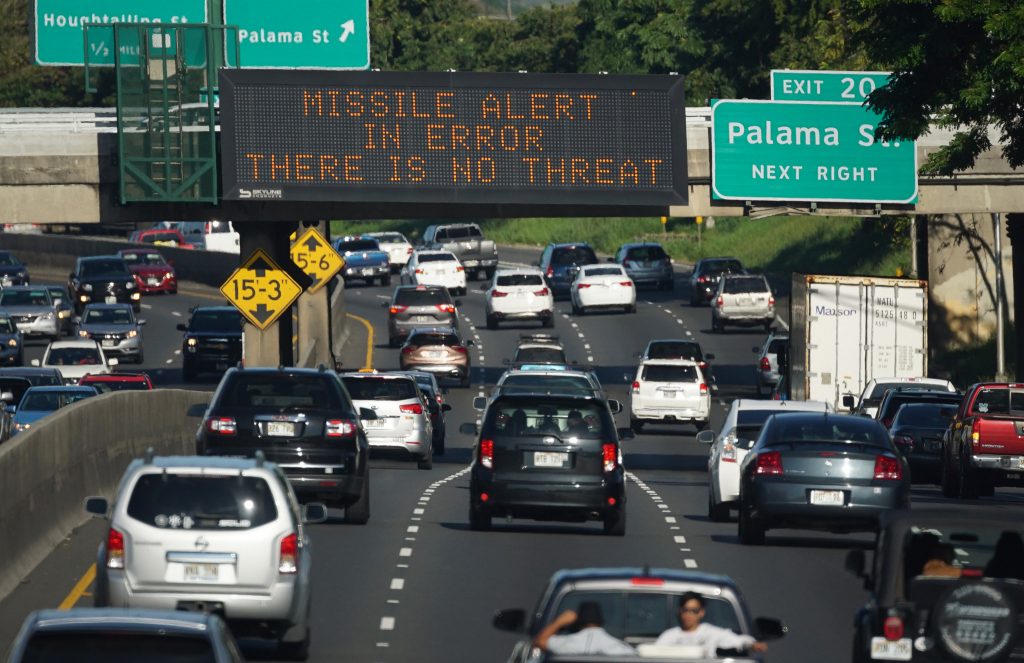 It took authorities 38 minutes to get the word out that the alert was a mistake.

What would you do if you got a message on your phone saying that you and everyone around you might have just 12 minutes left?

That’s what happened at 8:07 Saturday morning, January 13, when the Hawaii Emergency Management Agency (HIEMA) sent out a statewide alert declaring that North Korea had fired nuclear missiles at Hawaii, a message that meant they could have as few as 12 minutes before disaster struck. As it happened, branch members learned 38 minutes later that the alert was a false alarm, but in the meantime . . .

“The alert sure sent my adrenaline soaring!,” says Joan Hiel, who was already out at a car repair shop. “I called my
daughters, told them I loved them and made sure they were in our underground cement bunker. If this was real, I knew I was probably going to die, so I just thanked the Lord for my life, family and friends. I figured I was a winner either way: alive for Christ here, or with him in heaven.”

Her daughter Maria was back at home. “The moment the alarm popped up, my sister and I stopped washing dishes and ran. It occurred to me that Jesus said, ‘Where two or three gather in my name,’ so we raised our arms and called for God’s protection.” When Joan got home two hours later, they hugged and swapped stories. “We put on some music and danced like Miriam after their salvation at the Red Sea!” 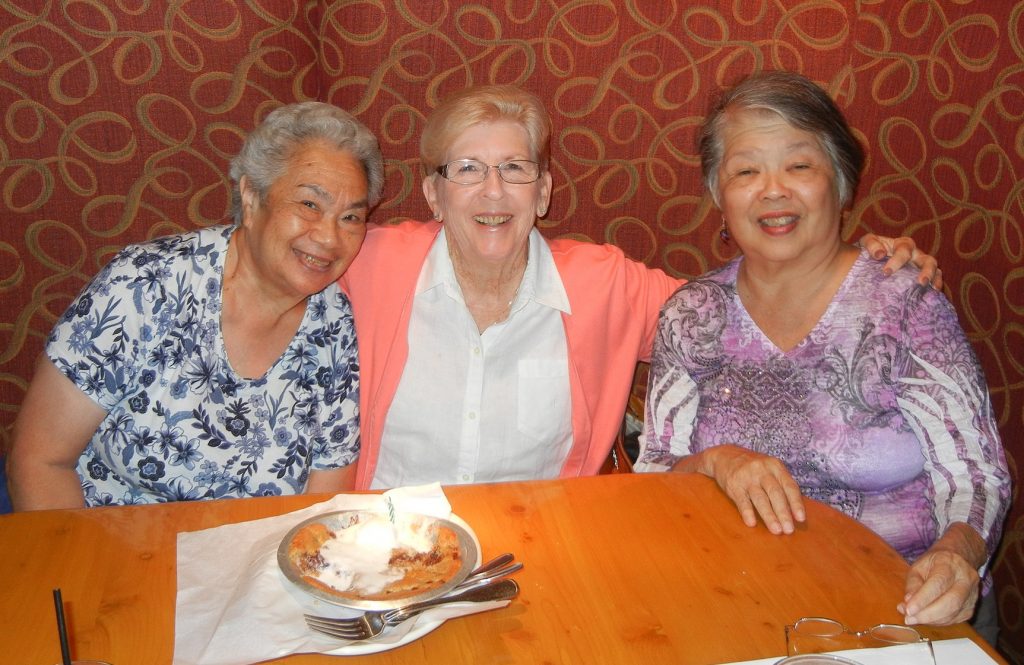 Whit Au, a previous principal branch coordinator, was having breakfast and his wife Dorothy was still asleep when the alert came. In his mind it was an obvious false alarm. He didn’t even bother to wake Dorothy.

“I didn’t take it seriously. It takes a very sophisticated guidance and control system for a ballistic missile—moving faster than a bullet—to impact as required within a mile of its target, plus you need systems to set the bomb off at the right altitude, etc. Nothing I’ve heard indicates North Korea is capable of that yet. Besides, if it really was a full-out nuclear attack, nothing meaningful could be done at that point.”

Harlan and Julie Klein were on their deck drinking coffee, discussing plans for the weekend, when they heard the alarm go off on their phones. Thinking it was perhaps a flash flood warning, they finished their coffee, wasting five precious minutes.

When Harlan checked his phone he could hardly believe it: Not a drill? Julie says, “We were perplexed. No sirens were wailing, but we responded as if it were real. We woke the kids and calmly sent them to the only room without windows.”

Julie spread out a blanket and they sat on the floor. “We held hands, prayed for God’s protection, and waited. I looked into the faces in front of me, thinking that everything was about to change. We were all very, very calm.” 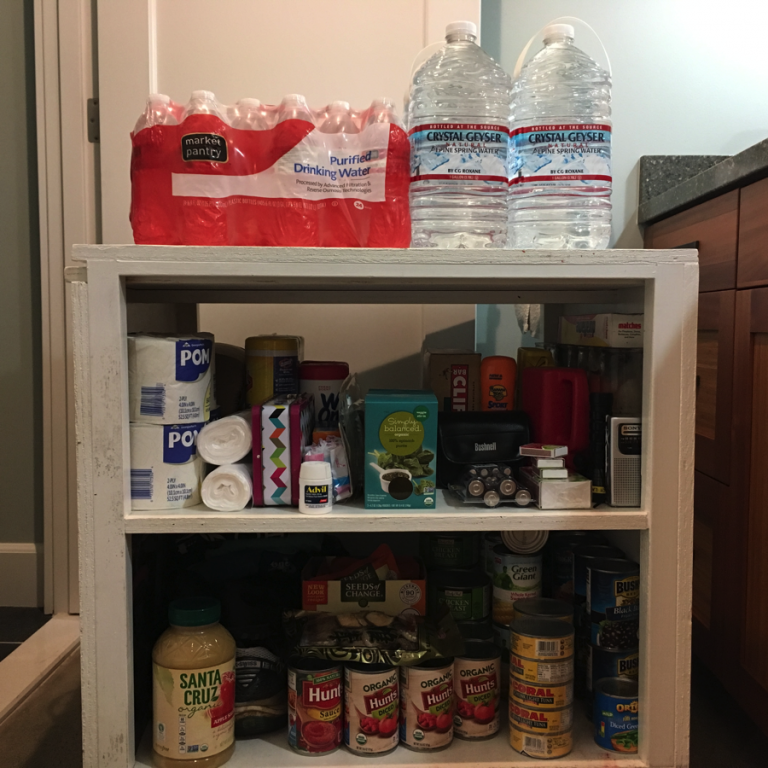 Don and Alana Busekrus were busy organizing the day for their family. Alana was in the kitchen with their daughter Kady, home from college. “Kady’s cell pinged and she said in a serious, calm voice, ‘Mom. The missile alert. It’s headed to Hawaii.’ My first thought was, why aren’t the sirens going off? I called 911, tried to get websites and local news. Everything was overloaded. Maybe the sirens were faulty. I decided we’d better act on the alert.

“Donald and I—surprisingly calmly—woke up our two teenage daughters. We had talked about how to respond, so they knew to grab essentials and head to our shelter spot.”

Two years earlier, Alana had taken a course in disaster nursing that assigned her to make up a disaster plan for her family. “We have a disaster cart with food and supplies to last us two weeks,” she says. Once gathered, they began to pray.

Alana recalls, “We kept thanking God that we were all together, able to have had a blessed life. The biggest takeaway was how peaceful and calm we all were in the face of possible disaster, even death.”

Bev Linczer was over at Yvonne Silva’s for women’s group. “We were talking when the alarm sounded on my phone. We stopped to pray, then I checked in with my husband Bob.”

Bev and Octavia Young decided to return home. “I suppose one reason Bob and I took the news so calmly is that we’re getting up there in age and we don’t expect to live that much longer anyway!”

Rod and Fran Macalintal were getting ready for the day when the alert came. Their older kids were out with their grandfather; the youngest was having breakfast. “I couldn’t find confirmation on the radio,” says Rod, “but we decided to do the most we could do and then find out whether it was real. I gathered Fran and Miriam in our innermost room (the bathroom). I prayed with them for peace, and for mercy for our kids who were out. I told Fran that if it’s time to go home, praise God. I suspected it was a false alarm because there wasn’t any chaos at a nearby military base. Soon we heard the all-clear.”

Rod also has some advice: “We can learn something from disasters. Normally someone is worried about their loved ones who survive. So take out some insurance. And when things are out of your control, stop worrying about it. Take out your insurance in God.”

The day ended for many branch members at a previously scheduled Lord’s Day opening at Don and Alana’s. Ron Gouveia, the principal branch coordinator, recalls, “That evening, I was struck by all the sharings of gratitude. We were simply celebrating the goodness of the Lord and his wonderful love for us.”