Retiree on a Mission 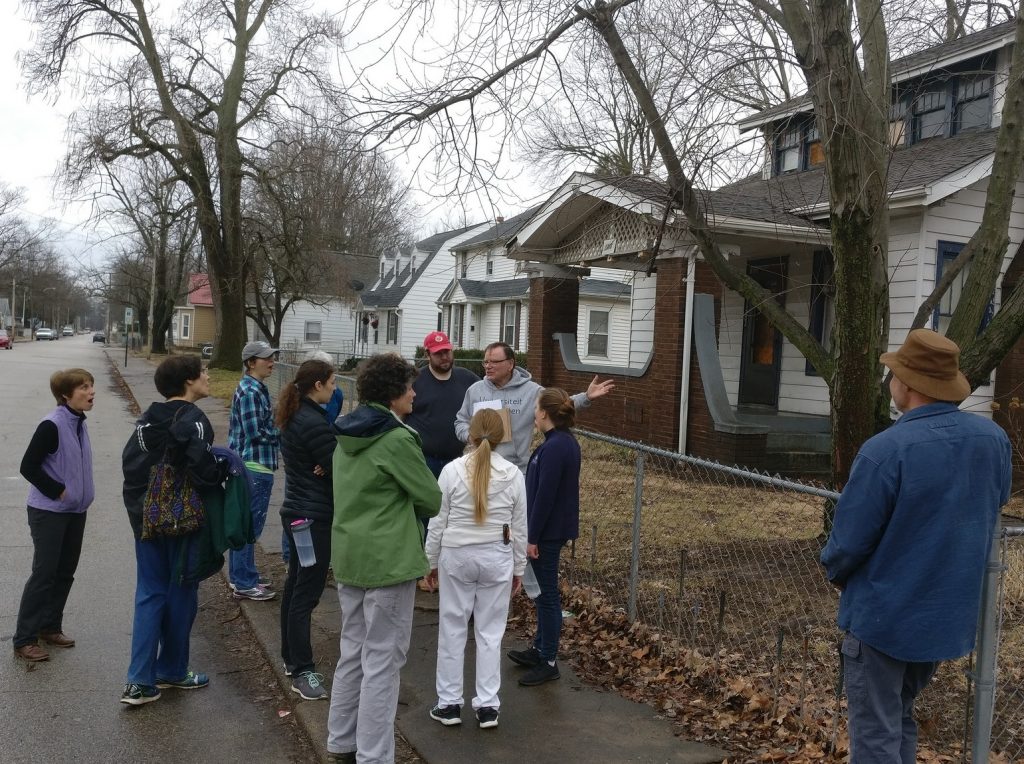 Joe, a veteran of previous service trips, gives a tour of the neighborhood to this year’s service team volunteers in Evansville.

Editor’s note: With this article on Joe Maguire, who is serving in the Missionary Company in Evansville, we are beginning a series of articles on community members doing interesting things during their retirement. If you have a suggestion for a future story in this series, please contact us at [email protected]

Last spring, Joe Maguire stunned many in the northern Virginia branch when he announced that he would be fully retiring, stepping down from his position as an area coordinator and leaving his branch of nearly 34 years. He would move hundreds of miles away from his children and grandchildren to Evansville to join the Missionary Company.

In the fall of 2016 Joe, who had spent 44 years working in title insurance, had started thinking seriously about moving somewhere new to work for the Lord. His wife, Michele, had died of cancer in 2004, and his four children were all adults. “He was very free,” says Bill Dalgetty, who served with Joe for many years in Christians in Commerce. “He didn’t have the family responsibilities he had once.”

Joe had visited the new starts in Indianapolis, Evansville and Allendale on service trips with other members of the northern Virginia branch as well as on two Action trips. He had enjoyed the physical work on various properties, but says, “What really struck me was what a great need there was to go out and talk to people about the Lord.” He recalls knocking on a door during a trip to Evansville and meeting a middle-aged man with health problems. “When we spoke to him it was apparent that he didn’t know much about God. He had been to church maybe three or four times in his entire life. It really hit me how much that need was out there.”

In November, 2016, Mission program coordinator Nick Holovaty gave the men’s retreat in northern Virginia, and Joe spoke to him about the possibility of joining the Missionary Company. The two of them agreed to pray about it.

Principal Branch Coordinator Bob Magill was Joe’s head at the time. “I was watching this desire build in him to do mission work,” Bob says. At 70, Joe was still physically capable, but he could see signs that he might not be for much longer. He thought that if he waited till the end of his term as coordinator it might be too late. Bob recalls that Joe told him, “I’ll really do whatever the Lord wants me to do, but the desire that I have that keeps growing is to be a missionary.” Bob spoke to Craig Lent, the overall coordinator, who agreed that Bob should take Joe through a discernment process, and he eventually approved Joe’s resignation as area coordinator.

Bob says that Joe was “a great coordinator with a lot of pastoral gifts. For us in the branch, we felt like we were giving a lot by giving Joe. He had such a big role here. We were saying, in a sense, take one of our best. It wasn’t easy. We had to go through a new coordinator nomination. Our reaction was, we really do have something big to give to help with the new starts.”

In June, 2017, Joe retired, handed off his duties as area coordinator and moved to Evansville. He made a one-year commitment to the Missionary Company.

In Evansville, he spends much of his time doing construction work for the properties on the missionaries’ target block, where he has led renovations on three different homes. 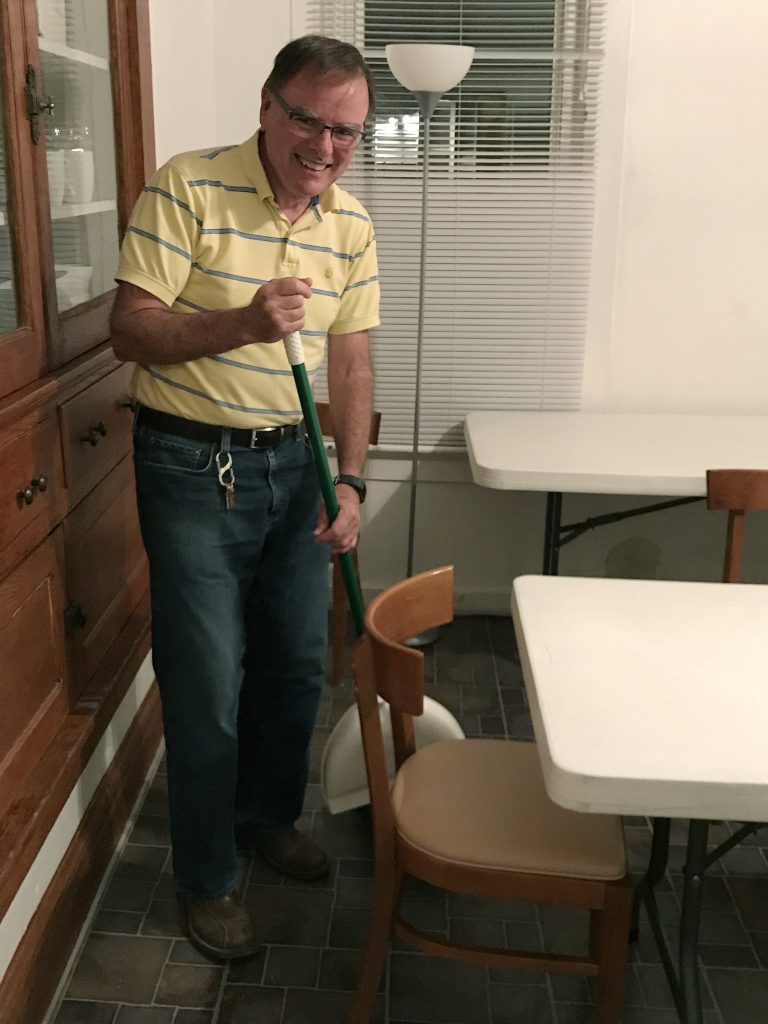 Joe Maguire cleans up at 1201 S. Linwood—the very first house owned by the People in Praise in Evansville.

“Joe works like a horse. He’s quick to grasp concepts and doesn’t need a lot of direction. He’s never failed to accomplish well whatever project we’ve asked him to do,” says Paul Hommes, who leads the team’s property work. “I also run a lot of ideas about Linwood Construction past him. On any sort of business or finance questions he knows exactly what we’re talking about and has some opinions, as well as just a good head on his shoulders.”

On days when he’s not doing construction work, Joe spends his mornings praying and going through a missionary formation course with the other missionaries, and in the afternoons he’s knocking on doors.

“In some ways Joe is new to mission work,” Nick says, “but he’s got a lot of life experience, so the people we meet respect him. There are a lot of good conversations he’s been able to have because of his age and his experience with marriage and raising kids that the rest of us single missionaries can’t really have.”

Nick adds that Joe’s pastoral gifts come in handy in our new start. He is leading community meetings, leading Servant School, heading two men, and he led the service trip from northern Virginia in February. “I personally really value all his insights,” Nick says. “I consult with him regularly about the decisions we’re making, particularly as regards our community life here.”

Joe says that moving so far away from his family was a challenge. “I was more concerned about the kids than about myself.” Orest Holovaty, who heads Joe’s men’s group in Evansville, says, “Although Joe is far from D.C. and his home, he still cares for his family. He has gone back several times and keeps in touch with them. He has not abandoned them in starting a new life here.”

Reflecting on the past year, Joe adds, “For me it’s been a good change. I feel very fulfilled being here. I feel that the Lord is using me on a daily basis.”