From the office of the overall coordinator:

“Sean began working for the community in 2002,” Craig says. “He moved to Allendale with the first group of community members and took on the job of acting head of our publications work upon his return to South Bend in 2005. He led the transition of Vine & Branches to a full-color magazine emphasizing news, photography and commentary. Together with Elizabeth Grams he began the community’s video department, and this year he and his team launched news web sites for the People of Praise and for Trinity Schools. 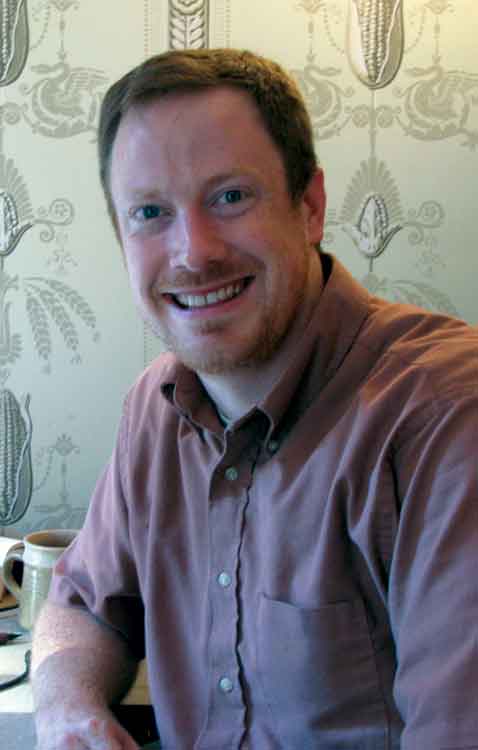 “He brings to the job of program coordinator the intelligence, energy and idealism that are characteristic of everything that he does.

“In addition to his communications work, Sean participated in the start-up phase of one:ten communications (a technology-focused division of the LaSalle Company), and he continues to serve on the community’s growth team.”

Sean says he’s eager to continue expanding the community’s print, web and video communications. “I’m excited about how e-mail and the Internet are helping us to spread news and information rapidly across our 21 branches. And like many, I enjoy flipping through a magazine with thoughtful articles and compelling photos, so I’m looking forward to producing many more issues of Vine & Branches.  I love this work and I am blessed with dedicated and creative co-workers.”

Mission program coordinator Nick Holovaty has worked alongside Sean for more than a decade. “Sean has a gift for identifying what the Lord is up to and explaining it well, in complex and even messy situations. He sees what’s most important and articulates it compellingly and enthusiastically.”

Sean, his wife Gretchen and their daughter Gloria live in South Bend. In 2007, Gretchen became the director of photography and layout for Vine & Branches. Both are graduates of Trinity Schools. Gretchen graduated from the University of St. Thomas and Sean is a graduate of the University of Notre Dame.