Ecumenism Highlighted During Celebration of 50th Anniversary of Charismatic Renewal 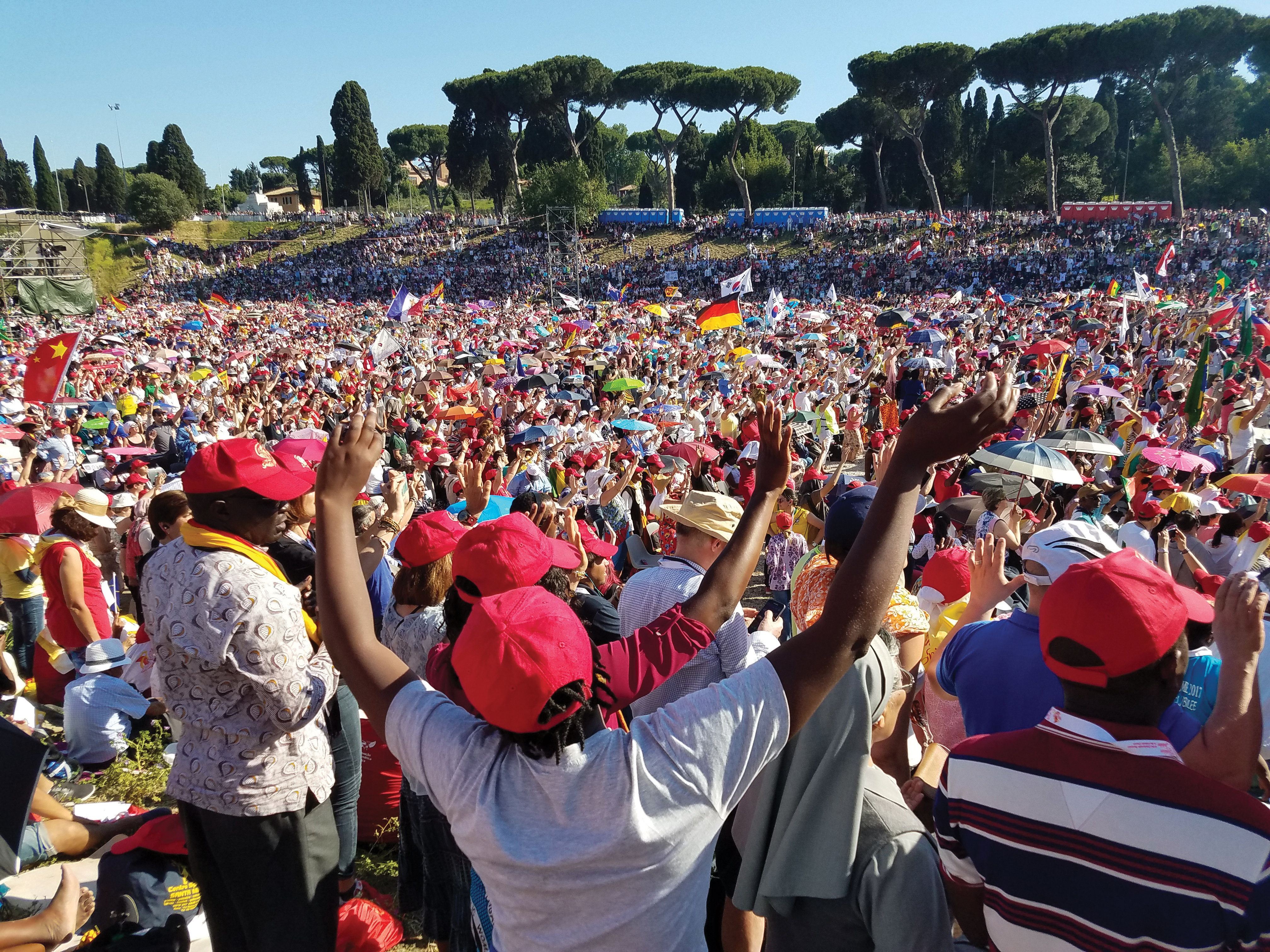 Thirty thousand people from 128 countries came to Rome in June to celebrate the 50th anniversary of the Catholic charismatic renewal, and I got to be one of them. I traveled there with Angie Hass (Mission Indianapolis), and met up with community members from Colorado Springs, Indianapolis and Servant Branch. I know there were brothers and sisters from Buffalo and Appleton there, too.

I’d heard that Pope Francis had wanted the celebration to have an ecumenical emphasis, and it was moving to see many signs of a renewed interest in unity. On Thursday, sitting on the marble floors of stunning Byzantine and Renaissance churches, I heard stories of ecumenism. Giovanni Traettino, an Italian Pentecostal, shared about washing the feet of a Catholic, after years of tense relations between Catholics and Pentecostals in Italy. Charles Whitehead, a friend of Kevin and Dorothy Ranaghan (South Bend), described a long process of regular meetings and conversations among the leaders of all of the Christian churches in his English village.

On Friday morning, I attended a panel discussion on ecumenism in a lecture hall designed to seat about 200. It started late. The emcee came to the microphone and explained that there were 2,000 people waiting outside. “We didn’t anticipate how much interest there would be in this topic,” she said.

The conference culminated in two long evenings spent outdoors at the Circus Maximus. Everywhere I looked, there was some new expression of joy—a young man standing on his chair with hands raised and tears streaming down his face, nuns in white habits forming a dance line, a row of Brazilian teenagers yelling out, “Viva Brasil!”

A highlight came on Friday night, when a video about the origins of the Catholic charismatic renewal played on the JumboTron. I looked up and suddenly Kevin and Dorothy appeared on the screen, 20 feet tall. Though the Ranaghans had been unable to come to Rome in the flesh, God found a way to bring them there that was truly larger than life.

On Saturday night, Pope Francis joined us, raising his hands in praise. “[The Catholic charismatic renewal] was born ecumenical,” he said. “It was born ecumenical because it is the Holy Spirit who creates unity, and the same Spirit who granted the inspiration for this.” He added, “Today Christian unity is more urgent than ever, Christians united by the power of the Holy Spirit, in prayer and in activity on behalf of the most vulnerable.”

Visiting Assisi after the conference, we were walking back to the hotel when I said, “Praise the Lord!” Unexpectedly, “Praise the Lord!” echoed back from a man sitting on the steps of a nearby building. We were soon in a conversation about ecumenism with a small group of Catholic Jamaicans from New York City. I explained that as a charismatic, even though I’m Catholic, I think that of some of my spiritual heritage comes from Christians of other denominations. Without some of the Pentecostal revivals in the United States in the last century, the Catholic Charismatic Renewal would not exist. My new Jamaican friend shook his head and smiled. “You’re blowin’ my mind, sister!”