In Jamaica, A Campout for Boys and Men

Thirty-two men and boys, including 21 guests, attended the Kingston branch’s annual men and boys campout from May 5 to 7. Four sets of fathers and sons not in the community attended. There were also 13 local boys who attended without their fathers, some of whom are being raised by single mothers. “For at least the third year now we have asked the local house of the Missionaries of Charity to suggest some boys from their rough neighborhood who would benefit from such an event,” Joseph Mutidjo said. Kevin Rodriguez added that the goal of the campout is “to provide the opportunity for boys and young men to spend time with positive role models, whether their fathers or men in the People of Praise.” 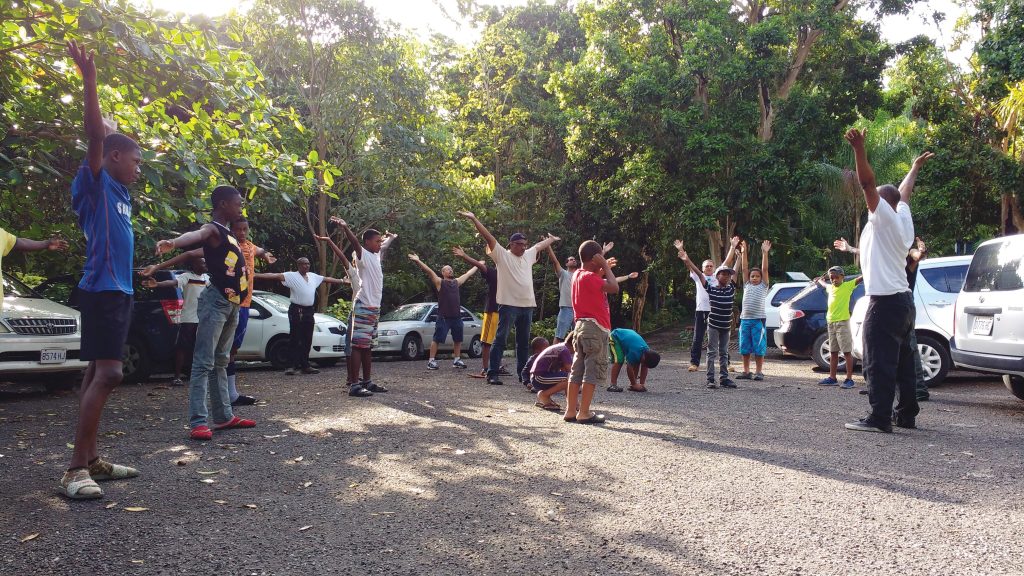 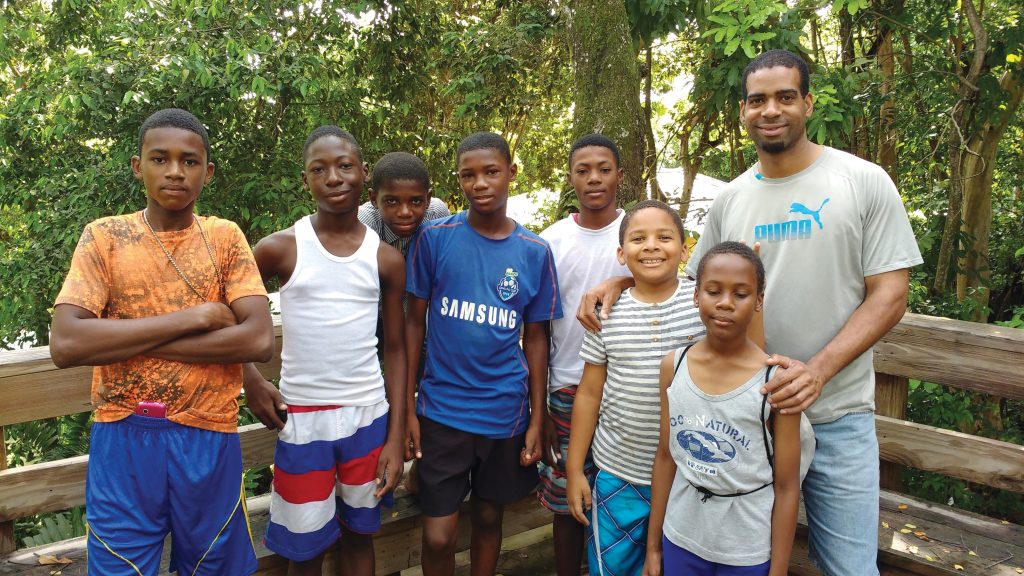 Five young men associated with the Missionaries of Charity (pictured with branch member Kevin Rowe and two other boys) came to camp this year. 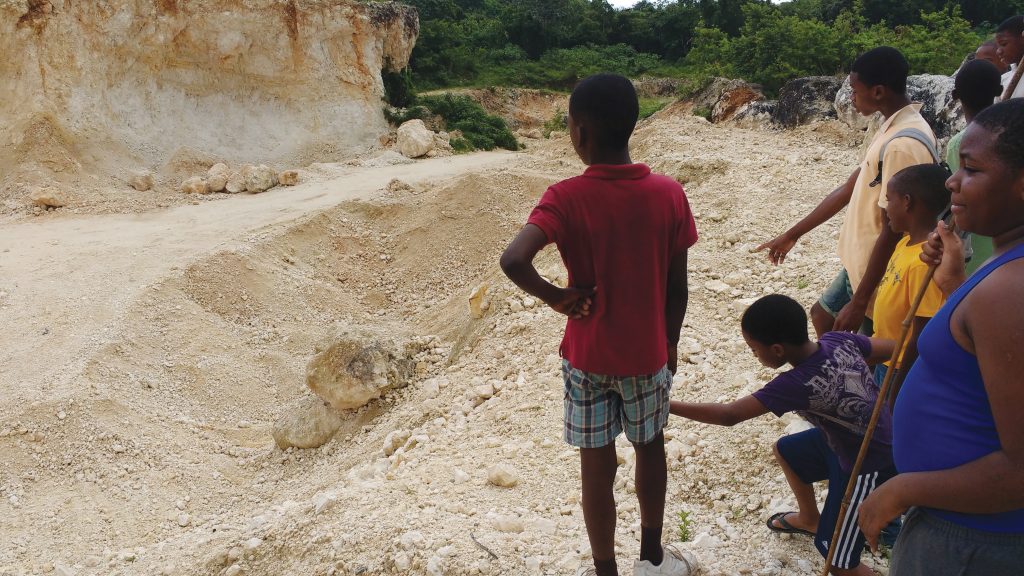 A marl quarry captured the boys’ interest during the Saturday morning hike. 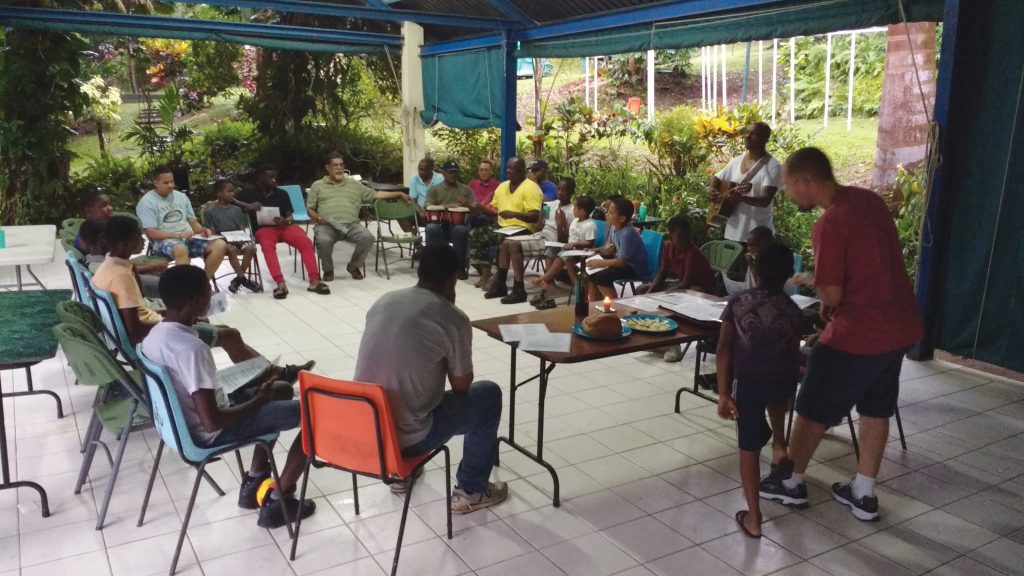 Campers celebrated the opening of the Lord’s Day. 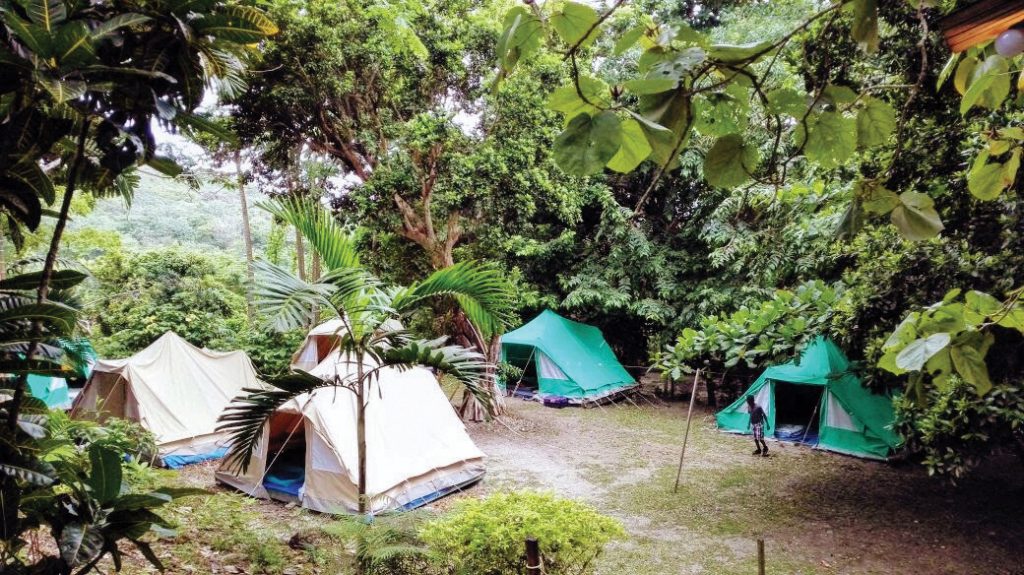