In Kingston, Feeding the Hungry As Violence Erupts 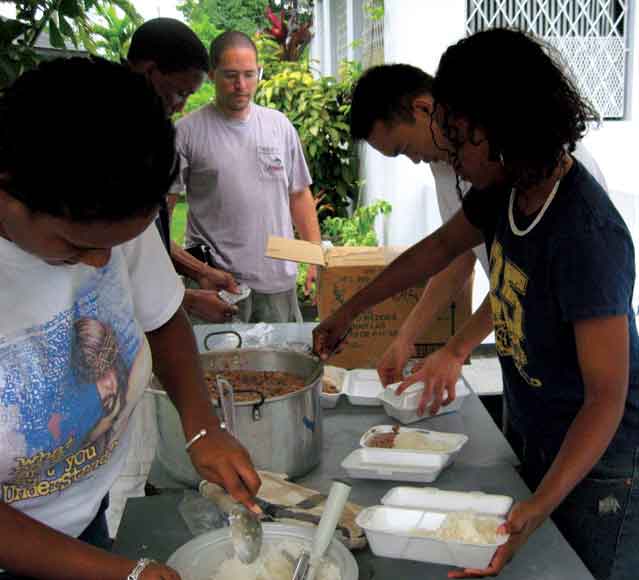 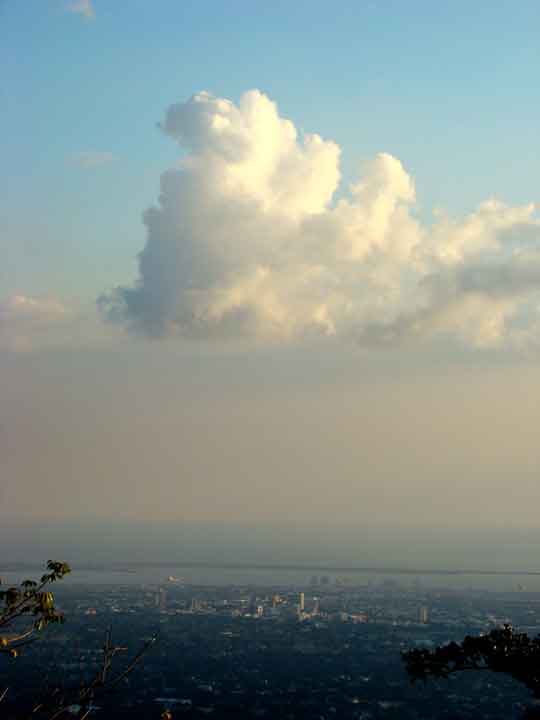 A violent crisis disrupted life in Kingston, Jamaica, last week as local gangs and government forces clashed. The fighting began after police launched a manhunt for Christopher Coke, a gang leader wanted on gun and drug trafficking charges in the United States. Seventy civilians are reported dead amid rumors of aggressive police tactics and a trail of corruption that allegedly leads to the country’s Prime Minister Bruce Golding, according to multiple news reports. The government declared a state of emergency and has restricted some civil liberties.

The day the conflict boiled over, Sunday, May 23, members of the Kingston branch came unwittingly close to the fighting. Branch members delivering meals to residents near the Tivoli Gardens neighborhood encountered barricades and saw black smoke rising from a burning police station.

“We knew there was a risk of trouble when we set out to deliver food, but we saw other cars driving into the area, so we decided to go ahead,” explains Joseph Mutidjo, a member of the feeding team. “Demand for food was heavier than usual because other feeding groups stayed away.

“Later that day a gun battle took place on the same street we had been on. The Lord definitely protected our feeding team.”

The team handed out 320 meals that Sunday.

As the violence spread, schools closed and many businesses shut their doors. The branch canceled men’s and women’s group meetings and members did their best to stay home. Locksley Robinson nearly drove into a gunfight on his way home from work, but police stopped him and sent him another way.
All branch members are safe and unharmed.

The fighting has subsided this week, though the state of emergency remains in force and Christopher Coke is still on the run.

“We tried to keep a low profile last week,” adds Joseph. “Rumors were flying everywhere, and the situation was fluid and confusing. Please pray for us, and pray that we can figure out how to continue delivering food to the people who need it.”

Feeding His Lambs in the Lion’s Den
By Sam Davis

Despite the rising tension and concerns for the safety of our teams, we decided that our feeding ministry must go on.  We did not realize that God had already set in motion a plan that would not only grant safe passage for his servants but would deliver more meals than we had ever delivered to the homeless and poor.

The first sign that this was going to be an extraordinary day came when we met to prepare our food.  When the pots we’d used to cook the food were empty, we had packaged a record 320 meals! (We normally distribute 250 meals.)

We held hands in a circle and prayed that God would provide a special cloak of security for us and that he would lead us to the 320 brothers and sisters most in need. We worried that many of the homeless would not be in their usual spots and that there would be meals left over. Nevertheless, we set out on Kingston’s emptier-than-usual streets in search of the hungry.

In downtown Kingston we were happy to see familiar faces emerge to greet our vehicle.  The homeless formed a line, said grace and collected their meals against the backdrop of black smoke from a building set on fire less than two miles away.

“We haven’t seen the others [from other feeding programs],” one lamented as he requested a second meal to have later in the evening.  Suddenly, the purpose of the additional meals became clear.  With the civil unrest, there was no guarantee of when and where the next meal would come from. Many received a second meal until they all were gone!

Soon after we left, the government declared a state of public emergency and sealed off the downtown area.  From television we learned that there were gunfights that day on the very streets on which we stood handing out meals.

That day reminded us that if we are willing and obedient our God is faithful and we need not fear any ill.  We now eagerly look forward to our next feeding program!