Hip Healed After Word of Knowledge 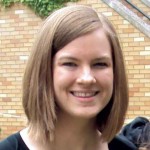 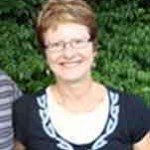 Hip pain woke Ann Thomas (South Bend) at 3:00 a.m. on Sunday, May 2, and kept her awake until daylight. Her right hip has troubled her for years—an orthopedic surgeon and X-rays confirm a diagnosis of arthritis, a condition aggravated by bearing nine children and by chemotherapy treatments for cancer.

Just after 3:00 p.m. that day, when Ann stood for the first song at the branch community meeting, her hip was still throbbing. She knew she would have to change positions often to manage the pain.

Lisa Ficker was standing near Ann, at the front of the same section of chairs. A few weeks before, at a gathering of branch women, the Lord had given Lisa a word of knowledge—he wanted to heal someone’s right hip. She’d never given a word in front of such a large group and she didn’t know that Ann had a hip condition.

Lisa didn’t give the word at the women’s meeting, but she thought of it often in the days that followed. She remembered how her own lower back pain had been healed when someone gave a word of knowledge at a branch community meeting.

“As the May 2 meeting started,” she says, “I felt the Lord remind me of the word.” She walked over to the chairs by the microphone and soon delivered her short message, “I think the Lord wants to heal someone’s right hip today.”

Then Chris Rowland led the branch in a prayer for the healing.

A few seconds later, Ann felt the pain leave her hip. She shared about the healing later in the meeting. The next morning she spent two hours on her hands and knees gardening at a friend’s house, without experiencing the throbbing pain. One month later, the pain is still gone.

In May, Ann attended the graduations of two of her children, the First Communion of a third, and the wedding of her oldest son Ricky. “It was really merciful of the Father to heal my hip,” she says.