My Hope for This Neighborhood 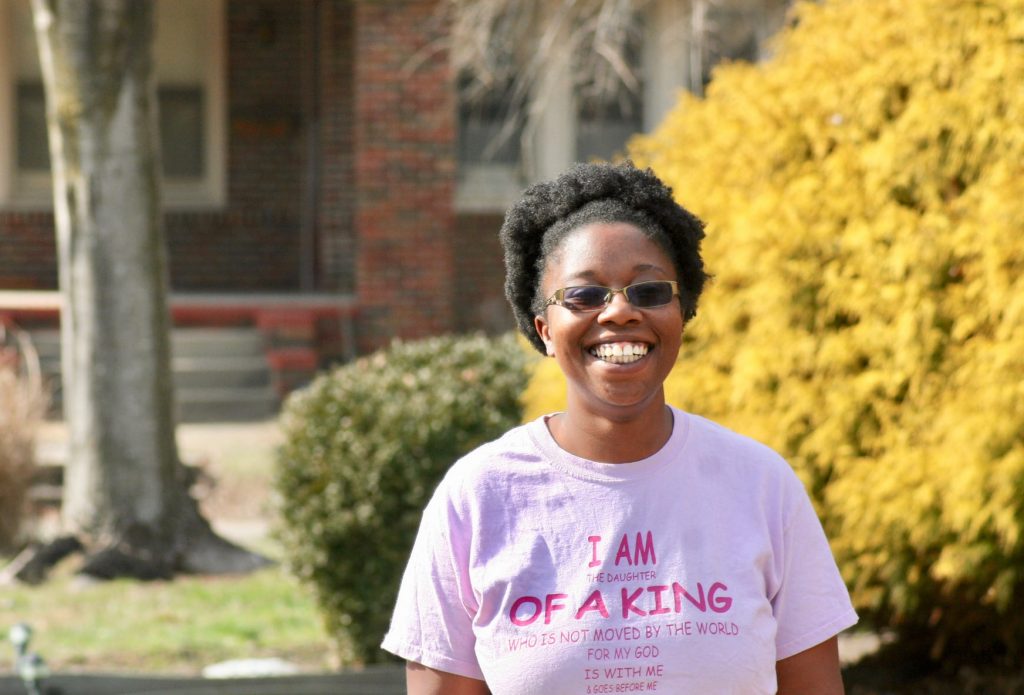 Editor’s note: Netesha Mosley and her husband Savoria met the People of Praise missionaries in 2010, and have been involved in our mission work in Evansville ever since. In 2011, the Mosleys and their children moved to the South Side neighborhood where Netesha grew up. A prophetic word Savoria gave and Netesha’s encouragement were both significant factors in the missionaries’ decision to move to the South Side in 2012, focusing their work there. In this article, Netesha shares her life story and some of her thoughts on what God is doing in Evansville.

My hope for this neighborhood is for it to get back to the way it was when I grew up here. We used to do all kinds of things— making mud pies and climbing trees and playing dolls and sports. Parents watched out for each other’s children. If we acted up on Jefferson Street, by the time we got home my parents knew that we had acted up. We would have Vacation Bible School in the summertime, and the churches had choirs. We went to church every Sunday.

As I got older we stopped doing that. My home life got horrible. There was a church right down the street, and if it got bad at home I would go there and sit. It was a place of peace. After I was 17 or 18, I started drinking and smoking. I would be at my friend’s house and we’d do all that stuff, and then I’d come home and think, I don’t want to live like this. It seemed like everybody else was happy but me. I felt so alone.

I met Savoria at my friend’s house. He was reading the Bible one time and I asked him, “How do you read the Word?” Because I had tried, but of course I had started with Genesis. He said, “I ask God to show me what I should read and bless me with understanding.” That was a stepping stone for me.

At that point I cut off everybody and I just started reading my Bible. I would go to school, go to work, come home and read. One day I was walking down the street and the Lord said, turn here. So I turned and I saw a church sign and it was so bright. I checked out what time the service was and I went. After that I was gung-ho. When the Lord saved me, my whole world changed.

Savoria and I got married in 2001. We had decided we were going to try and have kids. We tried, but we were having trouble conceiving. The doctor said, “We’re going to have you go through surgery.” I was young and newly married. All of this was freaking me out. Then the doctor told me, “You can’t have kids.” So I got home and I was just bawling. I stood at my back door, and I was like, God, I don’t know what’s wrong, but you can heal it. And it was almost like I could feel it. After that, I was pregnant. 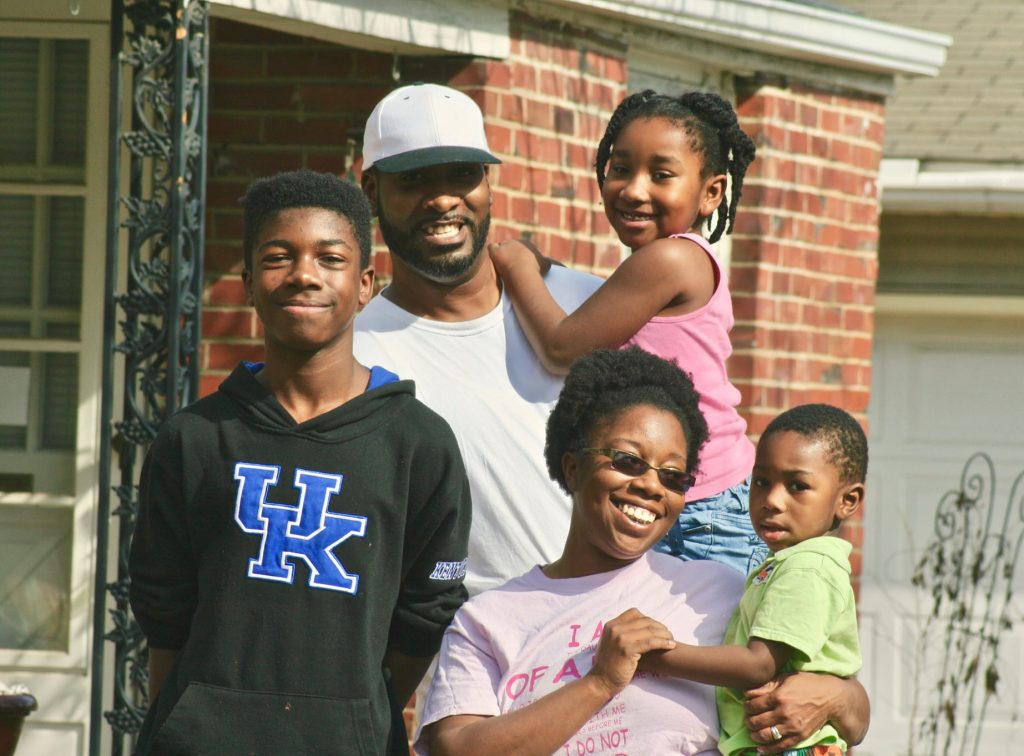 Savoria and Netesha and their children have been supporters of the missionaries in Evansville from the start.

At that point I still considered myself a baby in Christ. I had seen some people around me who went to church, but then they were still doing other stuff. I felt abnormal. I didn’t want to go out to the club, I wanted to stay home with my kids and do what God wanted me to do. Also, some people at church would talk bad about other Christian denominations. I’m like, We all love the Lord. We should be praying for each other. So we went from church to church.

In 2010, when we lived on Kerth Street, I came outside. It was a pretty day, but I was like, Man, I don’t have anybody to talk to. I felt like I was in that same position as before—alone. I said, “Lord, I want to live for you, but I also want to have relationships. I want to be around people that want to live for you.”

I was looking at the block and thought, What would it be like to live with a whole block of people who serve the Lord? My vision was a block of nice houses with white picket fences. People would take care of homes and of each other. When you came onto the block you would feel the presence of the Lord. It was almost like the block was illuminated,  that’s how beautiful it was. And I said, “Lord, I want that.”

A few months later we met the People of Praise. The first thing I noticed was that the missionaries were from different denominations but were living in unity. I would do my studies in the Word, and God would give me something, and then when they’d come, they’d share a word from the Lord, and it would be the same! Wow.

Knowing the missionaries has helped me grow. First I learned about the vision of community, then about being a wife and mother in the Lord. Sharing about moments when we felt close to Christ in women’s group has helped us be more open about the Lord within our family. The People of Praise helped me to recognize when God is speaking. Women’s group has helped me to look at things differently and not just think, Oh, here comes another trial, but Yes! We gonna make it through this! It has helped me to have real relationships, actually being there for each other to help each other when it seems like the enemy’s attacking. The woman touching the hem of Jesus’ garment, that’s how women’s group is for me. 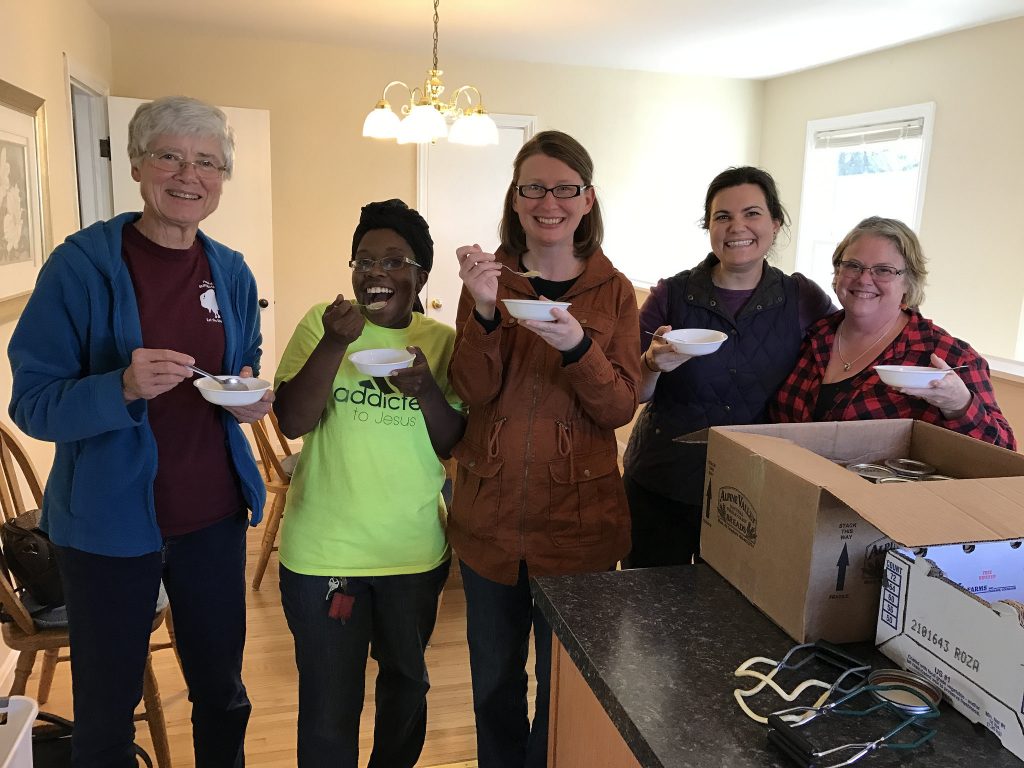 In 2011, Savoria told me we were gonna move to Jefferson on the South Side. “Really?,” I said. A lot of the people we grew up with, they’d moved, so it wasn’t the same. The crime was worse. And it was scary, because it could be 10:00 at night, and we’d hear gunshots, and I’m like, Kids, get on the floor! I would have to catch the bus home, and my son would see all these people standing out there and smoking on the corner. It was so sad, I felt bad for them. And I’m like, Lord, what is going on? I didn’t want to live here.

Then when the missionaries said, “We’re looking to come to the South Side,” I’m like, Thank you, Jesus! This is what you want for this neighborhood. You want peace. And a lot of people want it, but they don’t know how to obtain it. When the missionaries came here, it was just like, this is how you do it. It was like a blueprint on how to live for the Lord.

A lot of the kids here, they need to know what love is, actual love. It seems like the peer pressure to do bad is so overwhelming for them. My son is 12, and he goes to Washington Middle School. He says, “Mom, they’re calling me whack,” because a lot of his peers are smoking marijuana. “Son, you’re not whack,” I tell him. “Marijuana is an addiction that clouds your mind. That’s how the enemy works. He wants you to fail.” And I tell him to forgive when they hurt him. I say, “Son, you don’t know what they are going through. But pray for them, because you might be the only person praying for them.” 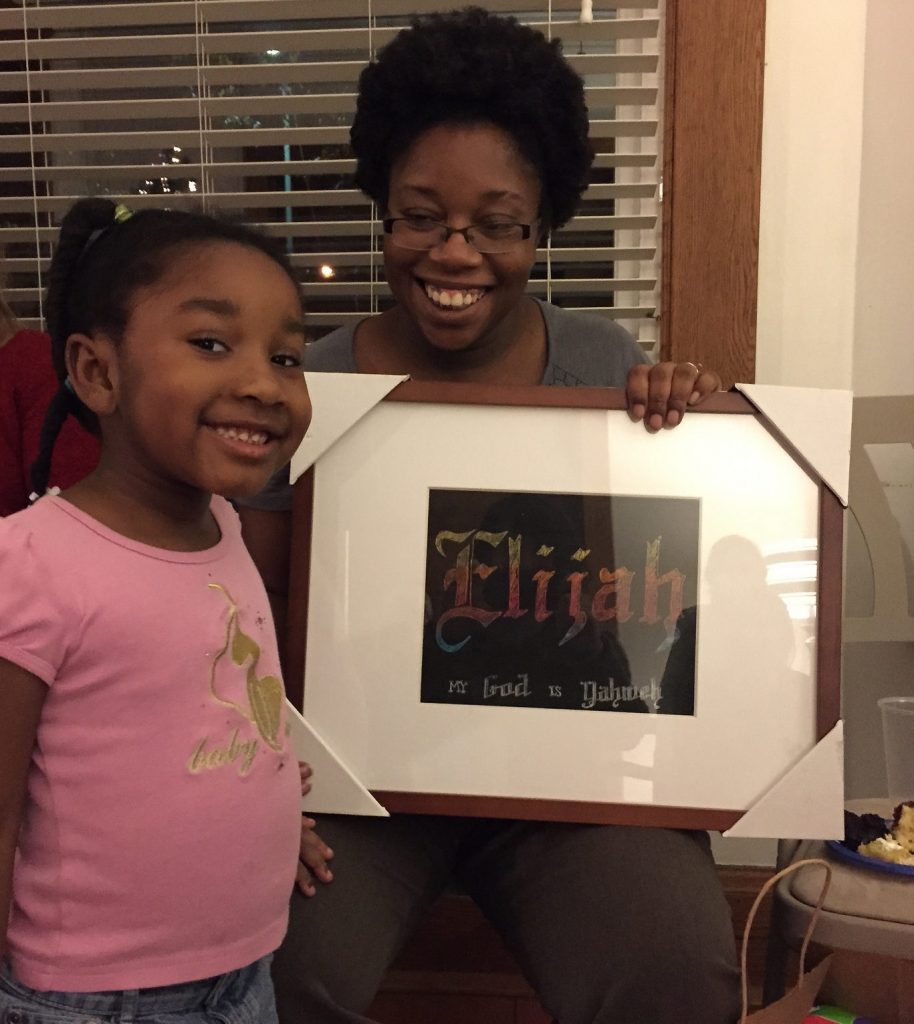 Netesha and her daughter show off the shower gift she received from the missionary women upon the birth of her son.

Kids absorb everything around them. If you sow hatred, then that’s what they’re going to give out. But if you start showing them love, it might happen years later, but that seed is sown. That’s what I teach my kids. I really believe that the core of what the Lord is doing in this neighborhood is dealing with children, spending time with them and letting them be children. I’ve heard of kids quoting the Bible to their parents and how it touches their mom or their dad.

I’ve seen the neighborhood change drastically. I mainly look at kids. You can see them change. At the ice cream parties I saw the kids having so much fun–hula-hooping, jumping rope. It was just so beautiful. It’s like the Lord breathed some life into the neighborhood. It’s alive again.