Tom Evans to Step Down as Coordinator for Southern Branches 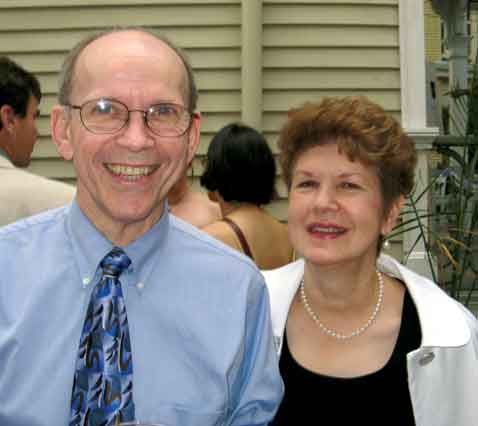 Tom Evans, the coordinator responsible for the Biloxi, Mobile and Shreveport branches will step down from his position on July 1, 2010. Diane, Tom’s wife, will also relinquish her handmaid-type responsibilities for these three branches.

Mike Coney, principal branch coordinator for New Orleans and a member of the community’s board of governors, will assume Tom’s responsibilities. Linda Coney, principal handmaid in New Orleans, will take up Diane’s work relating to the women leaders of these three branches.

Tom began serving as a mission coordinator in 1987. In 1988, he helped guide the St. Mary of the Pines prayer group in Shreveport through their decision to become a People of Praise mission branch. He and Diane have seen the Shreveport branch through the sudden deaths of two branch leaders, Jim Minto and Pat O’Connor and through the changes that came with the birth of the community’s Allendale outreach in 2002. They helped the Biloxi and Mobile branches recover after Hurricane Katrina scattered members and destroyed homes in 2005. From 1987 to 1999 Tom served as principal branch coordinator for New Orleans.

“Tom has been a fine pastoral leader, good at moving people forward, and he performed brilliantly in a number of difficult situations with his calm and steady presence” says Kevin Ranaghan, head of the branch relations team on which Tom and Diane serve. “And Diane excels in one-on-one pastoral work.”

Cliff Vaughan, Shreveport’s head branch leader, agrees: “I’m so grateful to Tom. He’s continually formed us through weekly phone calls and personal visits, two, three or four times a year—whatever was necessary. Tom always has the right words to say. He knows the Lord and he knows the People of Praise and that’s a great combination. Tom and Diane have been so generous with their time, their wisdom and their sense of humor. Just ask Diane about the rubber cockroaches that sometimes appear in funny places after their visits.”

The Shreveport branch honored Tom and Diane at a Lord’s Day meal during their branch visit in April. Debbie Vaughan said, “When I spend time with Diane, I experience being formed in the community’s ways. For example, Diane doesn’t just know the community’s teaching on right speech. She has the heart of the Lord, his love, for the people she talks about, so of course she speaks rightly about them. I also admire Tom’s integrity. What he believes is what he says, what he says is what he lives. There’s a wholeness about him.”

At 72, Tom says he’ll manage to stay busy, compliments of Diane’s To-Do-When-Retired List. They also hope to visit branches they’ve never been to. Tom and Diane have two grown sons.

Craig Lent had this to say about the Coneys: “Mike’s extensive pastoral experience and Linda’s years as principal handmaid for her branch make them well-qualified for this work. Mike recently retired from Shell Oil. They’re a wonderful couple with a great family—they’ll do a super job.”