Cleaning Out My Car: Reflections on the Covenant 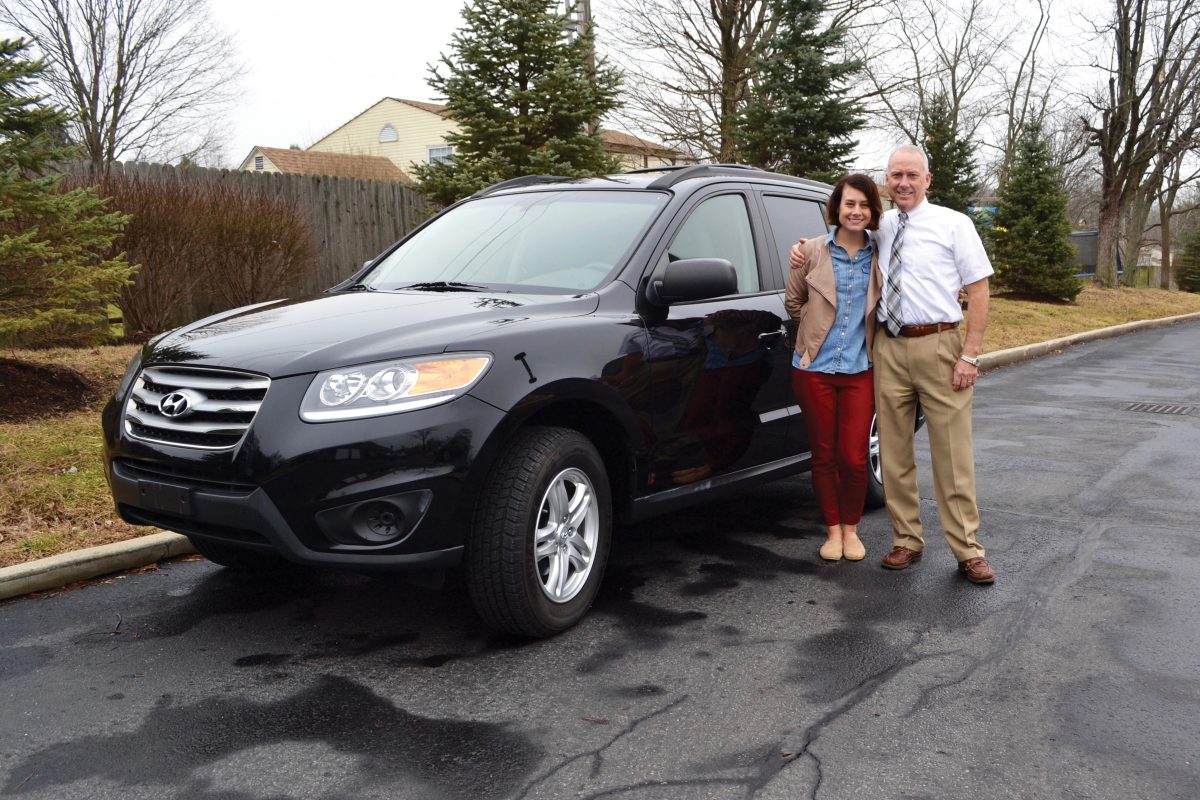 A few weeks ago I went with my daughter Maria to check out a car she was interested in buying. We drove together to the dealership and looked at an SUV. It was a used vehicle, but it looked spectacular. The paint sparkled. It had new tires and a new battery. There was no trash or clutter on the floor or seats, no dents on the body. We were both drawn to it, and I couldn’t help but notice how different it was from the car we had arrived in. Over the years it had become a little cluttered and a little dusty, with a pair of sunglasses on the console, some smudges on the dash from greasy fingers, some hairpins on the floor, some crumpled-up wads of paper strewn about. Little by little, I had stopped treating my car like the shiny and attractive vehicle it had once been.

This year, as I was reflecting on our covenant, I began to wonder if I have allowed my covenant life in the People of Praise to become a little bit like my car. There are some dusty areas, some places where the carpet could be fixed up and others that could benefit from a little paint. My life may not be as attractive to others as I would like it to be. Now I’m not a theologian or a historian or a journalist. I’m an orthopedic surgeon who operates on feet and ankles, but you might be surprised to know that a big part of my job involves interviewing patients, collecting their histories, trying to understand their pasts and their problems. As I was reflecting on our covenant, I wanted to go back to the beginning, to find out what this “car” was like when it was brand new, so I decided to drive to South Bend and spend some time interviewing three of our founders, Clem Walters, Kevin Ranaghan and Paul DeCelles. It was a wonderful experience. I wish I could share everything that I learned, but I want to highlight five themes that caught my attention.

First, the original 29 members made the covenant because they experienced a call from God. Kevin told me that for several years they had been hearing prophetic words about being a community. Tom Noe (South Bend) recorded one example in his journal in 1971: “I am building my kingdom among you . . . Once you were no people, but now you are a people.” There were words about becoming one, becoming a community of love, becoming God’s house, his building, his people. There were words about taking care of one another and being committed to one another, as Clem told me. The covenant wasn’t merely a human idea, it had been on God’s mind and on his heart, and the first group of brothers and sisters who made the covenant were responding to that divine desire.

Second, all three brothers mentioned a need they felt for stable relationships that would last longer than a few months or even a few years. Clem told me that he and Julie had been searching for these kinds of relationships, first in their parish, then in the Cursillo movement, and eventually in the charismatic renewal. They experienced the Lord working in all three of these situations, and yet each situation was very fluid. People would move in and out of them, leaving for the slightest of reasons. In the renewal, Clem noted, “We had leaders’ groups, we had prayer meetings, we had national conferences that brought together thousands of people. We had all of that going, and yet we still didn’t have the stickum, the glue, for our families and for us.” Clem saw the covenant as a way of establishing relationships that they and their children could really count on. “When it came time to make the covenant,” Clem said, “I knew in my heart that this was it.” 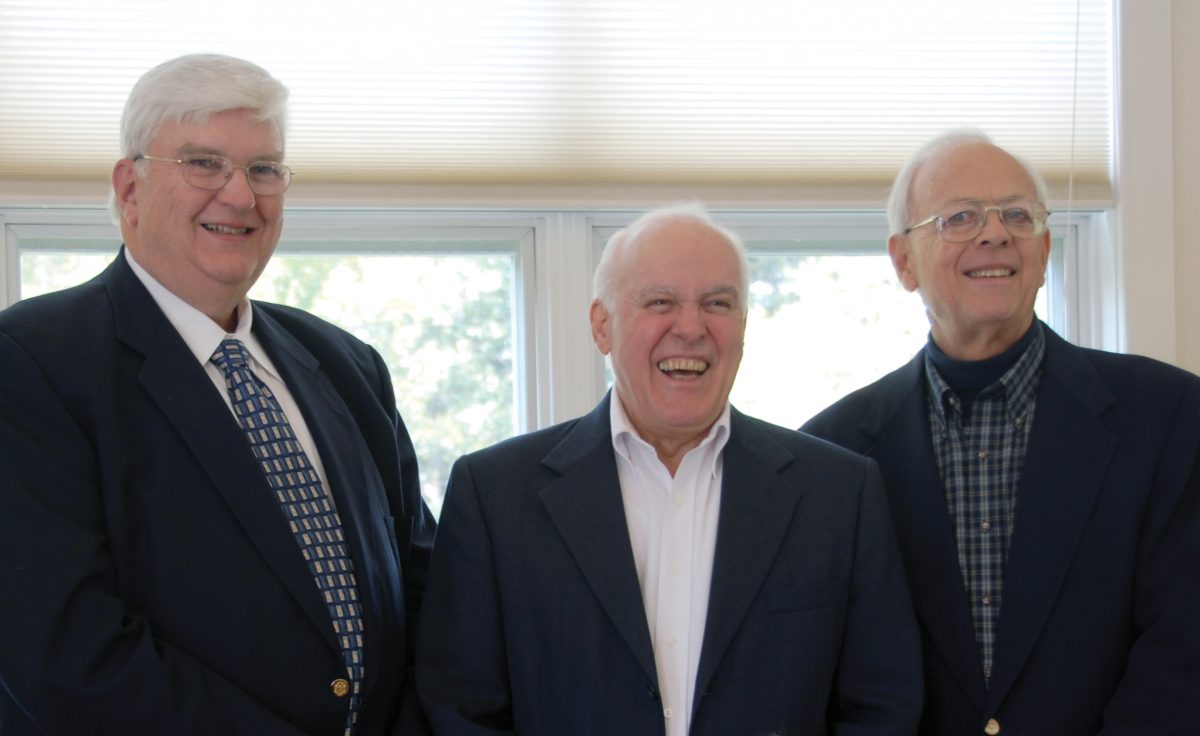 Third, the covenant provided a basis for establishing practical ways of living together. Paul told me, “It was only through the covenant that we could really have youth ministry, that we could put the bringing up of our children in common and put our finances in common, that we could agree on what we were going to teach, that we could have headship that works, and could love and serve one another without getting burned out.” There’s a flip side to this, which Kevin pointed out. If we don’t do the practical things that make up our life—talking to our heads, coming to meetings, celebrating the Lord’s Day together, etc.—then our trust in one another will diminish and we will value our covenant less.

Fourth, they wanted to imitate the first Christian community, not only in their close common life but also in the fact that they were a small community with a big mission—to bring the world to Christ. Paul said that he and others on campus at Notre Dame had been studying community and the first Christians since 1963. “We had a strong impulse for early church living, but before the baptism in the Holy Spirit it was hard for people to be charged up enough to actually make community happen.” Filled with the Spirit and strengthened by a covenant commitment, the brothers and sisters began taking on various works and ministries. Kevin pointed to a long list of apostolic activities that would not have been possible without the covenant: putting on charismatic conferences in Rome, Kansas City and elsewhere, spreading the baptism in the Spirit in Poland, caring for the needy, establishing Trinity Schools, praying with people for more of the Lord, and carrying out our mission work in the Mississippi River Valley. The covenant of those first 29 was a force-multiplier. Think of the many hundreds of thousands of people we have impacted for Christ because those 29 made a covenant!

Paul said, “Making the covenant is like that moment when you’re in love, when you dare to take a risk and tell the other person, ‘I love you.’ Making the covenant was stating positively, very out front, ‘I love you all. So let’s all promise that we will live our lives together in Christ, that we’ll do things in common: accepting obedience in headship, accepting a community of goods, accepting a regular community meeting.”

Paul’s words reminded me of the love I felt when I made the covenant myself in 1985 in Muncie. I want that love to shine through me each and every day, and so I’m going to throw out all the trash that has accumulated in my car, polish the dash and make the paint job sparkle again. I’m going to rededicate myself to personal prayer, to my men’s group and to our branch meetings, to having Lord’s Days and really making them zing, to serving and caring for my brothers and sisters, out of love for God, for all of you and for the whole human race. Glory to God!