A Retreat Pulls Out the Love 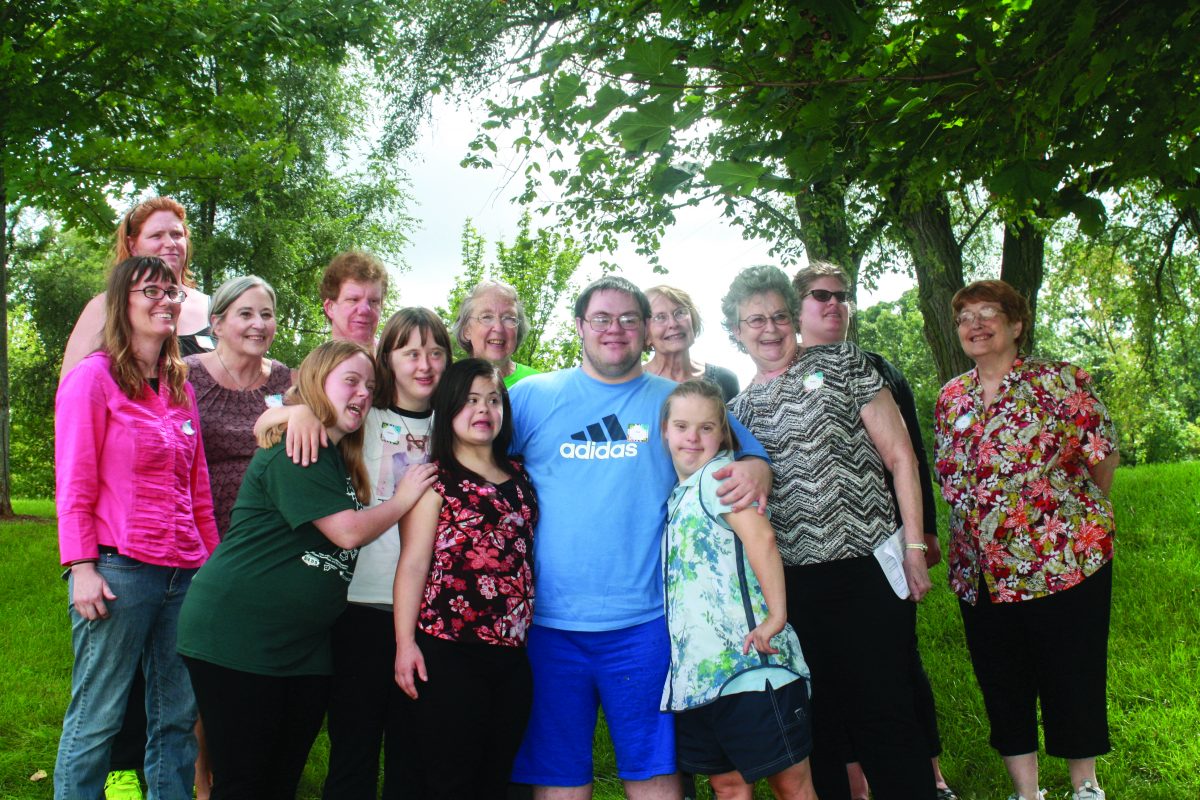 by Jill A. Boughton

The idea first came to Peggy Go when she read in the local Catholic newspaper about a retreat for young people of different ages and abilities that had taken place in another corner of the diocese.
Why not have an event closer to South Bend?, she wondered.

When she called the diocesan Ministry for Persons with Disabilities, she learned that their role is simply advisory. They don’t organize retreats themselves. Peggy figured that this let her off the hook, but the Holy Spirit kept nudging her. She thought about Julie Walters’s book God Is Like, and it occurred to her that it might provide the framework for a retreat. Then she enlisted not only Julie but also Pam Peterson, Ruth Sanford and me. Some of us have experience parenting or teaching youth with different abilities. Some have written curricula for our churches and People of Praise youth ministry. As we began to brainstorm, we discovered a delightful complementarity in our gifts, concerns and expertise. Then we discovered an online commentator who calls herself “Jenny the Jewel.” She explains how performing acts of service taught her that God had a purpose for her life. They helped her no longer to question whether God had made a mistake when he created her with Down syndrome. 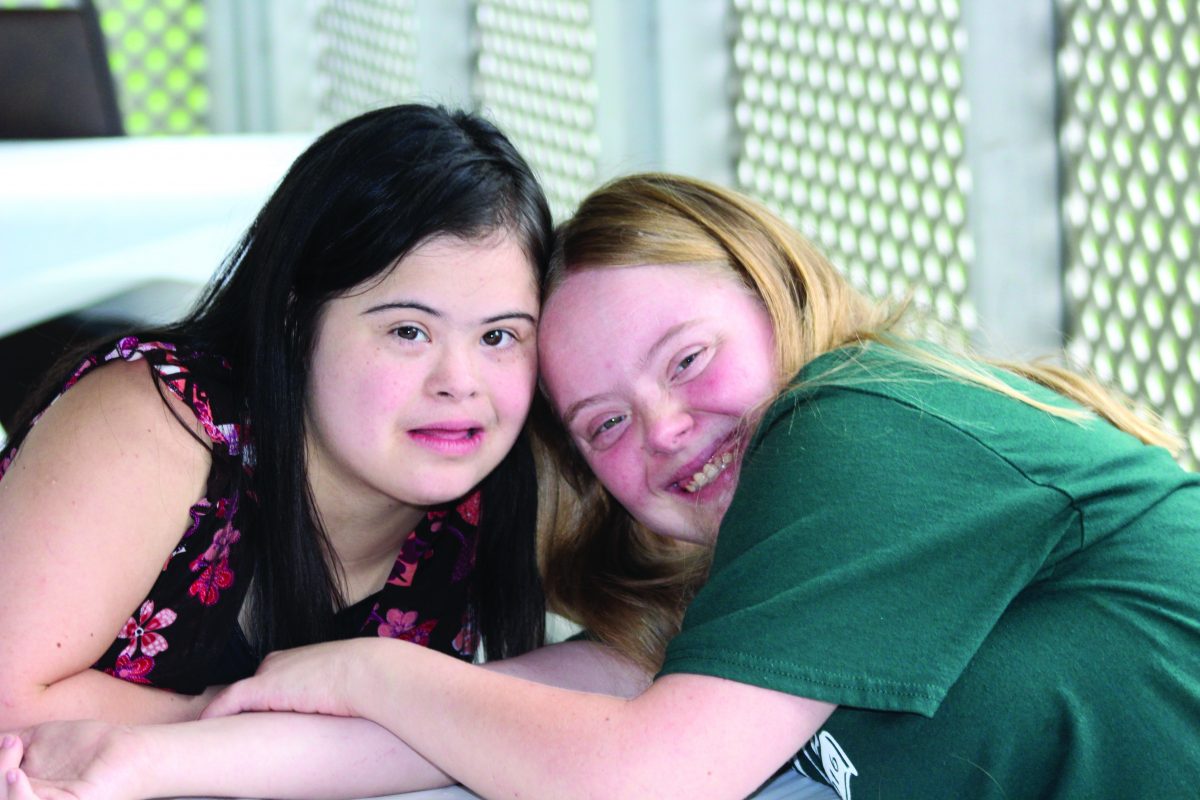 Two of the attendees, including Peggy’s daughter Veronica (left).
We held our retreat at the branch’s community center from 10:00 a.m. to 3:00 p.m on Saturday, September 17. After an introductory session about Jenny, we projected each section of Julie’s book (“The Rock”; “A Spark of Light”; “A Breath of Wind”) and explored it with activities, crafts, conversation and songs.
Ten days before the retreat, Veronica Go was the only one signed up, but we wound up with nine participants of varying ages and abilities. We had a lot of fun with them, and we’ve also heard very positive feedback about their experiences on the retreat. 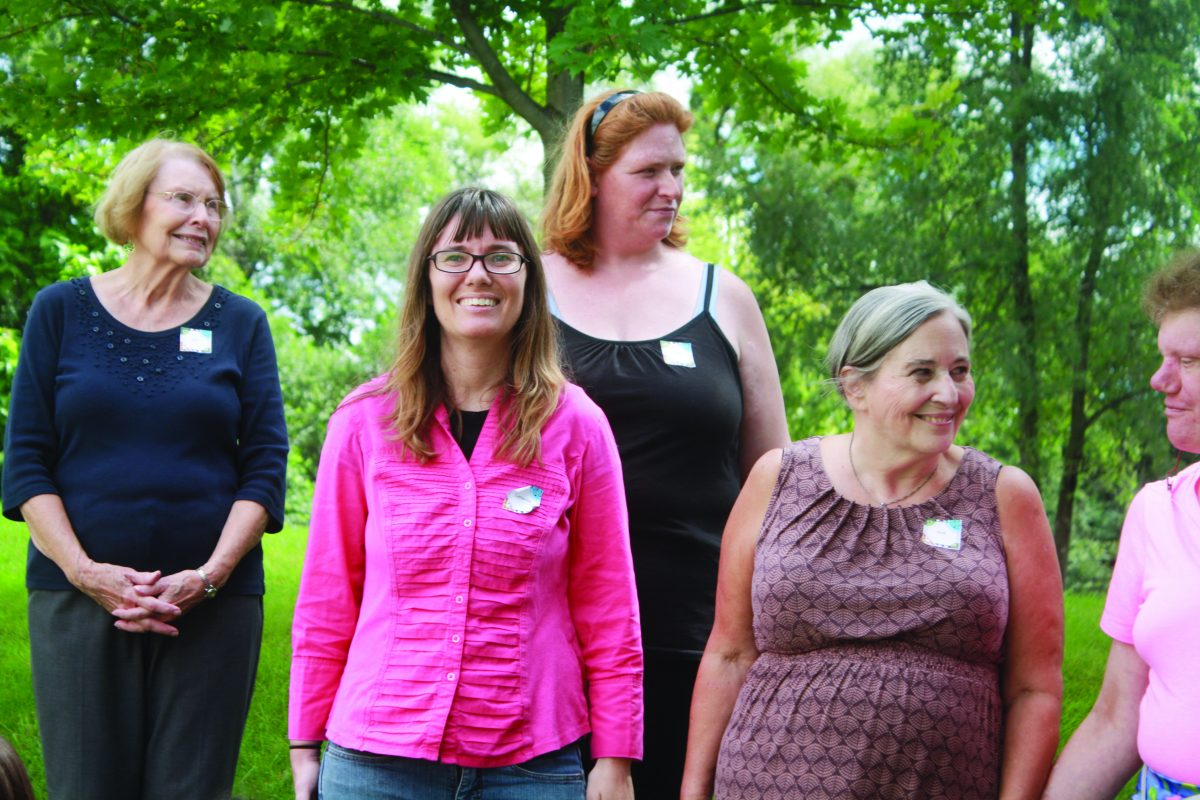 The retreat was based on the book God is Like by Julie Walters (left).

“The retreat was really fun,” Veronica said. “I made new friends and learned about how God always helps us.”

“I learned about God that he is our light and our rock. About myself, I learned that God made me,” said Elizabeth, another participant.
A third participant named Susan added, “When’s the next one?”
“A couple of girls told us that they knew they weren’t mistakes, and that Jesus loved them,” Peggy said. “For me that was a confirmation that the retreat was the right thing to do. A lot of the attendees don’t normally talk about God with anyone.”
“I’ve found that people with disabilities are there to pull out the love in us, if we let ourselves get close to them,” she added.