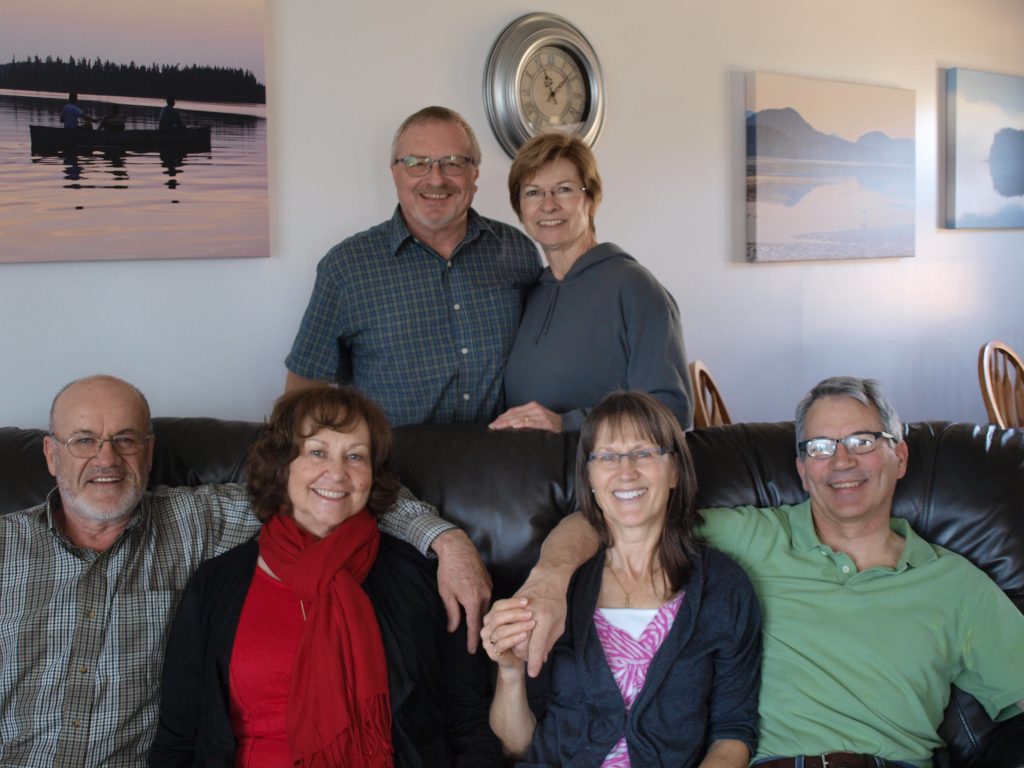 Five a.m. The alarm sounds, and 20-somethings Andrew and Emily Hayden shuffle downstairs in their suburban Burnsville, MN, home. With their one-year-old son asleep upstairs, they sit on wooden barstools at the kitchen counter and pray together, following a format in their Marriage in Christ manual.

“We tried to pray together when we were dating,” Andrew said. “It felt awkward sometimes, and we just couldn’t get it to work. The Marriage in Christ seminar gave us a rubric to follow.”

“For me,” said Emily, “Marriage in Christ called out all of the lies that society is trying to tell you about marriage. Yeah, these are struggles you’re going to go through. No, they’re not reasons to be apart from your spouse. The Holy Spirit can help you get through these struggles and connect on a deeper level.”

Andrew and Emily’s story is one of the hundreds that could be told about the impact of Marriage in Christ (MIC). As of May, 2016, more than 800 couples had completed the five-week program of video talks, discussions and prayer. Bill Wacker, Joel Kibler and other Servant Branch members launched the program in 2011, and the board of governors adopted it as a work of the People of Praise in 2013.

“Because of the Holy Spirit, we have so many strong marriages in the community. Marriage in Christ is a way that we can bear witness and share with the church and the world what God has given us,” Joel said.

Bill sees a wide context for the effort. “I think one thing God wants to do in this day and age is to make Christian marriage appear more beautiful and attractive to the broader culture, and we’re playing a part in that.”

Since 2011, community host couples have put on 65 seminars in 16 branches, and have helped bring the seminar to 23 US states, Canada and the Caribbean.

In Shreveport, Bill and Mary Frances Parker’s pastor said he would allow the seminar at their parish if the local bishop approved it. The Parkers invited the bishop to dinner and showed him one of the videos. “He loved it,” Mary Frances said, and since then the Parkers, Jack and Teresa Lynch and Mark and Natalia Bendele have put on four seminars.

Gerry and Cathy Orthmann (Yakima) have focused on follow-up, inviting the participants from the seminar they hosted to come back to their home. Couples came with their families for ice cream; the adults came for a nice dinner followed by men’s and women’s discussion groups; and the women came over for breakfast. The women are particularly hungry for fellowship, Cathy said.

Kevin and Anna-Lisa Rodriguez (Kingston) have worked for other marriage preparation and improvement programs, but found something new and helpful in Marriage in Christ. “This is what every married person needs, because it focuses on the fundamentals of life in Christ, irrespective of how long we’ve been married or how much we believe we’ve got it right,” Kevin said.

In the Twin Cities, Servant Branch members have hosted 26 seminars. In South Bend, Dan and Anne Brewer and Jim and Gerry Sgroi ran a seminar for 35 couples, the branch’s largest so far. Rick and Diane Ridenour and Dave and Maggie Temeles have put on four seminars in northern Virginia.

After three seminars in Corvallis, Terry Aman credits the MIC staff for making the seminar very easy to pull off: “The kit Sally and I received was very well-organized and included a checklist for what had to be done when.”

In the Marriage in Christ office, Bill Wacker and Lucy Cunningham are developing a new kit to make it easier for branch couples to promote the seminar in their churches and cities. Fundraising is also a priority. An anonymous couple has offered to match all gifts made to MIC before July 30, 2016, up to $25,000.

Bob Brickweg (Servant Branch), who serves with Joel and Bill on the MIC board, said, “I am so thankful for the brothers and sisters who have worked to make Marriage in Christ succeed in their branches. Like anything of value, it takes effort, but the Lord returns so much more.”

Part of that return comes when couples like Andrew and Emily Hayden are trained as host couples and begin to put on seminars. They recently hosted one for eight couples in their home.

“The seminar isn’t a magic wand,” Emily said, but it has helped the Haydens establish habits of prayer, conversation and love. It’s a slow work that starts each day at 5:00 and that they are now passing on to others. With couples helping other couples, the effort will bear fruit over the long term, one prayer time, one act of forgiveness and one seminar at a time.