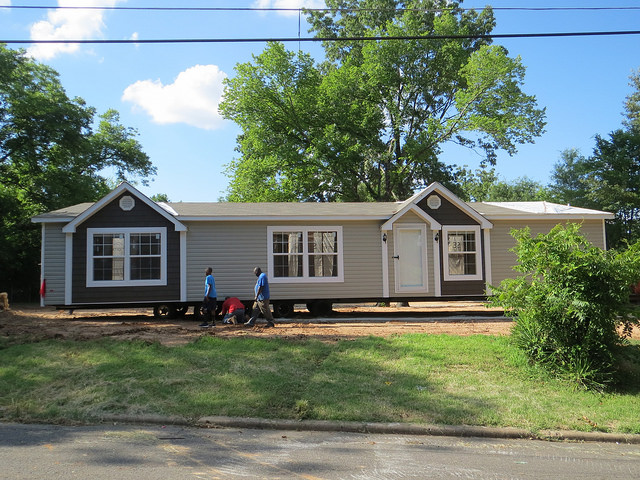 One neighbor on the block told a CIM team member, "I looked out my window and I thought, Well, I guess someone bought the lot next door!"

Two new modular houses rolled into the Allendale neighborhood on June 11 and 13. Christians in Mission members cheered as their future homes arrived at 1934 Dove Street and at 1935 Jordan Street. The houses face two different streets but share a backyard. They are two blocks away from the Yale Avenue location where other community households live.

“These houses are coming just in time to free up space for our new school,” says Mission Coordinator David Zimmel, who oversaw the acquisition of the houses. “They are both an answer to prayer and the fruit of our neighbors’ support.”

After wiring and plumbing are finished, John and Colleen Bowar will live at 1934 Dove, which they are renting from another People of Praise couple. Ben and Kathleen Reinhardt, currently living at 1434 Yale, will move into 1935 Jordan. That will leave the Yale property available for the start of the community’s new school, Praise Academy at Lakeside, which begins classes at that location on August 11. 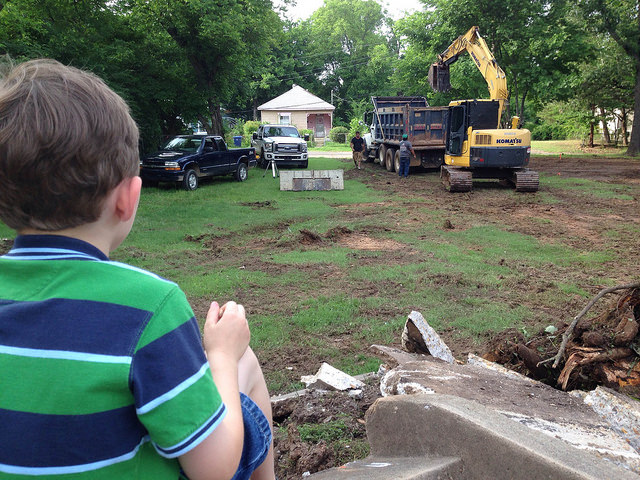 Paul Barrett surveys the preparation for the house foundations on Dove and Jordan Streets, just a short walk from his family’s home on Yale Ave.

Plans were complicated by a recent Shreveport law that prohibited modular housing within the city limits without special permission. In fact, last November the city zoning board had denied permission to several petitioners applying for zoning variances for similar types of modular housing.

On March 11 David, Jeannette Duddy, and one of their neighbors, Johnny, went before the board requesting permits for modular housing at the empty lots on Dove and Jordan Streets. David described the community’s work in the Allendale neighborhood. Then Johnny also spoke in favor of the variance: “The People of Praise are good people. When you need help, they’ll help you. When you need a ride, they’ll get you. When you’ve got a broken window, they’ll fix it. I think you guys got to do everything you can to help them do their project.”

“We were really asking for a lot,” said David, “but the zoning board approved our project unanimously. They caught the spirit of what we’re trying to do, thanks especially to the support of Johnny and our other neighbors. Since then, everybody I’ve talked to about it agrees that there was some miraculous help from the city to get this going. The guys dropping off the houses asked, how did you succeed in getting these houses here?” 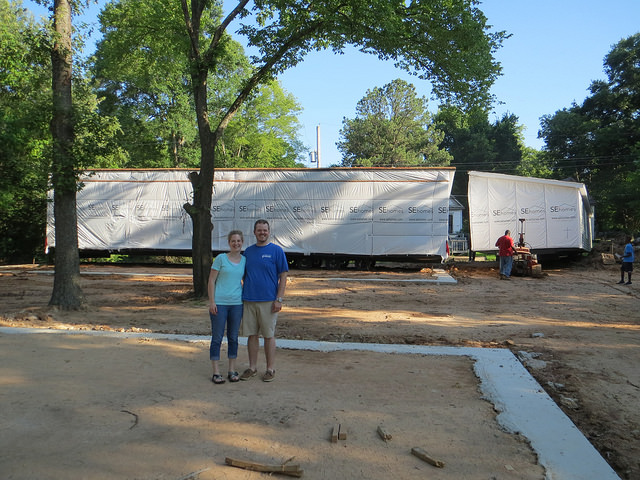 John and Colleen Bowar in front of their new home, 1934 Dove St.

Both houses arrived on trailers in two sections and were placed on concrete foundations laid a few days earlier. The sight of two halves of a house rolling along the hilly Allendale streets drew Christians in Mission team members and other curious Allendale neighbors out of their homes.

With the start of the school year coming in August and the arrival of Action teams June 22, the CIM team needed to build quickly to ease their housing crunch--more quickly than volunteer labor would allow. They chose manufactured housing as a cost-effective alternative to traditional construction: in their case, says David, roughly $50 per square foot instead of $100 per square foot. They wanted new homes that would fit in with the neighborhood’s existing architecture and be affordable to most Allendale neighbors. In the fall, David and other team members had viewed one company’s modular homes in their warehouse, and he was impressed with their product. “It was kind of a no-brainer. When you’re looking at building a new house, you usually have to decide whether it will be inexpensive or fast or well-built. If you’re lucky, you get to pick two of those. This company’s houses are all three.” 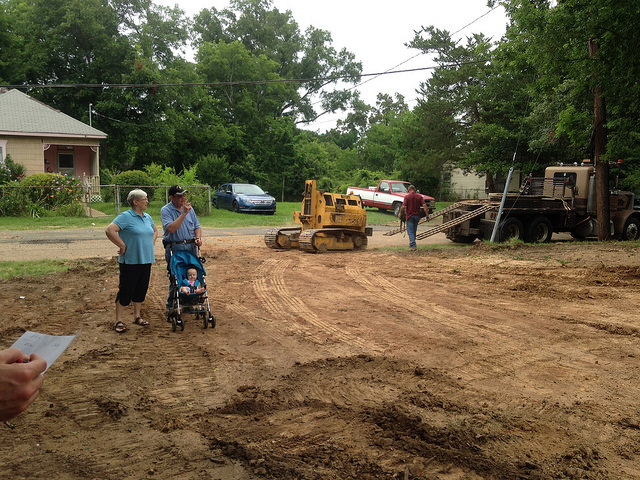 Each of the new homes is designed for common life and hospitality: four bedrooms and three baths, with a central open area functioning as the living room, dining room and kitchen. Colleen says, “I’m really looking forward to moving in. When they put in the house, I was talking with two of the women neighbors, and realized one of them lives directly across from the new house. It was fun thinking about her being a neighbor.”

The new houses are very close together: “Close enough to toss a tomato from one house to the other,” says Colleen.