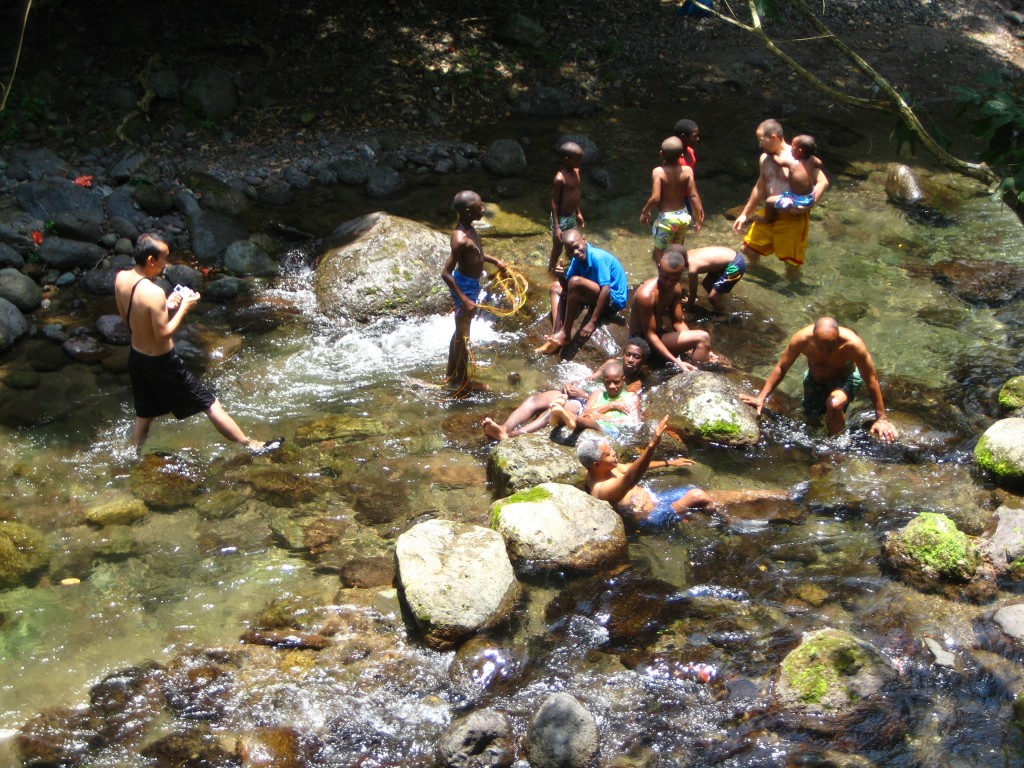 Eleven men and nine boys drove out of Kingston on a Friday evening in early May for a weekend packed with games, singing, prayer, laughter and brotherhood in the lush foothills north of the city.

Buildings gave way to banana plantations, cattle and dirt roads as the group approached their destination—River Edge, a camp and retreat center located in a vibrant green valley with a small river winding through it.

These campouts started more than 20 years ago as father-son events, but this year six of the nine boys came through branch members’ friendship with the sisters of a local Missionaries of Charity outreach.

As the group settled in, some of the boys, who ranged from four to 17 years old, played dominoes in the cabin.

Saturday began early with stretching exercises, breakfast and group prayer. Some of the men gave sharings about God’s work in their lives.

Group activities included a scavenger hunt with clues: “Find five pieces of fibrous material of the same length” and “use the materials to construct a device that will guide travellers.” A team of judges attempted to rate the results, but a jovial dispute broke out over whether the pointing scarecrow or the weathervane made with oranges won the day.

There was time each day for cavorting in the pools and eddies of the shallow river, games of football (which North Americans know as soccer) and checkers.

The group opened the Lord's Day with prayer and a meal, followed by a campfire with singing, missionary stories from Joe Bulger (visiting from Allendale) and roasted marshmallows.

“Most of these boys don't know their fathers,” says Kevin Rodriguez, who helped organize the event with Joseph Mutidjo. “We want to give them the opportunity to see how real men behave, to see and experience men of God in action. For instance, they notice that we don't cuss. When we get upset we don’t get boisterous. We are competitive but remain respectful of one another.” 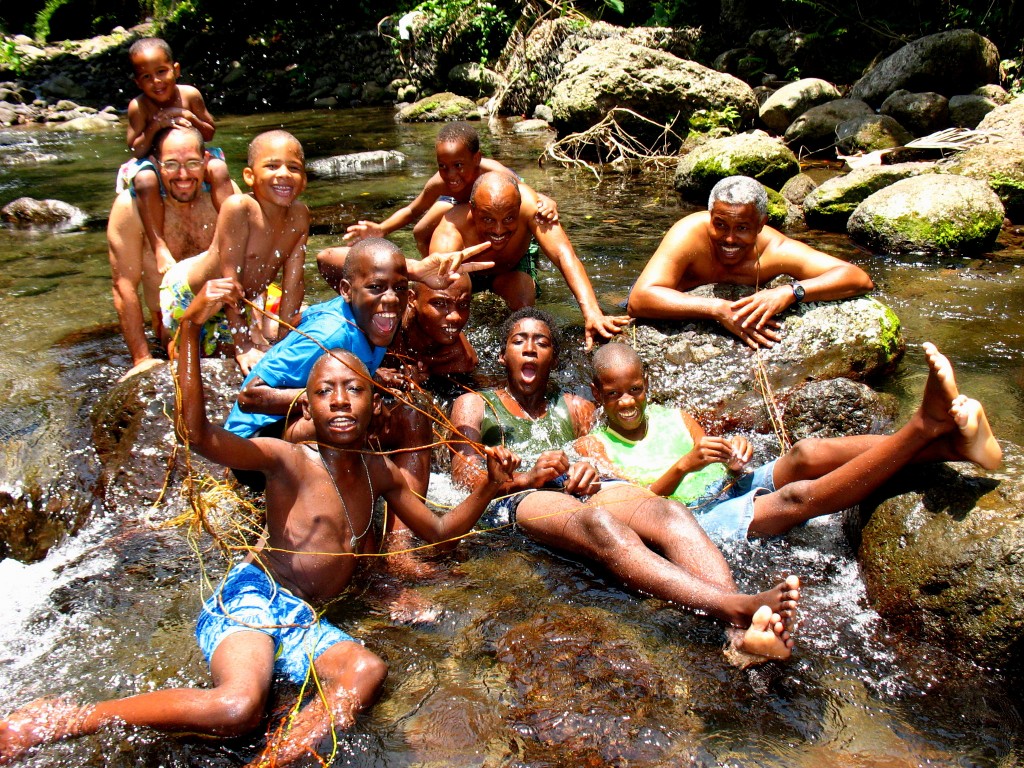 Sunday morning the men prayed with boys who had specific prayer requests, and Locksley Robinson then invited everyone to pray with one another for more of the Holy Spirit.

“I made new friends,” said 11-year-old Tiaquan Dunn, who didn’t know anyone else in the group before Friday. “They live close to me, and since the campout we play football a lot.”

Sr. Patsy, who works for the Missionaries of Charity outreach and knows the boys that came to the campout, made a point of telling Joseph the following week how much they had enjoyed the weekend. One of the boys asked Joseph when they would do a campout again.

Locksley says, “We continue to hold these annual gatherings because we enjoy our brotherhood together, both young and old. At the same time we realize that that sort of manly relating is sorely needed in our Jamaican society today, so we open it up to others, hoping they will share in the fun and fellowship and encounter Christ as we relate to one another.”

Renaldo Grant, a 17-year-old put it this way: “It was very fun. I just wish it could be longer. A weekend is too short.”