Singing, Filming and Planning at the 2015 Action Conference 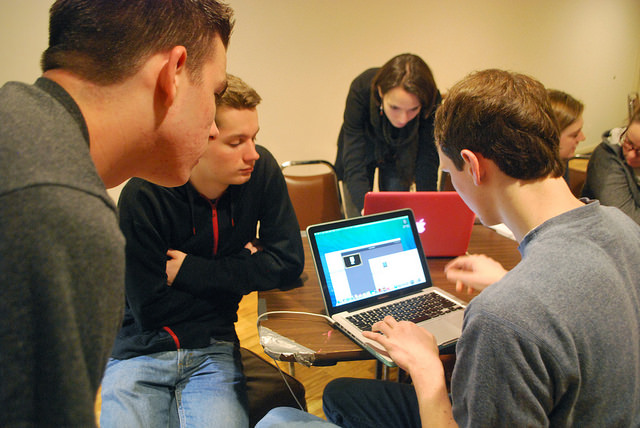 More than 200 students and adults from 11 community locations came to South Bend last weekend for an Action conference, the first community-wide Action gathering in three years.

“Never have I seen so many people devoted to what they are doing and focused on God,” said Cameron Huntington, a high school freshman from Minnesota.

In the music track, they sang together, listened to classical music and spiritual songs, in addition to composing their own songs. On the final day they performed a camp song written by Stephen Kabele, Abby Earhart, James Smith, Myracle Newsome and Sharon Joh, about God’s manifestation to Elijah in the “still small voice.” 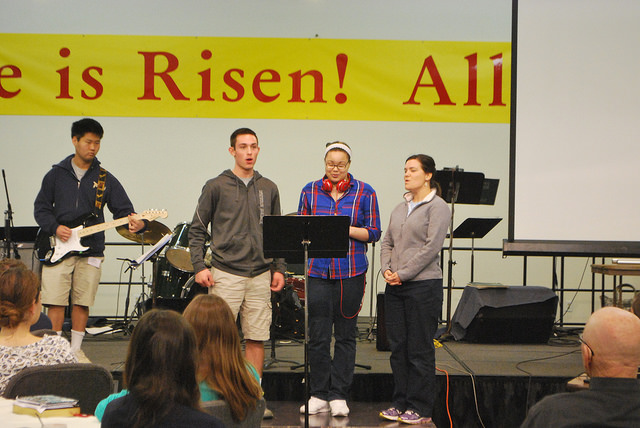 Camp track attendees planned and ran a day camp for youngsters aged 5-12 in the South Bend branch, a trial run for this summer’s camps in Shreveport and Indianapolis. They performed skits (David and Goliath), taught about forgiveness, helped the girls weave cloth headbands and ran an obstacle course with the boys.

Video track participants took a crash course in visual storytelling and created their own short films. They developed storyboards, filmed with iPhones and edited their films in time to show them on the final day of the conference. The track voted for the two best films--a short film of a missionary encounter created by Chris Smith, Christian Runyon and Stephen Magill, and a stylized film showing a job interview created by Joe Feeks, Tess Pingel, Ruthie Olson and David Preuss.

A planning track focused on what Action students can do during the school year. They articulated a vision statement for local Action divisions, brainstormed ways to improve Action events all year round and discussed fundraising. They went door-to-door in a nearby neighborhood asking people to join them in prayer for the nation. They knocked on 166 doors and prayed with 30 people. 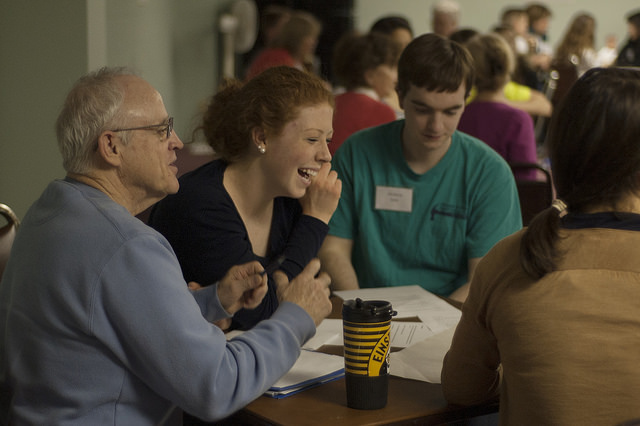 The conference also included a variety of talks, presentations and reports. Gabe Yohe, a missionary in Evansville who was a high school student during the last Action conference shared his testimony, as did his fellow missionary Ben Mysliwiec. Sarah Loughran (South Bend) gave a report on the elementary school the community will open in Allendale next fall. Action student Stephen Kabele (Vancouver-Portland) explained the Action coaching program while Mary Raway (Servant Branch) explained why she's in Action to the many newcomers attending the conference.

“It was great hearing what Action divisions are doing in their branches, hearing why the People of Praise is in the Mississippi River Valley and knowing that we have a plan,” said Olivia Griggs, a high school senior in South Bend.

Conference participants served and cleaned up for all the meals, enjoyed long walks in the spring weather, late-night basketball and soccer games (for the boys) and a late-night live action Clue game at the Greenlawn mansion (for the girls). 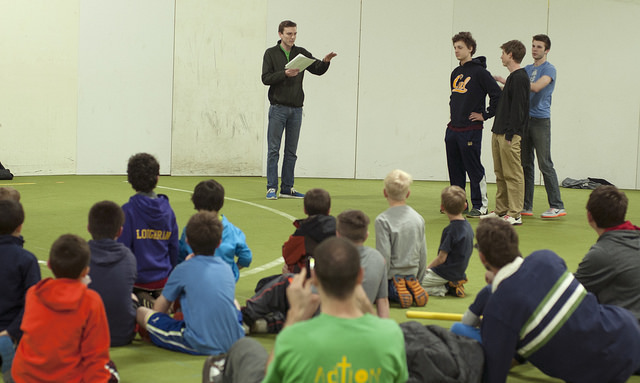 The conference ended with a prayer meeting led by Pat Murphy (Servant Branch), during which the crowd sang music they’d learned in the last few days and received an invitation from missionary Nick Holovaty to start preparing now to join the Lord’s campaign in the Mississippi River Valley.

Peter Kabele, a senior from Portland, has already noticed fruit from the conference. “Every single day I’ve had conversations with people who went to the conference about the Holy Spirit, the changes the Lord has made in their lives and about what we want do in Action moving forward.”

“The Lord certainly showed up,” says program coordinator Mike Zusi. “The South Bend branch poured itself out to serve us. I can't say enough about the administrative work of Catherine Bulger—the conference wouldn't have happened without her—or the dedicated service of Andrea Kane, who organized all the food and housing. I expect we'll be seeing the fruit of this conference for quite some time.”