Collecting Coats for Refugees and the Homeless 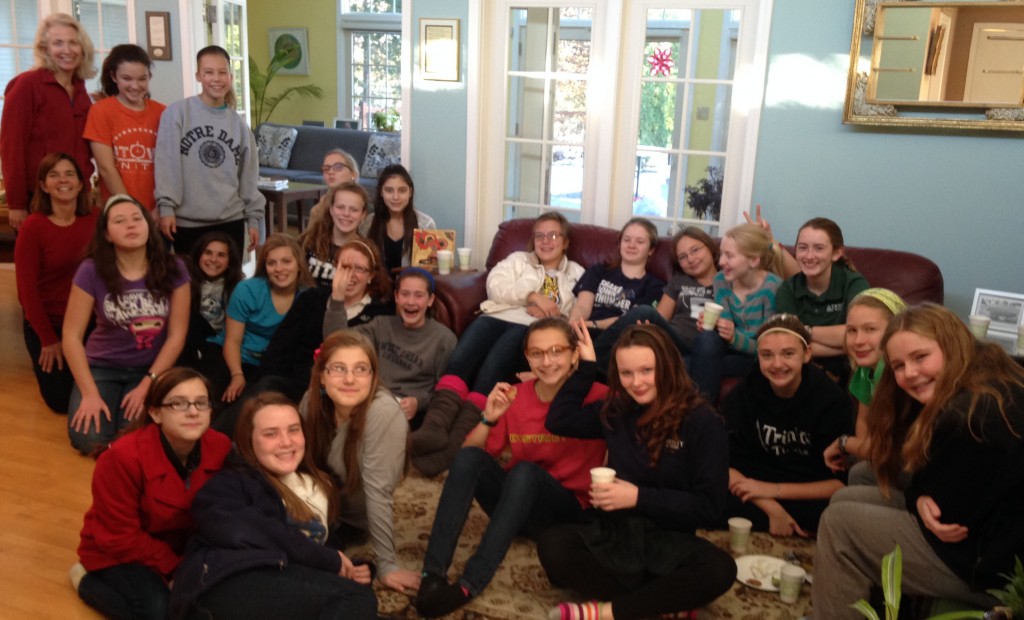 The girls of the seventh, eighth and ninth grade girls' youth group.

Beth Preuss was at a 25th wedding anniversary party for Gus and Karen Zuehlke when she first heard about the need for winter coats in Ukraine. Mike, a former missionary with ties to Christian aid agencies in Ukraine who asked that his real name not be used, planned to send a shipment of coats to help the refugees fleeing the conflict in the South and Eastern parts of the country.

According to a recent UN report, close to one million Ukrainians have sought asylum either within Ukraine, in Russia or in other neighboring states. Many fled their homes last summer, expecting to leave for only a short time, but the continuing conflict has left them with few options.

“Most of the refugees have food to eat and a roof over their heads,” Mike says. “But the refugees lack warm clothes to survive the cold climate.”

With only 13 days to go until the shipment of clothing left the U.S., Beth sprang into action. She contacted the pastor of her church, Christ the King, and spoke with John Lee, the head of Trinity School at Greenlawn, about collecting coats in their locations. Both agreed. Her husband, Rich, volunteered to organize the drive at his workplace. The South Bend branch also ran a notice about the collection in the branch bulletin.

Trinity’s Student Life Committee decided to make the drive part of their annual spirit competition between classes, which led to widespread student participation.

“I was impressed by the high quality of the coats,” says Beth, who sorted and folded many of them with her daughters before bringing them to Mike. “Some were clearly new.”

Several families donated money to help with shipping the coats, while a few more families held a bake sale to raise funds for the shipping.

Beth says, “The Holy Spirit was moving in the hearts of all these people in our local area to have compassion on the refugees. I got to see the Lord at work in his people, and I was tremendously moved by it all. ”

The boxes will reach their destinations in Ukraine in time for the Ukrainian Orthodox Christmas, which is celebrated on January 7. Two organizations, Hope to People, in the city of Rivne, and Light in the East, in Kiev, will distribute the supplies to refugee families they support, and to other Ukrainian Christian organizations involved in relief work.

“I am very grateful for the overwhelming response,” Mike wrote to the South Bend branch.

Hats for the Homeless

Last year the girls in the seventh, eighth and ninth grade youth group collected blankets for the residents of South Bend’s Center for the Homeless.  “This year the center’s executive director was happy to come speak to us personally about the need for other winter clothing,” explains Andrea Kane, who leads the group.  “He even brought a guest resident along, who spoke about her personal experience of homelessness and of getting back on her feet.”

The girls spread the word about the need for hats, scarves and mittens among branch members, and they went door to door in the Kanes’ neighborhood asking for donations. They also made 55 fleece hats and scarves. “All in all we sent 15 large bags and boxes to the homeless center,” says Andrea.

“I feel very grateful for my own coats and my warm clothes,” adds Christin Preuss, a seventh grader. “Just thinking about the people who don't have those things, I want to help them as much as possible. I thought this was a great way to help, and I felt like the Holy Spirit was in this.”