Trinity Academy in Portland has moved into a larger building after almost tripling in size since last year. The school, now in its fourth year of operation, has 45 students in the sixth through twelfth grades, up from 16 students in 2013-14. Twelve of these students are the children of community members, while the remaining 33 come from non-community families.

The growth has beaten the Vancouver/Portland branch's expectations. "We had projected that it would take 10 years to reach an enrollment of 30 students," says Charlie Fraga, who heads the branch and chairs the school's board. "We're very happy about the growth, and also extremely grateful to our good friend Haddish Tarekegn, a local Christian businessman, who made it possible for us to have a building with enough room for all of the students. 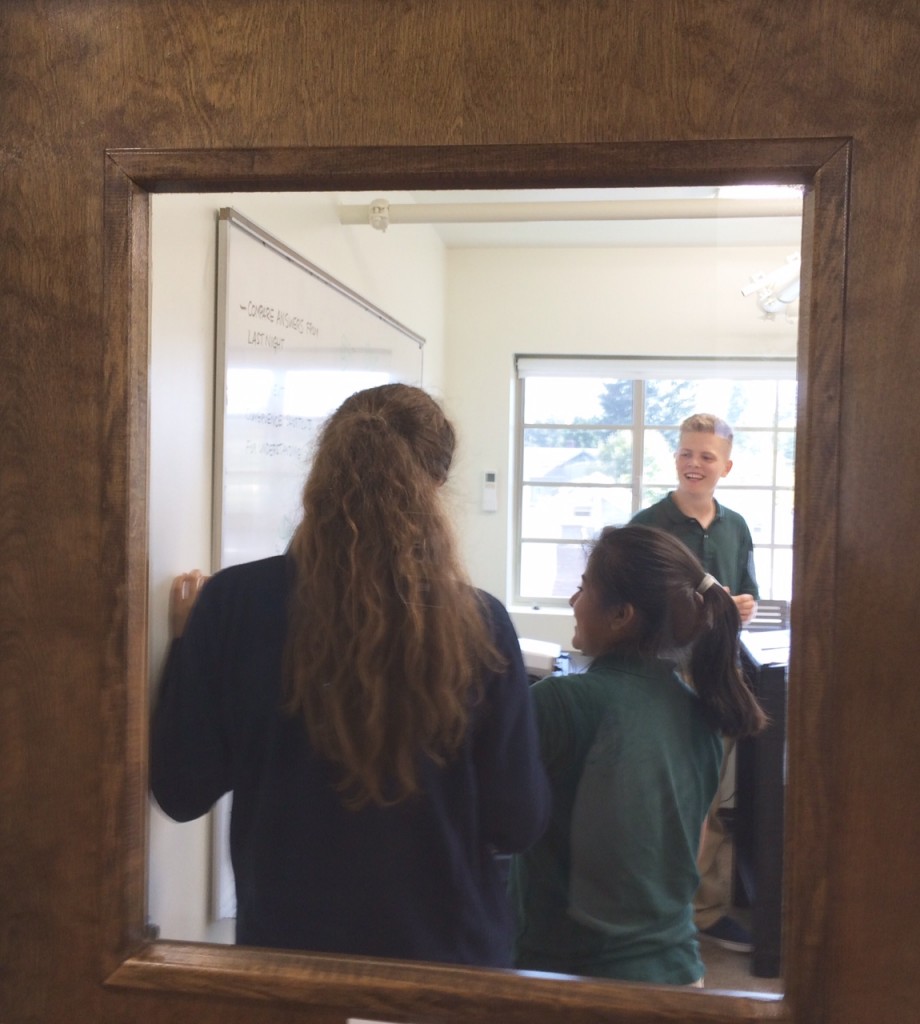 Haddish first heard about the young school and its need for space after a child's birthday party at Pat and Jo Clark's home. He offered to renovate a three-story, 10,000 square-foot building he owns in north Portland, in the same section of town that the branch has targeted for their city-building efforts.

Haddish and his wife Rahel Legese, both native-born Ethiopians, send their two young daughters to Holy Redeemer School, where several families in the branch also send their children. Haddish is the owner of Pristine Cleaning, a company which has a number of stores, offices and hotels in the Portland area as clients. He also invests in local property.

The renovation took over a year and included the creation of numerous classrooms, a faculty room, open space for morning prayer and assemblies, a basketball court, a courtyard where students can eat lunch during warmer months, a new exterior facade and a major structural upgrade to reinforce the building against earthquakes.

Trinity Academy now occupies the top story and part of the second story, which also houses Direct Development, a marketing company Charlie runs, and the Vancouver/Portland branch office. The offices can eventually move down to the first story to accommodate any future growth of the school. The school has signed a five-year lease.

Head of school Jo Clark says branch members have been crucial to the school's strong start. "In addition to prayers, excitement, enthusiasm and encouragement they have provided service-helping us move into our new building-and ongoing volunteer support. They have filled the seats at school events and they serve on the school's advisory council."

She notes that the five seniors at the school are "the kind of senior class any school would cherish." All five of these student pioneers-four of them children of community members-have attended the school since its first year: Christian Barajas, Carlos Castro, Peter Kabele, Stephen Kabele and Naomi Shreves. "The seniors are stalwart leaders," says Jo, "a delight to teach and great role models for the younger students." 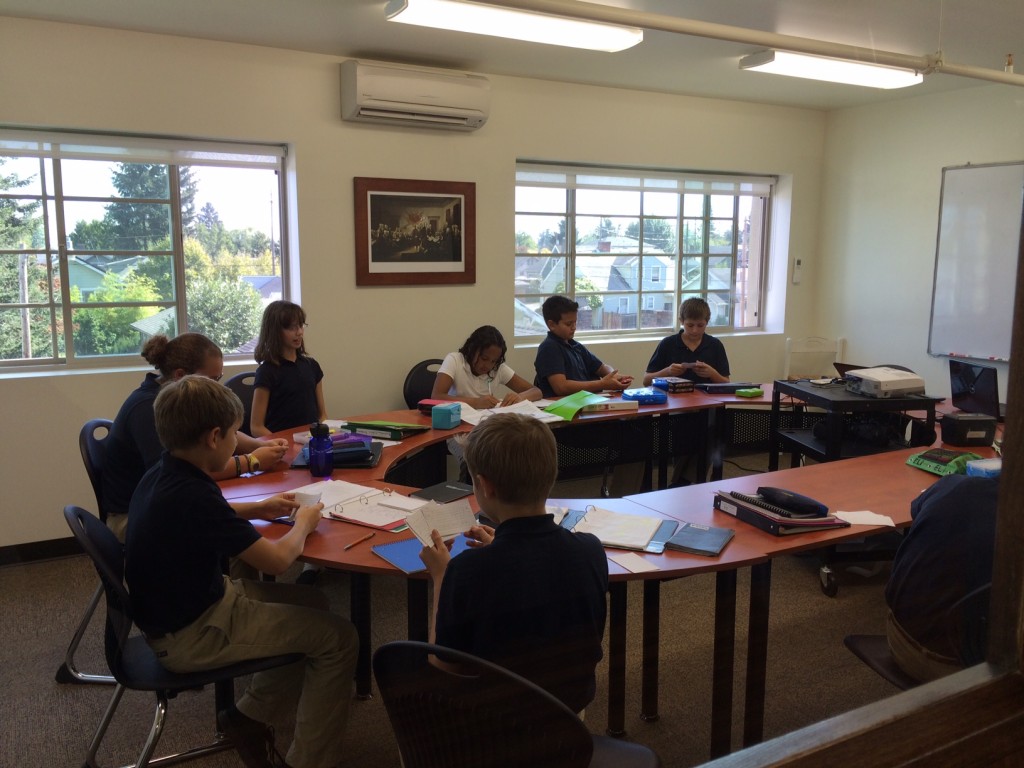 Some of the growth in enrollment occurred because Trinity Academy added a sixth grade this year. This was in response to parents' requests, since many local grade schools stop at fifth grade. Word of mouth accomplished the rest, and Eric Shreves, chair of the advisory council, credits branch members and current students' parents with getting the word out. "The result is a diverse student body with many denominations and ethnic groups represented," he says.

Jo says the faculty has played a big role as well. "I tell prospective parents that our teachers are very knowledgeable, wise and kind. This fall we have a great crop of new teachers who bring a lot of enthusiasm to the school and are proving to be exceptionally good at drawing out a sense of wonder in our students." Among the new teachers is Sam Mertz, a graduate of Trinity at River Ridge, who recently completed his history degree at Holy Cross College in South Bend. Martha Olson, a Trinity School at River Ridge grad, teaches part-time. The school has four full-time and 12 part-time teachers, including six community members.

As a member of the admissions committee, Charlie meets with most prospective students and their families. "I'm impressed with how sincere these parents are about raising their children in the best possible Christian and academic environment. They sense that Trinity Academy is what they've been searching for, and several have told me that they have never seen their child so happy at school before. A lot of that is due to Jo Clark who has worked indefatigably, doing whatever it takes to get this school off the ground. She has an obvious love for the school and for the students themselves."