A New Leader for the South Bend Branch 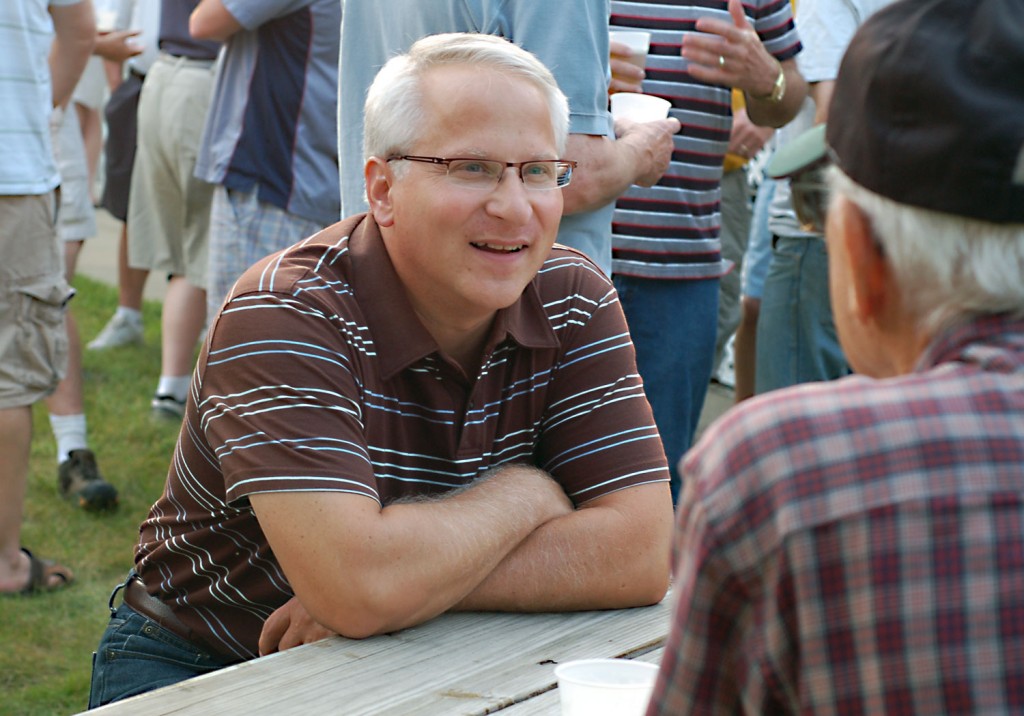 Rich Was talks with Clem Waters at a bachelor party for Abe Olson in South Bend on July 31.

Craig Lent has announced that the South Bend branch will have a new principal branch coordinator beginning in October. Rich Was will start a six-year term on October 15. Rich follows John Zwerneman who served two consecutive six-year terms.

Rich, 50, is a tenured coordinator who has served three terms as an area coordinator in South Bend. He has been married to Trice (Rose) for 25 years and they have five children: Christina, 24; Rich, 22; Katie, 19; John, 16 and Rachel, 13. Rich runs a State Farm Insurance agency in South Bend and has worked for State Farm for 23 years. He is a native of South Bend with a degree in economics and management from DePauw University, where he played on the football team.

“Rich is well respected by branch members and by his brother coordinators,” Craig says. “I am grateful for his willingness to take responsibility for leading the branch and for serving his brothers and sisters in this new way.”

Of John, Craig said simply, “He has done a terrific job,” before his words were interrupted by prolonged applause and cheering. John was elected to serve on the board of governors in May. His six-year term begins on December 1. The branch will have a chance to honor John at a later date, Craig said.

“Please pray for Rich and Trice and the whole branch during this time of transition,” Craig said.