Record-Setting Camp Wraps Up on the South Side 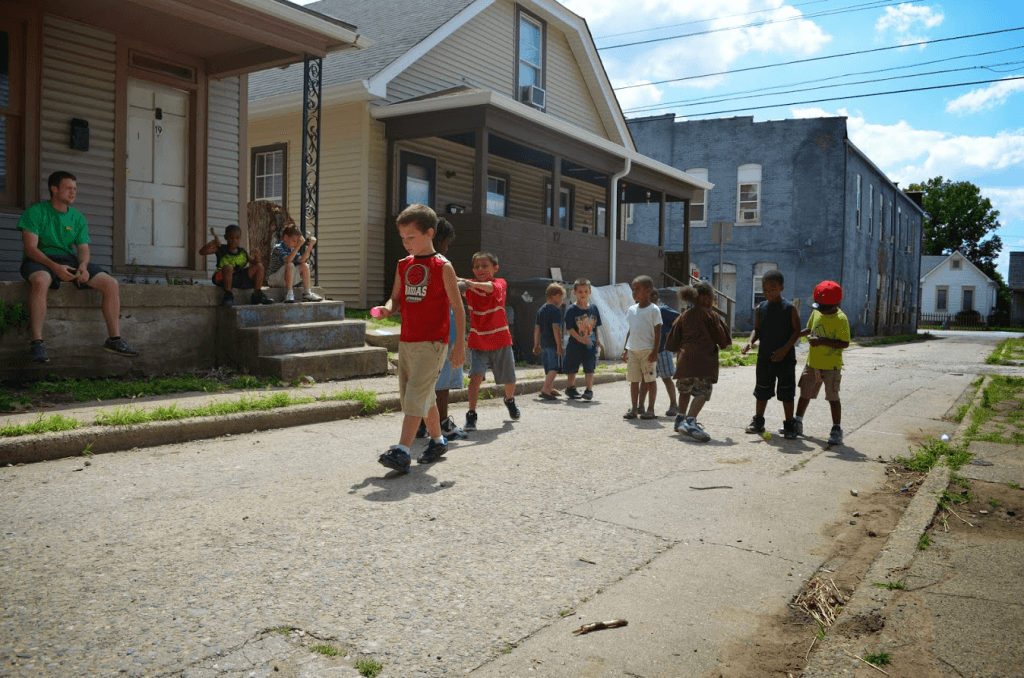 South Side boys gather for camp on Karcher Street in Indianapolis.

A summer camp for neighborhood children on the South Side of Indianapolis wrapped up on Friday, July 18. The camp, sponsored by the Christians in Mission team and staffed by visiting Action team members, started strong with a record 67 local children on the first day. Overall, approximately twice as many children participated as last year, says Jared Gonzalez, who headed the camp.

Abe Olson, head of the Christians in Mission team, says the camp is “succeeding in its goals of helping children on the South Side relate as brothers and sisters, teaching them about forgiveness and reconciliation, right speech, Jesus, Scripture and how to have fun and play well with other children. We expect the camp to bear lasting fruit in our relationships with our neighbors in years to come.”

Jared described a typical day for the boys. “We started with prayer, reciting the Lord’s Prayer so the boys could memorize it. Then we went on to activities like constructing birdhouses, growing herbs in Mason jars, making percussion instruments and even running an experiment with a gushing volcano. There was always plenty of time for dodgeball, basketball, whiffleball and soccer, with 20-minute breaks, which meant stopping for snacks and some talk about forgiveness, loving and honoring your parents, how to pray, and in particular how to pray for healing.” 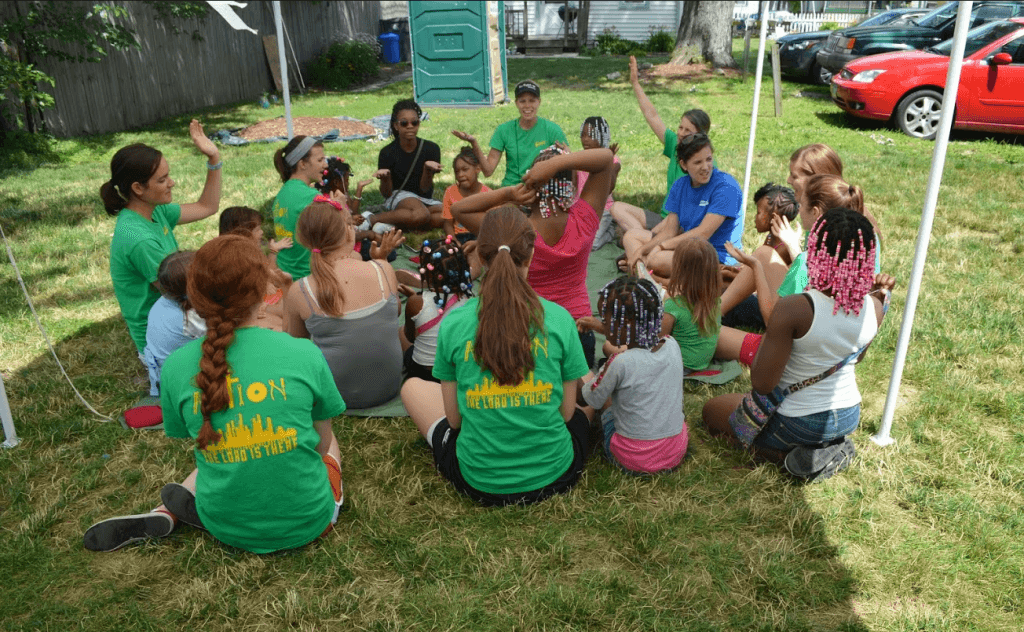 Ellen Putzier led the girls' part of camp and says she usually had the girls play games like freeze tag and Ships Across the Ocean. At crafts time they made marbled paper, created mosaics from colored paper, learned to paint in pointillist style and finger-knitted. They also took a field trip to a nearby church to see paintings and sculptures of Jesus. After hearing Ellen explain what was happening to Jesus in the artwork, one girl exclaimed, “Keep telling stories about Jesus!”

Genevieve Kane, 14, an Action team member from South Bend, said making ice cream was her favorite camp activity. "The neighborhood girls were very open and very good about asking for forgiveness and apologizing when they did something wrong."

Walt Seale said he could already see some of the fruit of the camp at a block party on July 11. “The girls from camp performed a praise dance and the boys did a drumline, so that drew more kids and family members to the party. We had almost 150 people!”

Ellen attributed some of this year’s growth to a couple of scheduling changes made by the planning team. During the camp’s first two years, a number of the children were still in bed when camp staff came by to pick them up. Also, the children were often confused about the camp schedule. “So we took action,” explained Naomi Coney, a member of the planning team. “We moved camp to the afternoons, put it on a regular Monday-through-Friday schedule, and made a plan to keep the camp going when Action teams weren’t available.” 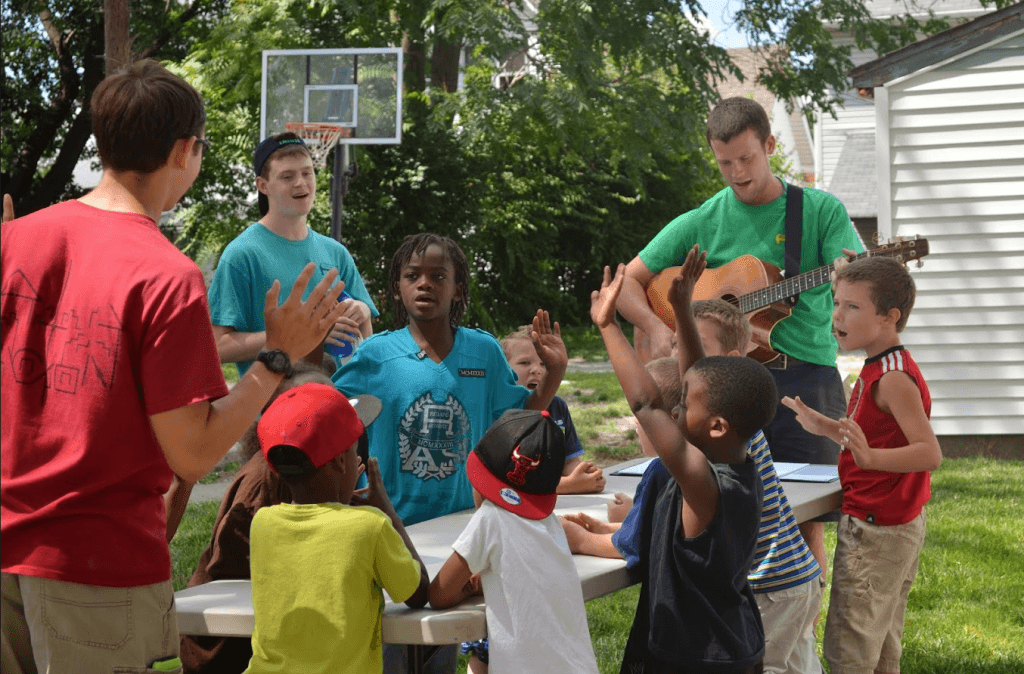 Camp for the boys began with prayer each afternoon.

Abe thanked all the members of Action for their hard work. “In order to make the camp work the Action staff gathered a team, developed a curriculum and ran the activities. They are a bunch of heroes! Community members from the Indianapolis branch also helped out quite a bit, as well as volunteers from the Muncie branch and Servant Branch."