by Sean Connolly and Chris Meehan 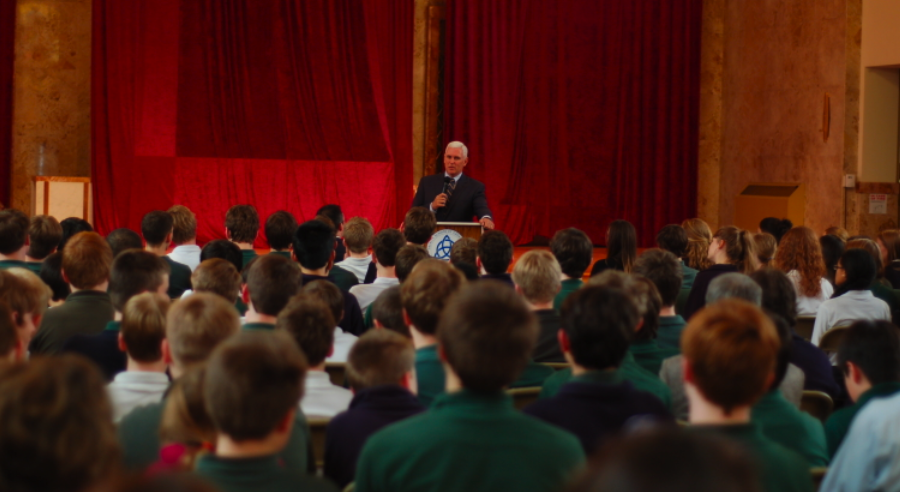 Indiana Governor Mike Pence visited Trinity School at Greenlawn today to offer his “heartfelt congratulations” to the school on its fourth Blue Ribbon Award from the US Department of Education. Governor Pence said that Trinity Greenlawn is the first school in Indiana and one of just nine high schools in the US to win the award four times. In an address to students, faculty and guests, he said that the Blue Ribbon is “widely considered to be the highest award that any US school can receive.”

“The award is a tribute to the hard work of the students,” he said, but he was quick to credit Trinity’s teachers. “No doubt . . . this is one of the finest assemblies of teachers in the United States of America.”

He took time to honor Kerry Koller, the president of Trinity Schools, and one of its founders, for his vision and his faith in starting not just one but three Trinity schools across the US. He recounted how Kerry had told him the story of how God had given the Greenlawn property to Trinity and to the People of Praise in 1981. He quoted Kerry’s short summary of the story, “It was just God.” 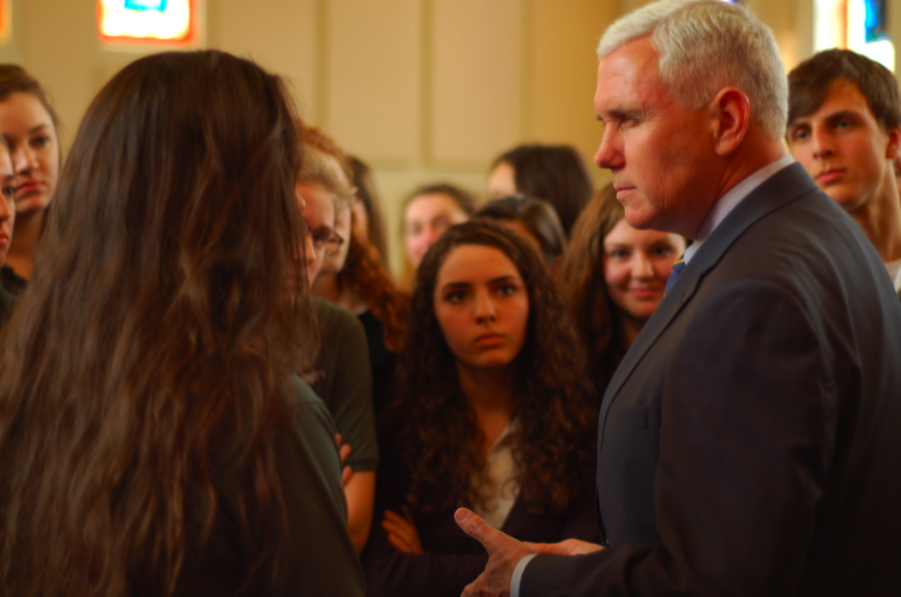 The governor told the students about his childhood growing up in the small town of Columbus, Indiana. He said that a pivotal moment of his life came at age 18, during his years as a student at Hanover college, when he “made the decision to trust Jesus Christ as my Savior.” He went on earn a law degree and serve six terms in Congress, before becoming governor of Indiana in 2013.

His advice to students: “Make sure that you take time at this time in your life to grow in the inner man and the inner woman. Work to become the kind of person that people will follow, and that begins with character, wisdom, understanding and compassion,” ideals already on display at Trinity.

Head of School John Lee presented the governor with some gifts from the school, including  a Blue Ribbon t-shirt and a copy of The Peloponnesian Wars, written by the Greek author Thucydides in the 5th century B.C. “It’s a great read,” John told the governor.