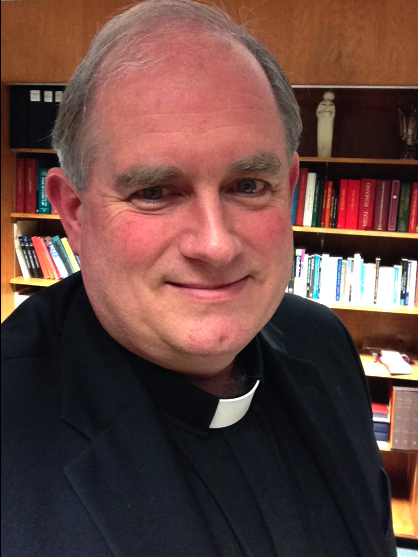 Pope Francis has appointed Fr. Peter Smith (Vancouver-Portland) to be the auxiliary bishop of the Roman Catholic Archdiocese of Portland, Oregon. The appointment was announced in Portland at 9:30 a.m. Pacific time on Tuesday, March 4. Fr. Peter follows Bishop Kenneth Steiner who retired in 2011.

Peter has been a member of the Brotherhood of the People of Praise since 1983. He has served the Archdiocese of Portland as the vicar general and moderator of the clergy since July 1, 2013. His ordination as bishop is tentatively scheduled for April 29, 2014.

“Peter is a pastor who turns people’s minds and hearts to Jesus in his homilies,” according to Joel Kibler, who heads the Brotherhood and has been Peter’s friend for almost 30 years. “He prays with people for physical healing and he helps people to reconcile with the Lord. He has a great sense of humor and he is always dependable.”

Peter says, “I am humbled and grateful for the Holy Father's confidence in me. Please keep me in your prayers as I step in to this new role with all its responsibilities and challenges.  Pray especially for God the Father's blessing and protection."

Peter Smith was born in 1958 in Pietermaritzburg, South Africa. He is the oldest of six children. At age 18, he served in the South African army, before earning degrees in business and law from the University of Natal. In a biographical article he wrote for the book, A Priest’s Life, he says that he had expected to join his father’s law firm, until he heard the Lord calling him to explore Christian community in the United States.  “I didn’t know it then, but I was to spend only nine months in the next 26 years back in my homeland,” he wrote.

Kevin Ranaghan met Peter in South Africa in 1981. “I could see how deeply committed he was to the Lord and to the Church. I sensed that he was a young man seeking to serve and equipped with many gifts for service.”

“This is terrific news for our brother Peter,” said Craig Lent, the overall coordinator of the People of Praise. “I know I can speak for the whole community in expressing my heartfelt congratulations. I am delighted that Peter can serve the Catholic Church in this new way.”