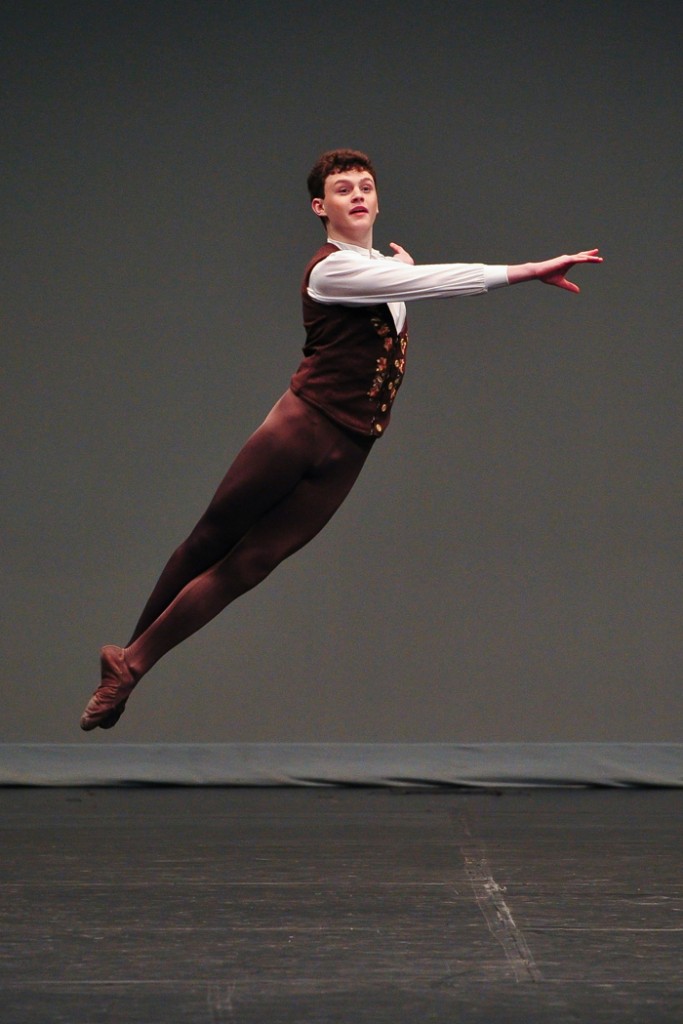 Tom Zusi's performance from Copelia earned him a spot in a national ballet competition.

The Indianapolis semifinal was sponsored by Youth America Grand Prix (YAGP), “the largest student ballet scholarship competition in the world,” according to the YAGP web site.  It brought together more than 500 student dancers representing 72 dance schools from 18 states, Canada and Japan. Tom competed in the junior division as a member of South Bend’s Southold Dance Theater. He is the son of Mike and Nora Zusi (South Bend).

“I’ve been rehearsing since early August, so I was ready,” says Tom. In fact, Tom has been doing ballet since he was three, part of a family tradition that includes his four siblings (Lily, 16; Paul, 12; Julia, 10; and Ben, 9) and their mother, Nora.

The whole family traveled to Indianapolis to watch Tom and Paul, who performed as part of an ensemble. “Tom’s first jump was so high there were audible gasps of surprise from the audience,“ says Mike. “As soon as he did his quadruple pirouette without a wobble I relaxed,” adds Nora. “I knew he’d be fine from then on.”

“I felt that I danced well,” says Tom, “at least good enough to be in the top 12 dancers out of the 118 in my age division, but we had to wait six hours to hear the results. I really didn’t expect to be in the top three.”

Stephen Sanford, son of Russ and Ruth Sanford (South Bend), and a principal dancer at the Grand Rapids Ballet in Michigan, was less surprised. “It was wonderful news to hear about Tom’s performance,” he said. Stephen taught Tom in a weeklong intensive class last summer and got to congratulate him in person last week. 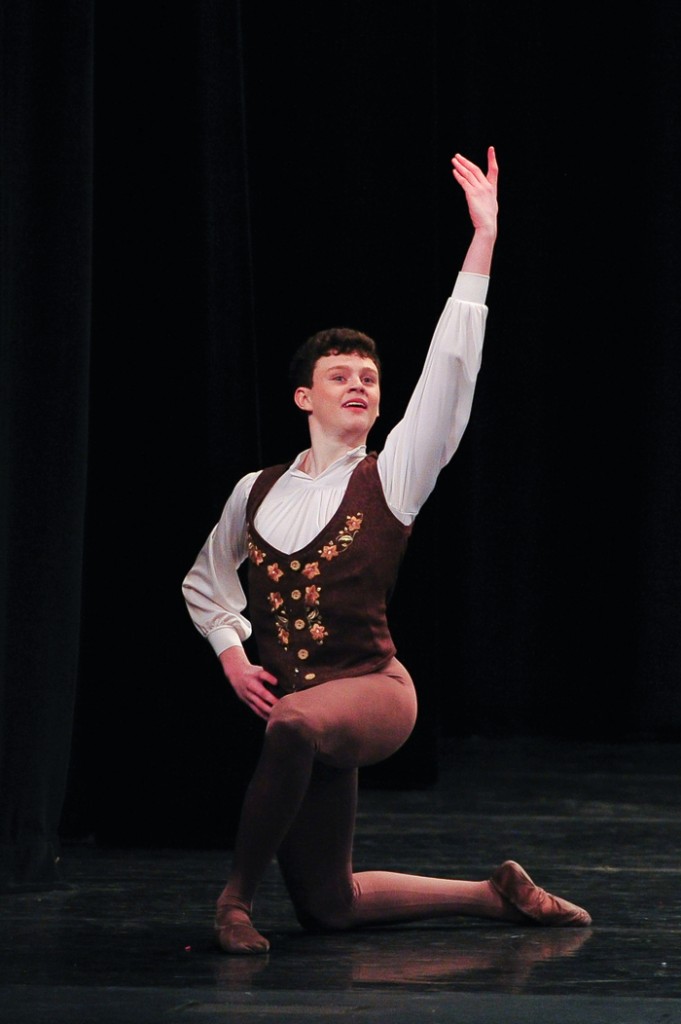 Tom Zusi finished second in a regional ballet competition in early March.
“It was the best I’ve ever seen him dance,” adds Mike. “His performance was strong, graceful, athletic, controlled and, to my untrained eye, flawless. Tom has worked long and hard with great dedication and discipline. He’s kept up with his schoolwork and all his other commitments too.  For him to perform so well was thrilling for all of us.”

Since August, there have been many weeks in which Tom’s lessons and rehearsals took up almost 20 hours. “Ballet is a good outlet for my energy and keeps me in good shape,” he says. “You have to exercise to have the strength to control your body and to lift your partner so it ‘looks effortless,’ as one of my instructors says.”

There are other benefits to the training: “I can jump much higher than most guys my age on the basketball court, and I don’t get injured often because my body is used to lots of stretching.”

Mike and Nora admit that it’s not an easy job, managing a household of seven, six of whom have ballet commitments and two of whom are students at Trinity School, while Nora homeschools the three youngest and two more community children. Mike works full-time as a program manager for Honeywell Aerospace, serves on the People of Praise board of governors and is head of the Action program office. “Our family couldn’t do what we do without the support of the community,” says Mike.

“I love the Zusis,” adds Angela Leachman, Southold’s managing director, listing all their names off the top of her head. “They are a very dedicated family.”