Two Are Cancer-Free After Prayer 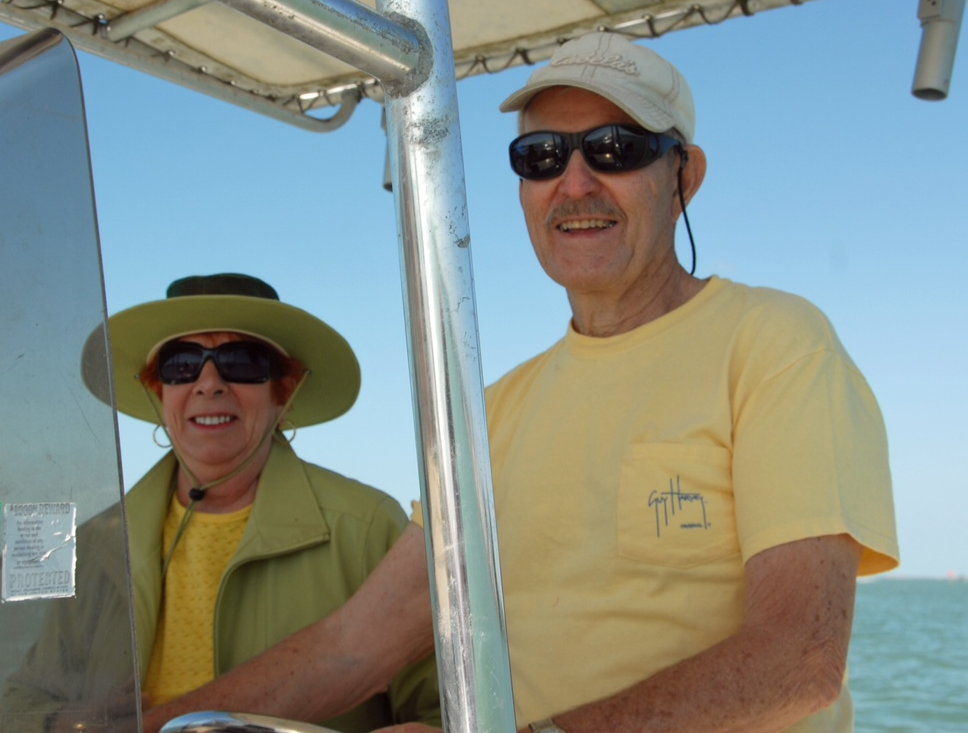 Byron Johnson, 80, divides his time between Michigan’s Upper Peninsula and Englewood, Florida. He’s a friend and fishing buddy of Dave Farabaugh, a fellow retiree who used to spend winters in Florida but now lives year-round in Elkhart. Dave is the father of Nano Farabaugh, who heads the Sisterhood and lives in the Sisterhood household next door to Dave’s home.

Two years ago, Byron stopped by to see Dave on his way down to Florida. Over dinner, he shared some bad news with Dave, Nano and the other members of the Sisterhood household: “I have prostate cancer.” The cancer had not metastasized, but appeared self-contained. Several doctors had laid out treatment options involving radiation, chemotherapy or surgery, but on the advice of a doctor at the Moffitt Cancer Center in Tampa he’d begun to receive hormone therapy treatments at four-month intervals.

Nano and her housemates offered to pray right then and there. When Byron relates the story of what happened next—and he says he’s told the story many times over the last two years—he never fails to choke up. “I had a religious experience,” he tells Nano, in an interview conducted for this article. “When you all prayed for me, something was going on inside of me I’d never experienced before. It’s really hard to explain. It was . . . fantastic! Yeah . . . It was tremendous. Tears came to my eyes and I felt so blessed.”

After that prayer two years ago, Byron continued to Tampa for an annual check up, which included an MRI. Later, when the doctor showed him the results, Byron asked, “Where is the cancer?”

When Byron explained that he had been prayed with, the doctor told him that prayer often works. As a precaution, the doctor also urged Byron to continue his hormone therapy, which he did.

“I was healed. It was miraculous,” Byron says. An MRI in February, 2012, also revealed no trace of cancer.

In early August, Byron visited Dave and the Sisterhood again to tell them about the healing, bringing along Polly Gobis, who was traveling with him to Florida. Polly explained that she had recently developed suspicious spots on her lungs as well as signs that the skin cancer on her scalp she had previously battled had returned. Again, Sisterhood members offered to pray.

Polly went to the Moffitt Cancer Center on Friday, August 17, and learned that the spots on her lungs were just nodules and that her scalp was free of cancer.

“Do I think the Lord healed me? Absolutely! There’s no doubt in my mind,” she says.