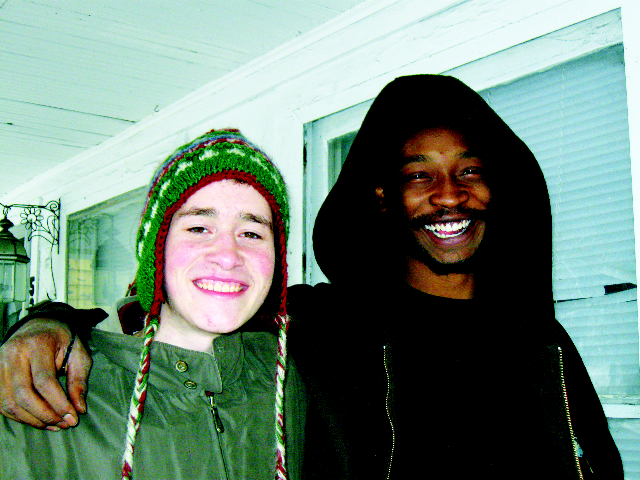 Missionaries Peter Putzier and Joe Bulger (Indianapolis) were rapping on the door of a small South Side home, when Robert, a trim, 6’2’’ young man, turned the handle.

“Repent, for the kingdom of God is here!,” Peter said, delivering a message he’d received in prayer that morning.

Robert nearly cut him off. “Oh man, I had a dream about you guys!”

The night before, in his dream, he had seen two men come to his door: two men who looked exactly like Peter and Joe. Robert had been unable to speak in the dream, but he talked eagerly with the missionaries

Robert’s friends, a man and two women, joined the conversation,
asking questions about predictions that a world-altering tragedy is coming in 2012 and whether it’s okay to smoke marijuana since God made it.

“God made bears too, but they’re still dangerous!,” Peter replied with a smile.

After half an hour of talk, Peter addressed Robert directly: “What are you going to do about the dream? What’s your next step?” Robert said that his mother wanted him to go to church again. He said he’d take her the next day.

“Robert was in awe that we were there,” Peter remembers. “He recognized the hand of God.”

A couple of weeks later, Peter and Joe went back to see Robert. He had gone to church the Sunday before. He also said he wanted his newborn son to grow up knowing about the Lord. “It was clear that what we had talked about during our first visit was on his mind. The Lord had definitely paved the way for us!”