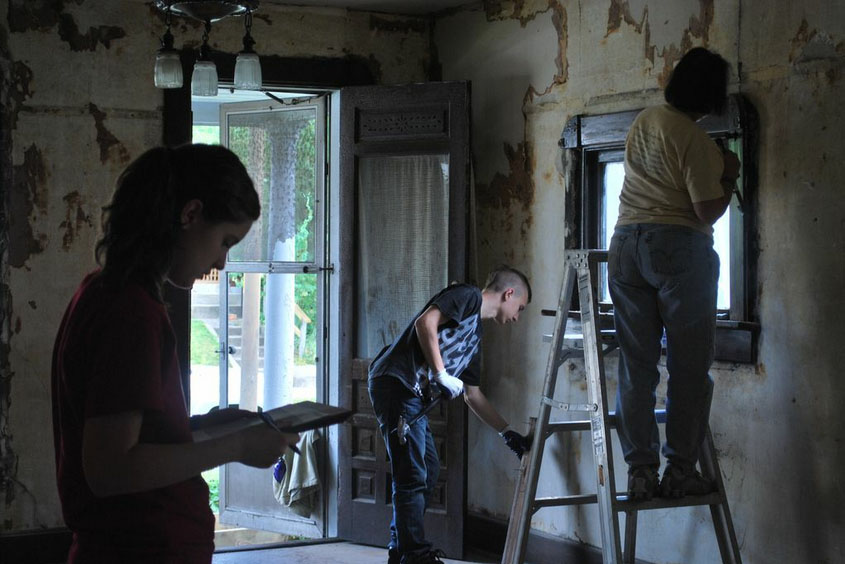 Yesterday in Indianapolis, a team of 14 volunteers began working at two homes on the South Side, busting up concrete and hauling out trash and debris that had accumulated over decades. The team is the first of six Action teams that will work in Indianapolis and Allendale this summer, repairing homes, meeting neighbors and running camps for local children.

The first Indianapolis team will gut the inside of 1646 Union Street, a duplex, removing plaster and lath from the walls, tearing out old wiring and replacing a wood floor in preparation for a total renovation of the house. The house was overrun by cats until a Christians in Mission team member bought it in July, 2011. Paul Hommes (CIM Indianapolis), who is supervising the renovation, says later teams will scrape and paint the exterior of the house, take down the chimney and prep the inside for further construction. 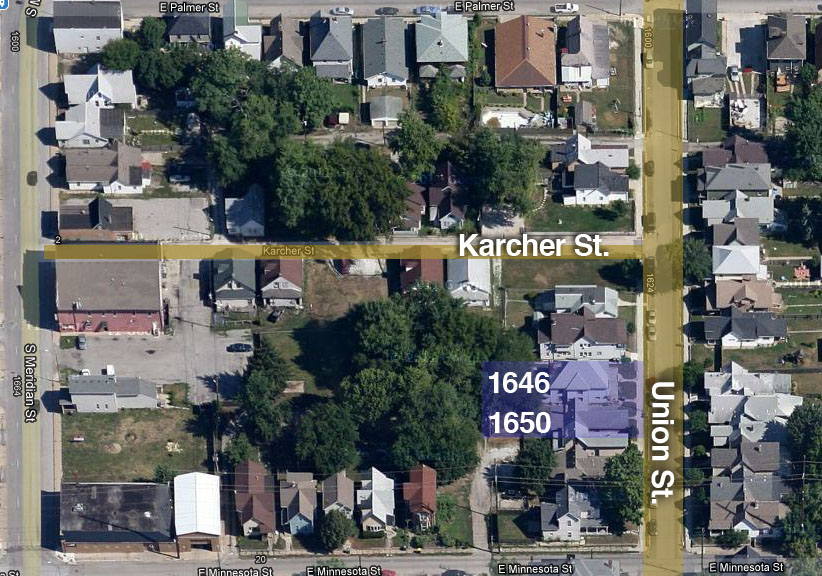 On the South Side of Indianapolis, Action volunteers are working on 1646 and 1650 Union Street. CIM team members live close by in houses on both Karcher and Union streets.

On Thursday, team members will take a break from the dirty work to knock on doors and tell neighbors about the first People of Praise day camp for South Side children. The camp will begin on June 20 and run for about two weeks. “Our summer camp has been such a success in Allendale that we want to try it here. We already have some solid friendships with South Side children,” says Michael Coney, head of CIM in Indianapolis. “It’s a challenge not knowing who will be coming, or how many, or what their needs might be,” adds Jo Zimmel (Servant Branch), a veteran of past Allendale camps and Servant Camp. She will be leading the new Indianapolis camp with help from her husband, John. “But we think it’s God’s will to have this camp and I’m confident that it’s going to be great.” Jo is ready with activities that will work for a variety of age groups and numbers of children.

In Allendale, Action work will begin on June 18. The summer camp, in its tenth year, will run for six weeks, and Ben Reinhardt, who is leading the Action work there, says he is planning for 50 children to attend on most days. (Attendance topped out at 57 last year.) Planned activities for boys include football, basketball, building birdhouses and racing pinewood derby cars. Planned girls’ activities include jumprope, praise dancing, cooking, Bible skits and making stained glass crosses. 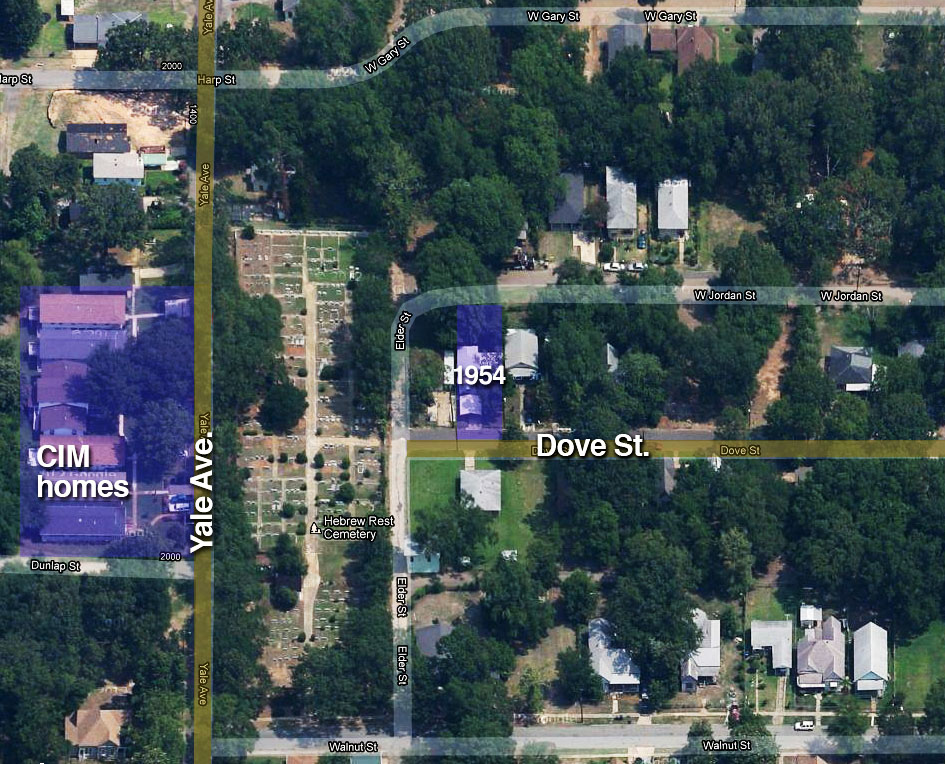 In Allendale, Action volunteers will be renovating 1954 Dove St. CIM team members live in a string of contiguous houses located on Yale Avenue.

Several home-repair projects for neighbors are also on the docket for Allendale Action teams: painting a shed, removing and replacing an awning, installing new windows and repairing walls. Team members will also tackle kitchen and bathroom repairs, refinishing floors and painting at a house on Dove Street acquired by the People of Praise in March, 2012.

“We are beginning this 11th summer of work with a big head of steam thanks to the Action Conference we held in April,” says Action program coordinator Mike Zusi (South Bend). "We are grateful to be participating in our Father’s campaign to save the Mississippi River Valley. Pray especially that God will bless our neighbors and all the children who will be coming to our camps.”

So far 102 volunteers have signed up for summer Action trips. Action administrator Catherine Bulger says slots are still open on some Action teams, especially for adults. Contact her at [email protected] right away if you are interested in joining a team.