In South Bend, Back Pain Disappears 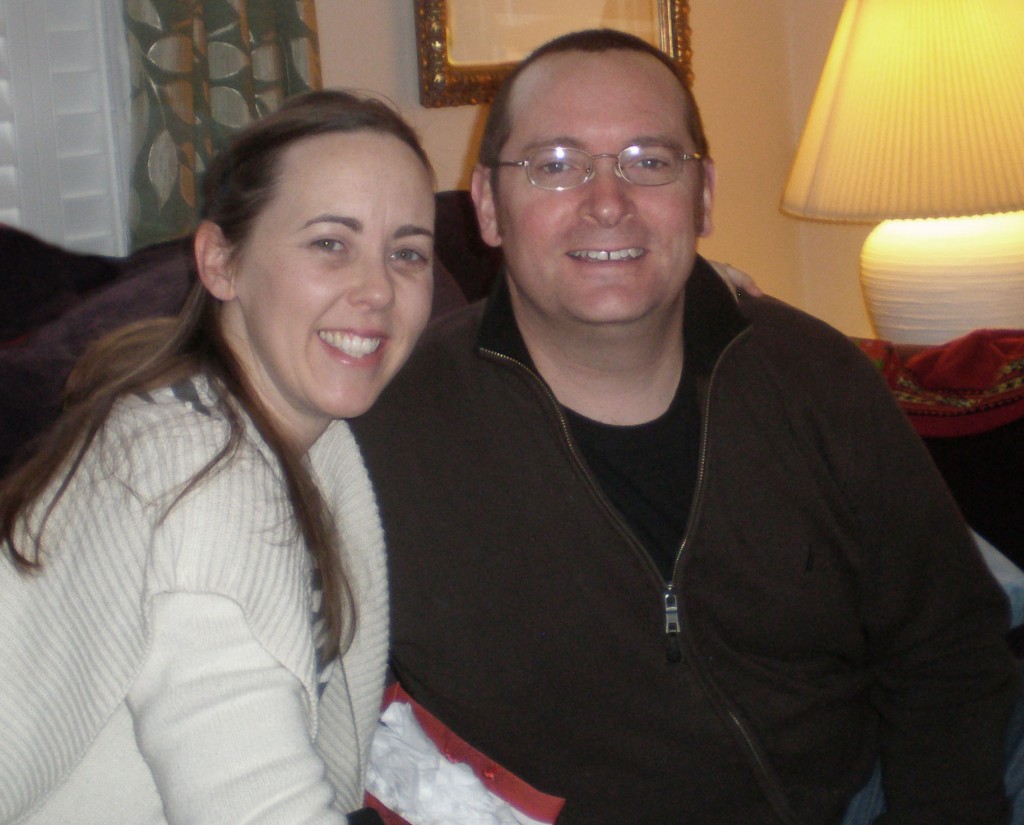 Early in the afternoon on December 4, Megan Sgroi (South Bend) was pushing her grocery cart up and down the aisles when she felt the pain level in her back rising. She didn't think she had the strength to finish her shopping, so she left her cart in front of the service desk and hurried home for a rest. She thought about skipping the community meeting at 3:00, but decided she would go and brave her way through it.

She spent most of the meeting lying down at the back of the room. When the meeting ended, Jodi Engles and Claire Kurdelak chatted with Megan and then prayed with her. Megan also asked for healing prayers from Mark Timler, who was serving on the prayer team.

Megan says she didn’t experience any drop in her pain level during the prayer, “but within two or three days I noticed all the pain was gone."

Now, almost two months later, Megan’s back is still feeling fine. A part-time nurse and mother of five, she no longer has trouble loading the dishwasher, shopping for groceries, sitting at a desk at work or sleeping through the night. “I’m able to do everything I need to do at work and at home,” she says.

Her struggle with back pain began in August, 2010, and seemed to be triggered by a strenuous exercise routine.

“Megan was in pain all the time,” her husband Pete remembers. "She had to lie down several times a day.”

“Pete and the kids would help when they could,” Megan says, “but with him working and five children ages 2 to 11, our hands are pretty full. Life still goes on . . . so I did too.”

An MRI revealed a bulging disc in her lower spine which was pressing on a nerve. After a few months of physical therapy last winter, Megan began receiving spinal injections from an anesthesiologist. One of the injections worked, but six months later the pain returned, as bad as it had ever been. She experienced the pain for about three weeks, before it disappeared again, three days after the December 4 community meeting where she received prayer.

A few weeks after the pain left, at Christmastime, Pete and Megan hosted two dinners for 23 members of Pete's family. “Megan went well above and beyond the call of duty for us,” says Pete’s mother, Gerry Sgroi (South Bend). “She was carrying on like a house afire for days.

"She couldn’t have done that before.”