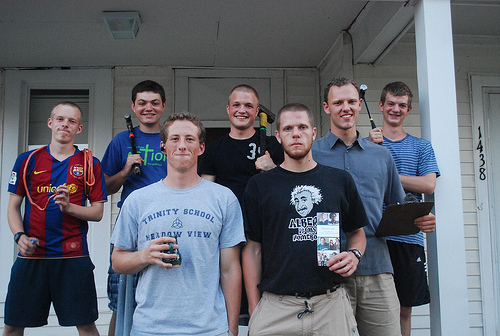 Six high school boys from across the community spent their summers in Indianapolis for the first ever Action Summer Internship (ASI). The young men lived in a Christian household, gained experience in carpentry and plumbing, and served as a consistent and reliable backbone for visiting Action work crews.

The chance to learn building skills drew Jonathan Willard, 16, from Servant Branch. "I came because I wanted time to learn how to actually accomplish stuff and not have to keep stopping and asking for directions,” he said.

His cousin, 16-year-old Josiah Johnson, also from Minnesota, said his goal was to participate in as many Action trips as possible--in this case, three. Most of the young men stayed in Indianapolis for six or eight weeks allowing them to work alongside multiple Action crews.

George Kane (Indianapolis), a junior pre-med student at IUPUI,  led the ASI with help from fellow college students David Gruber (Indianapolis) and Matt Rubio (northern Virginia). “We wanted to provide a concentrated experience of community life, so we worked, ate, prayed and relaxed together. We also listened to several challenging talks a week by Walt Seale (Indianapolis)," George said. “Sometimes we talked into the night after Walt’s presentations," said John Loughran, 17, from South Bend. 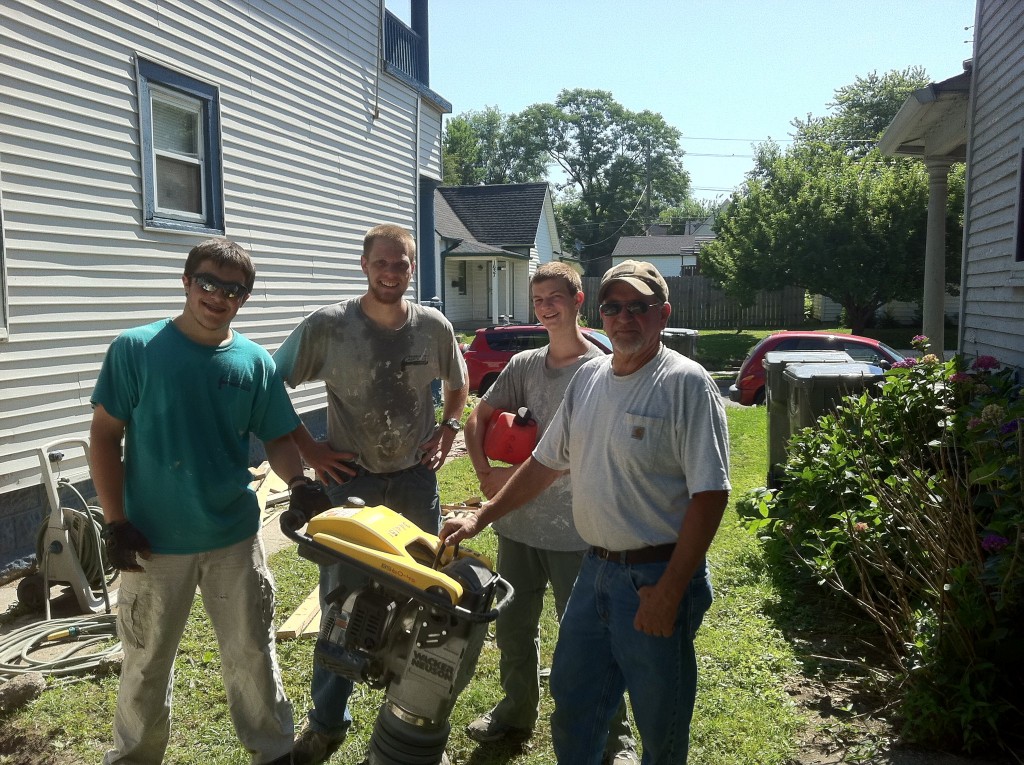 Jonathan Willard, who received the baptism in the Holy Spirit during the summer, said he appreciated the opportunities for group and personal prayer that the internship afforded. "I was surprised at what a spiritual experience the ASI was."

For John Burke, an 18-year-old from the Rockford, Illinois, area, the internship was an inspiration to move to Indianapolis permanently. John did not grow up in the community but first became interested in Action after hearing about it from C.J. Newburn (Rockford). He has since joined the college men's household in the Triangle and is working to establish Indiana residency so he can attend college in Indianapolis.

He says a highlight of the summer was gutting two houses in preparation for renovation. “Destruction is my speciality!,” he says proudly, before recounting the day when he and David Gruber were given the task of removing a tree that had grown around and through a fence. “You’ll never get it out," one of the more experienced team members remarked. “But we did—and in only two hours!," John reports.

Thomas Brophy, 16, from Colorado Springs, remembers helping John Burke clear debris from a recently purchased duplex. “We had given up cleaning on our first attempt because the stench inside from rotting animals was too strong,” he says. Once they removed the decay and the place became tolerable, the young men threw themselves into the work, tearing up old carpets, and filling up a dumpster with dirty, smelly trash. Once in a while, Thomas would let out a yell just for fun as he tore into something big, heavy or especially grimy.

“We accomplished all of our most important renovation objectives for the summer,” says Paul Hommes (Indianapolis) who managed the Action work projects in Indianapolis. "It wouldn’t have happened without these young men on the ASI. When we were short on adult men the last two weeks, they took what they learned and rose to the occasion.”

“I was impressed and encouraged by what all of us in Action were able to do,” adds Chris Kadera, 17, from Servant Branch. “The Lord can really use us!”